Will our grandchildren still be able to see elephants? 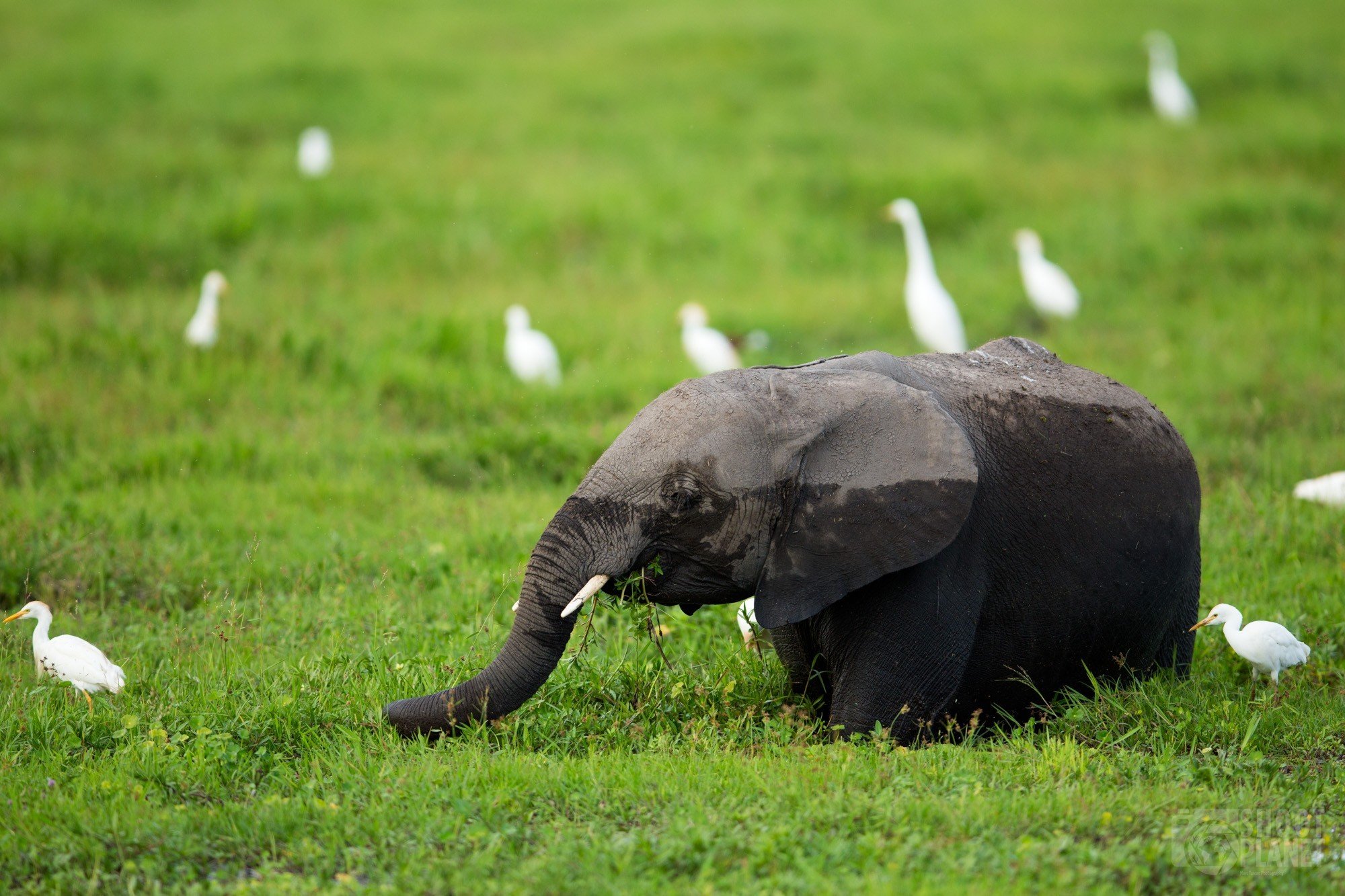 How long will we still be able to see the world’s natural beauty and wildlife? To illustrate this question with one out of (sadly) many examples, you’ll find in that post a few facts and trends on what’s happening to the elephants. And perhaps we should ask ourselves who the real “dangerous animal” is – elephants or humans?

Why are elephants amazing?

The elephant is the largest land mammal creature on Earth. It is an amazing and beautiful creature that we are still fortunate to observe (outside of zoos) mostly in Africa and in Asia.

For example, here are two shots from the Ngorongoro crater in Tanzania and central Sri Lanka (more in the galleries if you are interested). 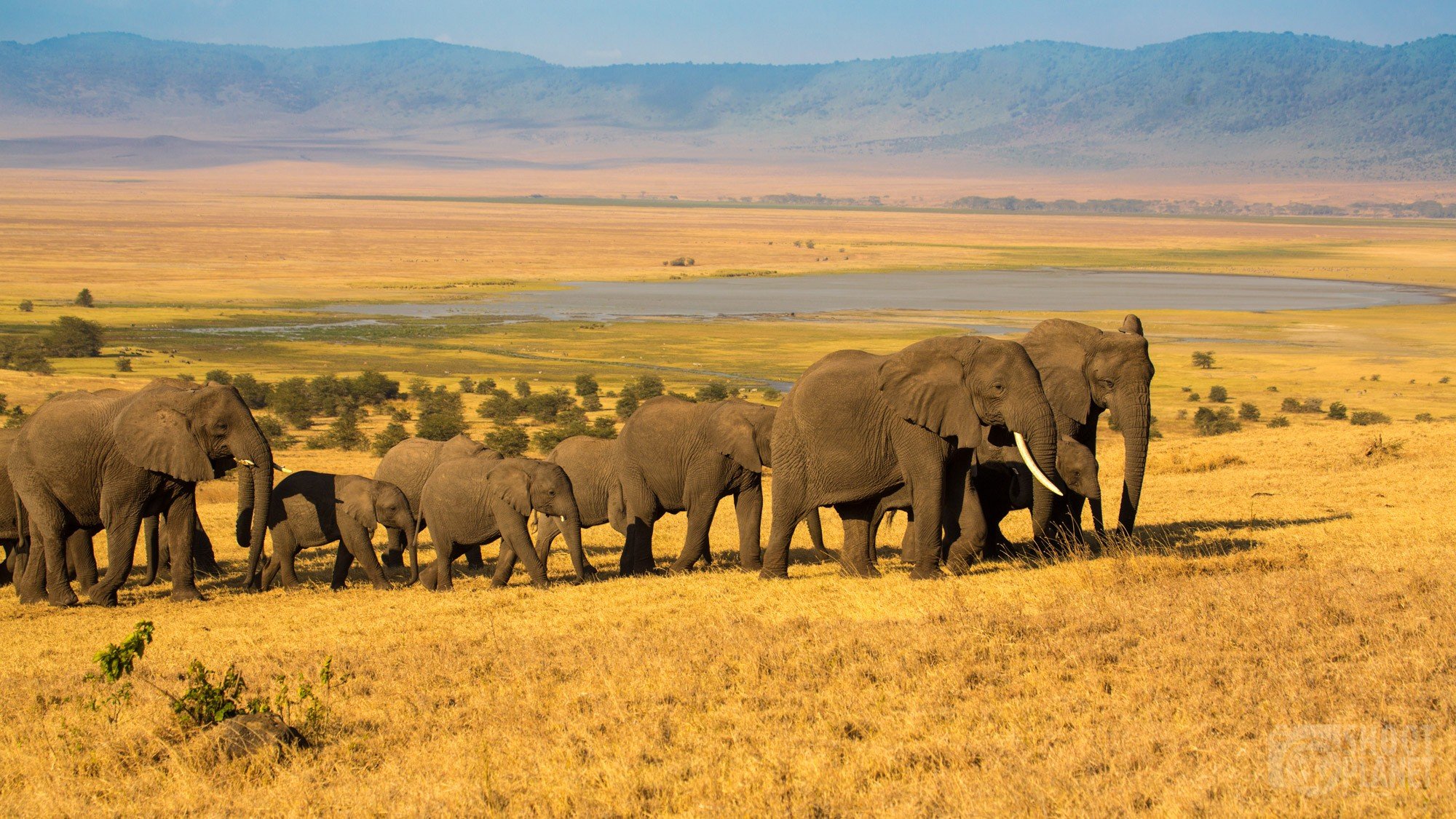 Such a beautiful animal, isn’t it? 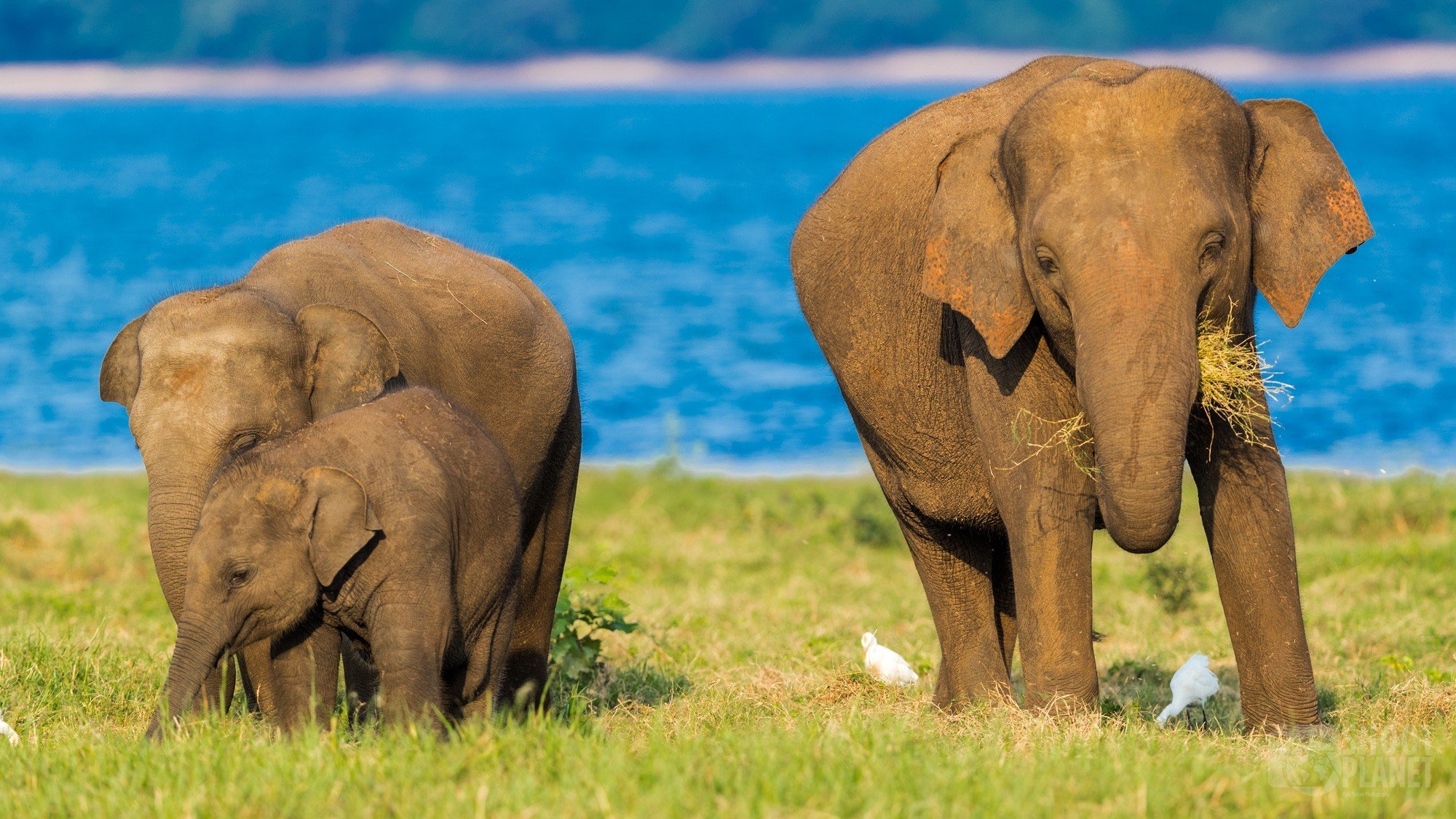 More importantly, beyond their cuteness, the elephants have an amazingly deep family bond. Under the leadership of the female head of the group, the calves are taken care of by the entire herd during their first 12 years (for males) and often for the mother’s lifetime for females.

It is scientifically proven that elephants are a very clever species, with amazing abilities in communication, not only by purring but also through a rumbling sound that they can hear from long distances (they don’t even need an iPhone).

It has also been made clear through observation that elephants have high emotions, feelings, and care, like this peaceful family at the foot of the beautiful Mount Kilimanjaro in the Amboseli national park in Kenya. 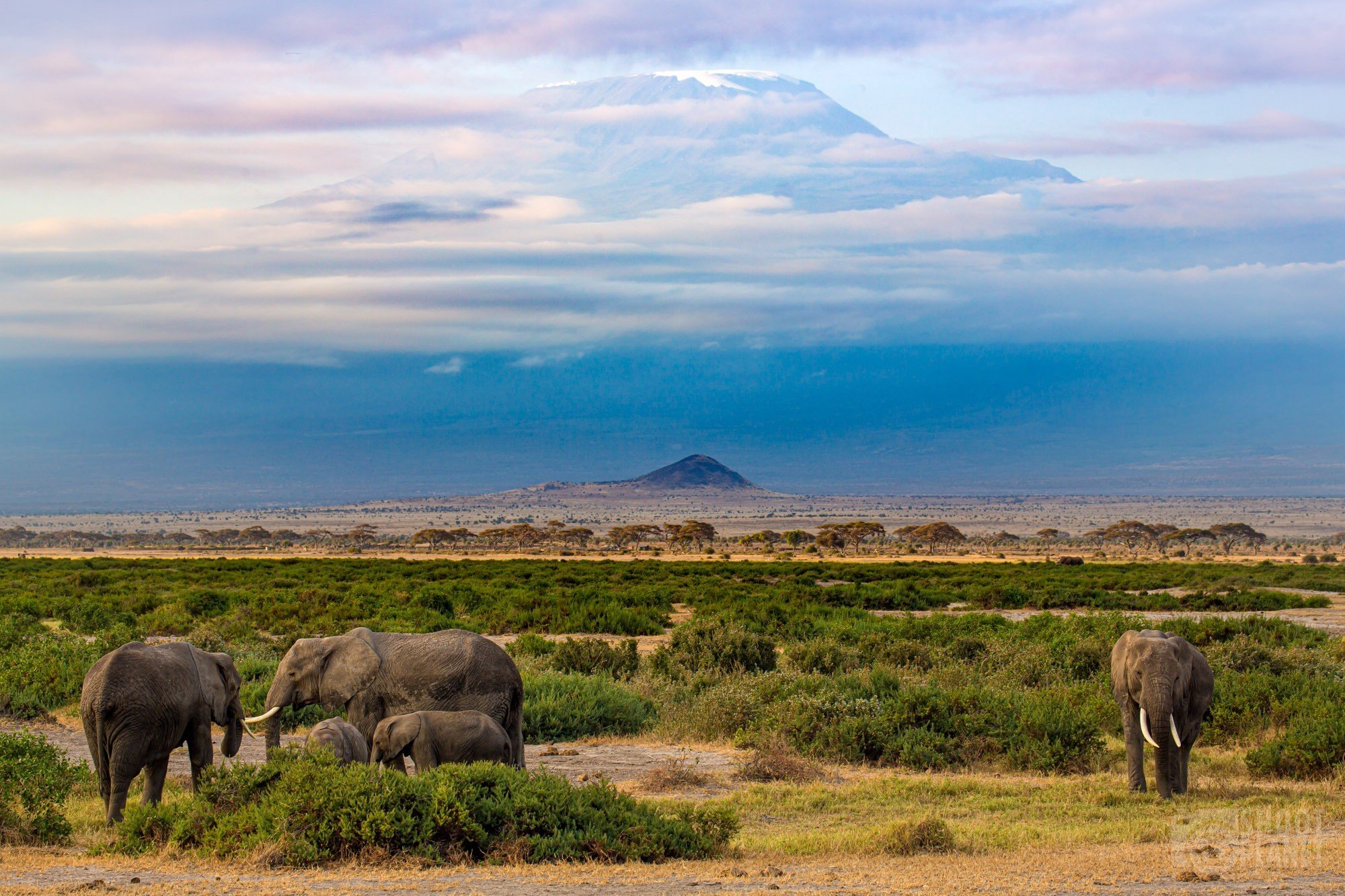 You can often see them showing care through touch and caresses for their babies when they cry (yes, calves cry). Elephants also care deeply for herd members when they die and caress the skull of the deceased with their trump. It was observed that years after the death, when elephants pass by a place where one of them died, the herd will pause silently for several minutes…

These are emotions and behaviors comparable to what we call humanity – so, let’s have a look at the human species’ behavior, with a bit of history, starting with Africa.

The short story of African interactions between elephants and humans

Africa’s population of elephants, prior to the European colonization in the 1500s, has been estimated at around 26 million.

During the seventeenth and eighteenth centuries, mass production of essential things like beautiful ivory piano keys, billiard balls, and other must-have items started the massacre.

In the early 1900s, killing an elephant was considered a great honor.

At the time of World War I, the U.S. alone was consuming 200 tons of ivory per year, and the population of African elephants was estimated to already be down to 10 million.

In the 1950s, the elephant’s eradication trend accelerated even further. As a consequence, in the last century, more than 90% of African elephants left have now disappeared, mainly through the lucrative ivory trade, despite regulations. The impact of ivory interest moved from Western countries to Asia, but the outcome, if you’re an elephant, is the same…

In the early 1980s, the original population of 26 million was already down to 1.3 million.

Now, around 410 000 elephants remain in Africa, versus the original population of 26 million.

Today, every 15 minutes, one elephant is killed (so 100 per day), a rate that vastly exceeds the birth rate…

So, the clock keeps ticking… My two pictures below are from the same trip, in the same country, both taken in protected national parks. This elephant was killed in the middle of the beautiful Samburu national reserve in Kenya, just for ivory…

I personally prefer the peaceful image below of the mom with her calf in a swamp. Don’t you?

By the way, in the last decade, 1 000 wildlife rangers have been killed by poachers, as well. So, of course, this is a complex problem, like always for sustainability matters, linking back to corruption, law enforcement capabilities, conflict for land versus growing human populations, and many other factors.

Most importantly, there is still a strong correlation between the poverty rate and poaching.

Large elephant tusks can weigh 150 kg or more. A poacher makes around $3/kg of ivory, so one elephant tusk is worth $450 for him. In Kenya, low-end salaries are still $350 per month…

Believe it or not, it can still get worse.

You can organize hunting safaris if you are rich and believe that this is a wise way to spend your money. Two weeks with a promise that you’ll have a blast and that you’ll kill a lion, a leopard, a buffalo, and, of course, an elephant,

113 000 U.S. dollars for the great trip. That’s a good deal, don’t you think? A shame that the trophy shoot DVD package costs extra.

I am, for obvious reasons, not linking a particular site, but, as I’m in a bit of a name-and-shame mood, I’ll let you find your own way through the web from the below image and make your own judgment on this. 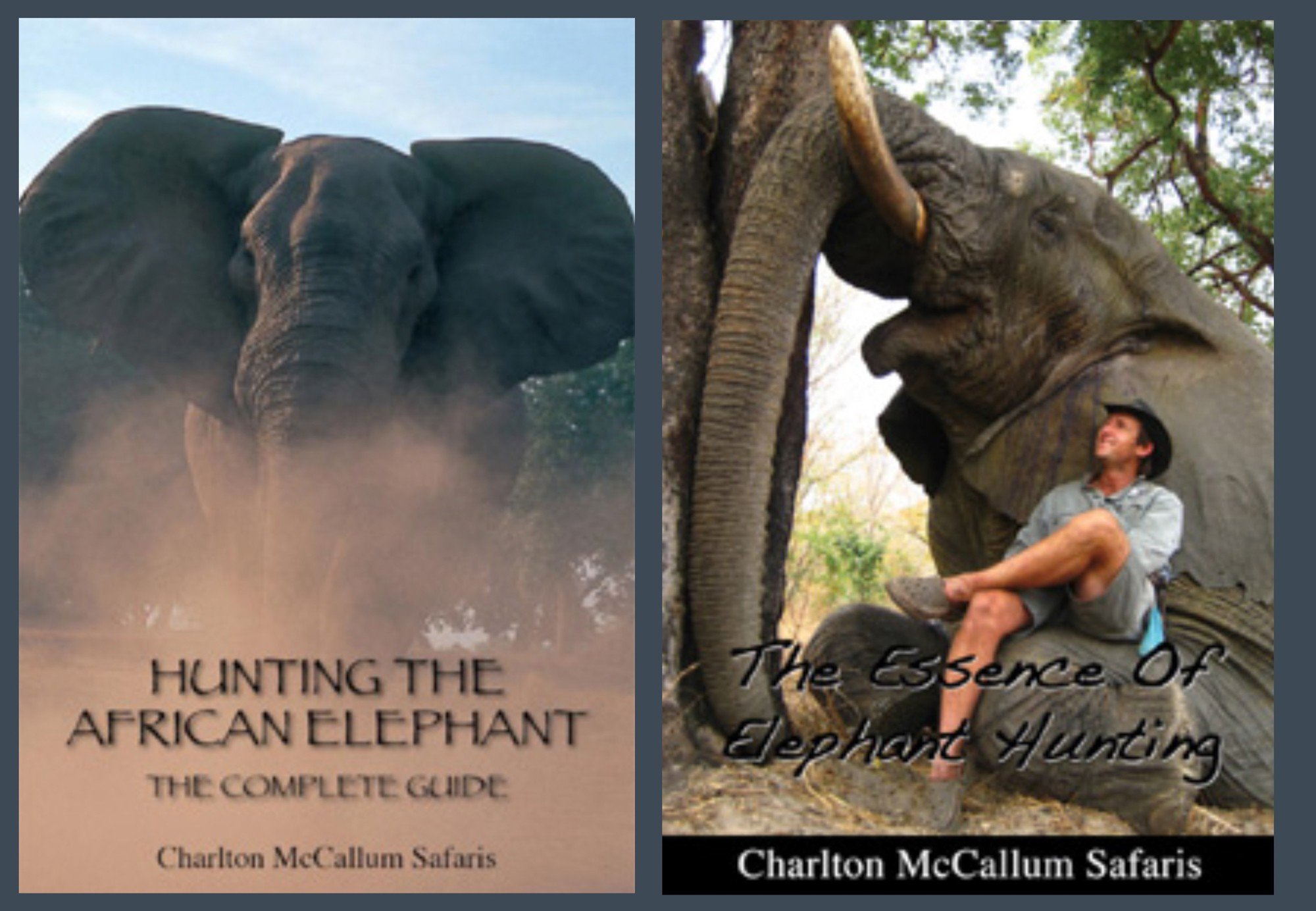 Is it better to be an elephant in Asia?

Elephants have already disappeared from a large part of the continent (most of China, western Asia). Their presence remains in the Indian subcontinent, in Southeast Asia, and on some islands (e.g. Sri Lanka, Borneo, Sumatra).

The loss of habitat due to human agriculture is, in this case, the main complex issue. 20% of the world’s human population leases now in areas near Asian elephants, and that population is growing very fast, needing land space.

The Asian elephant is, therefore, like in Africa, under heavy threat. The population has declined by at least 50% in the last couple of decades.

So, do you think our grandchildren will still be able to see elephants like the one below in Yala National Park and wildlife sanctuary south of Sri Lanka? 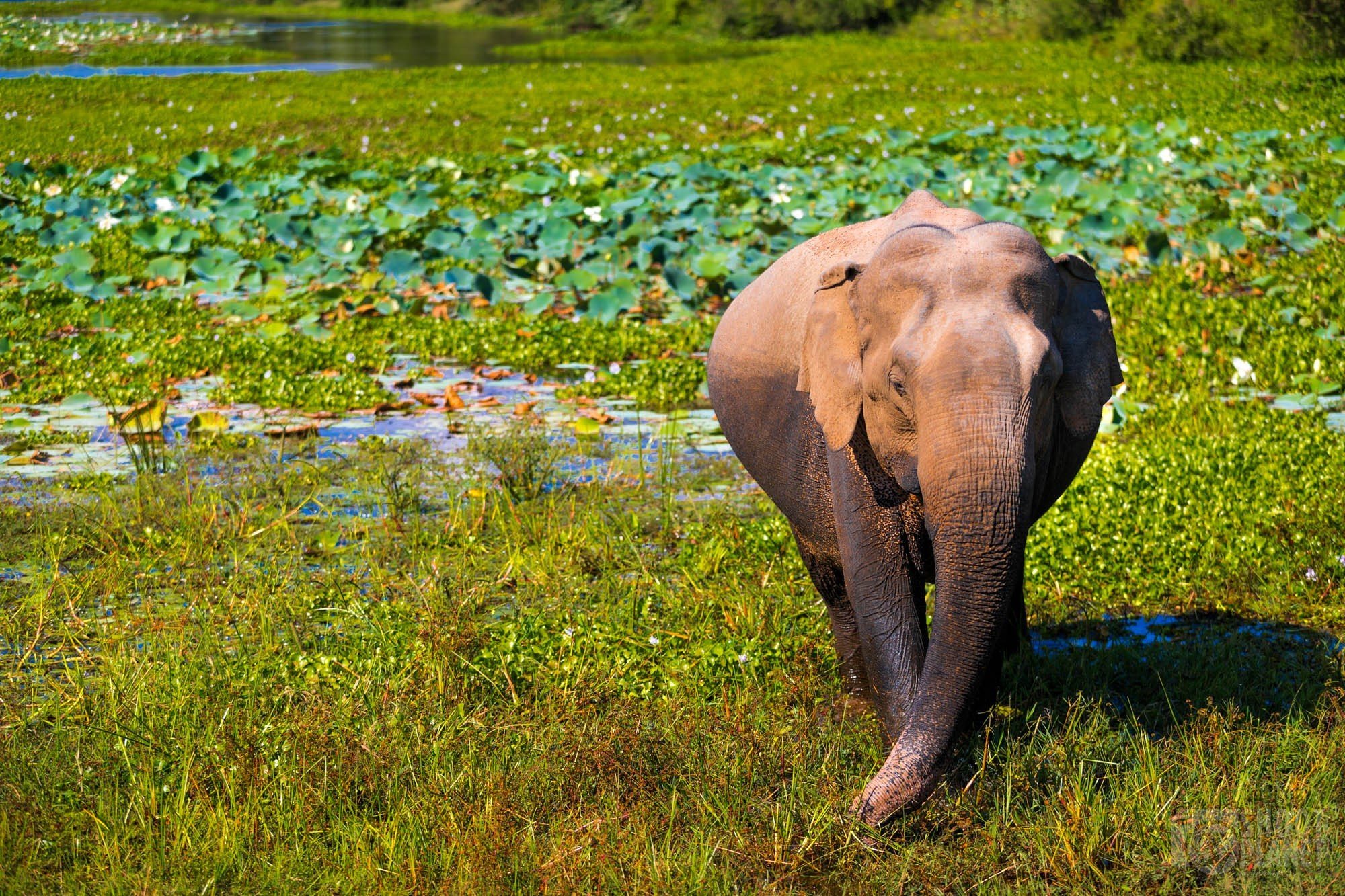 To end on a positive note, there are obviously a lot of positive actions taken, as well. To randomly name a few, the WWF world’s leading conservation organization, IEF (International Elephants Foundation), or the African Wildlife Foundation with a great vision of ensuring both human development and wildlife protection. And many others, as well as many ways to engage and help.

Actually, I’m not sure I want to end up on a positive note, sorry. To step up beyond the very sad elephant case, a United Nations sustainable development report confirmed last year, with overwhelming evidence (145 experts in 50 countries, 310 more contributing and 15 000 scientific sources) that nature is declining globally at rates unprecedented in human history.

The species Extinction Rate is accelerating: 1 000 000 species are threatened with extinction.

So what is it exactly that our grandchildren will be able to see? 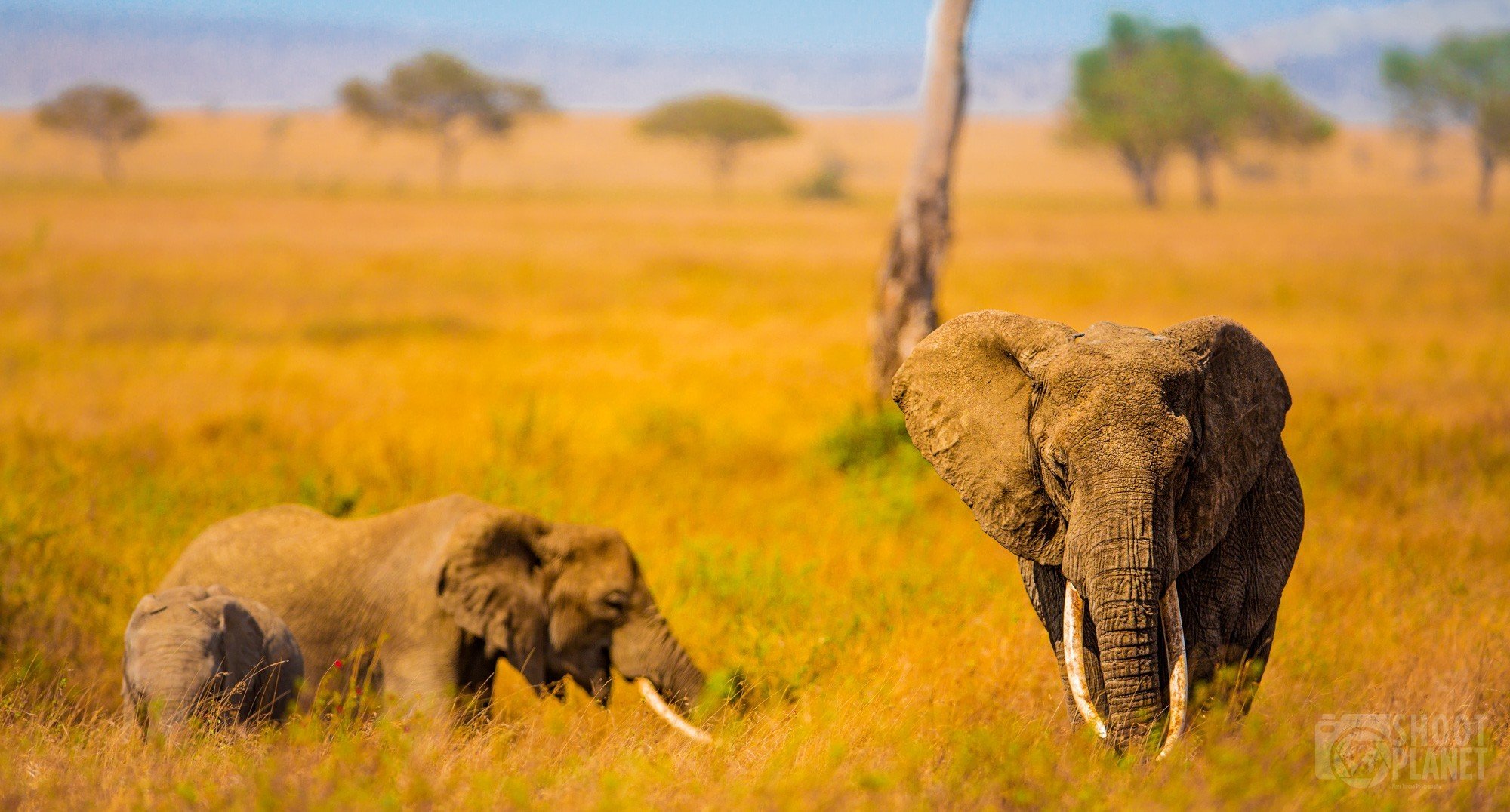 Heaven was copied after Mauritius
October 8, 2020