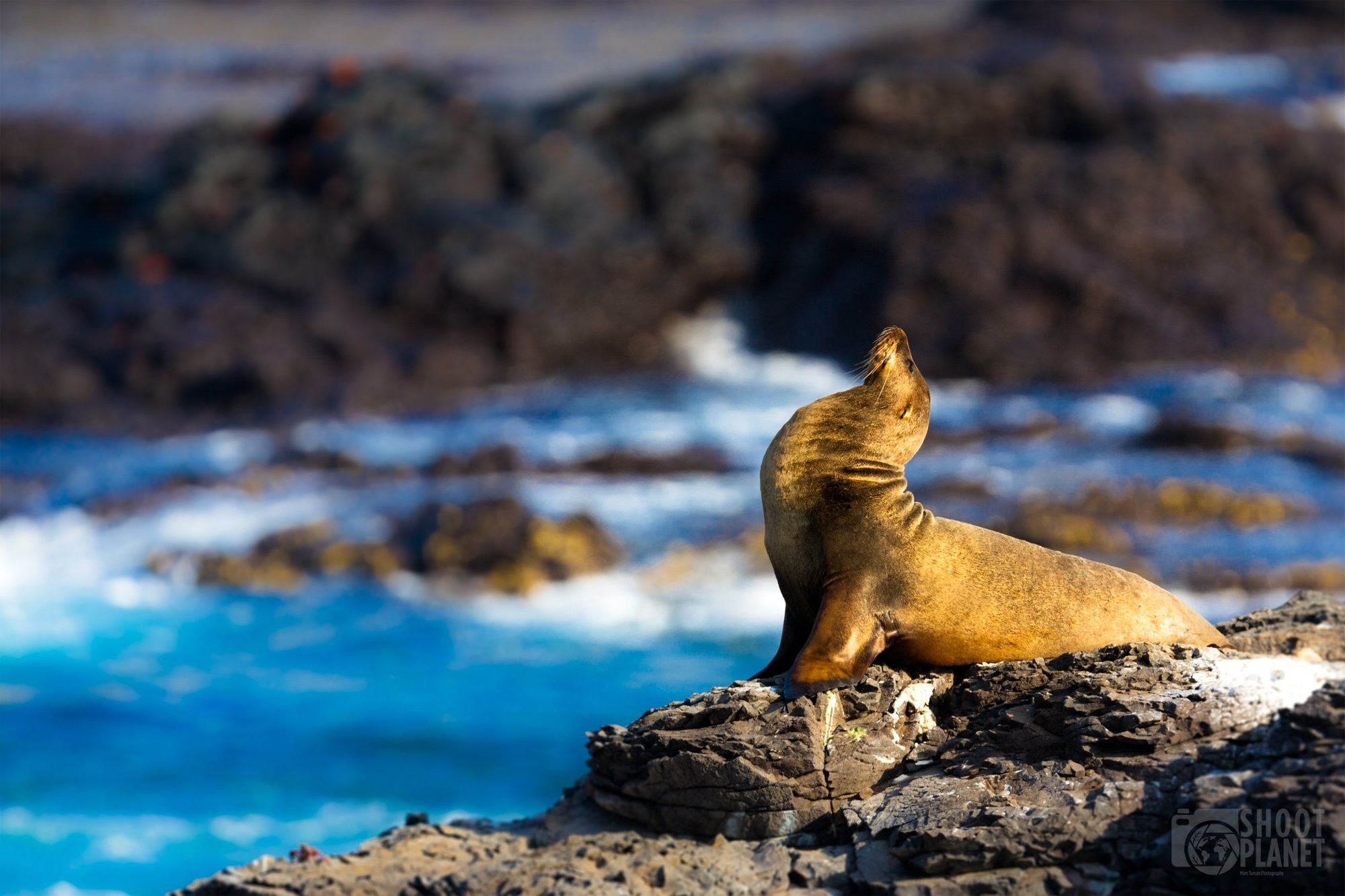 The Galapagos Archipelago is one of the most biodiverse places on earth, and, as such, it became one of the top destinations in the world and a once-in-a-lifetime place to see for travel photography.

After having been a perfect hideout for pirates near the end of the sixteenth century, it is now a paradise for any nature lover, passionate traveler, and photographer.

The volcanic archipelago is 600 miles off the Ecuador coast, in the middle of the Pacific Ocean. It is formed by around 60 islets and islands, with 13 major ones, and countless amazing spots. 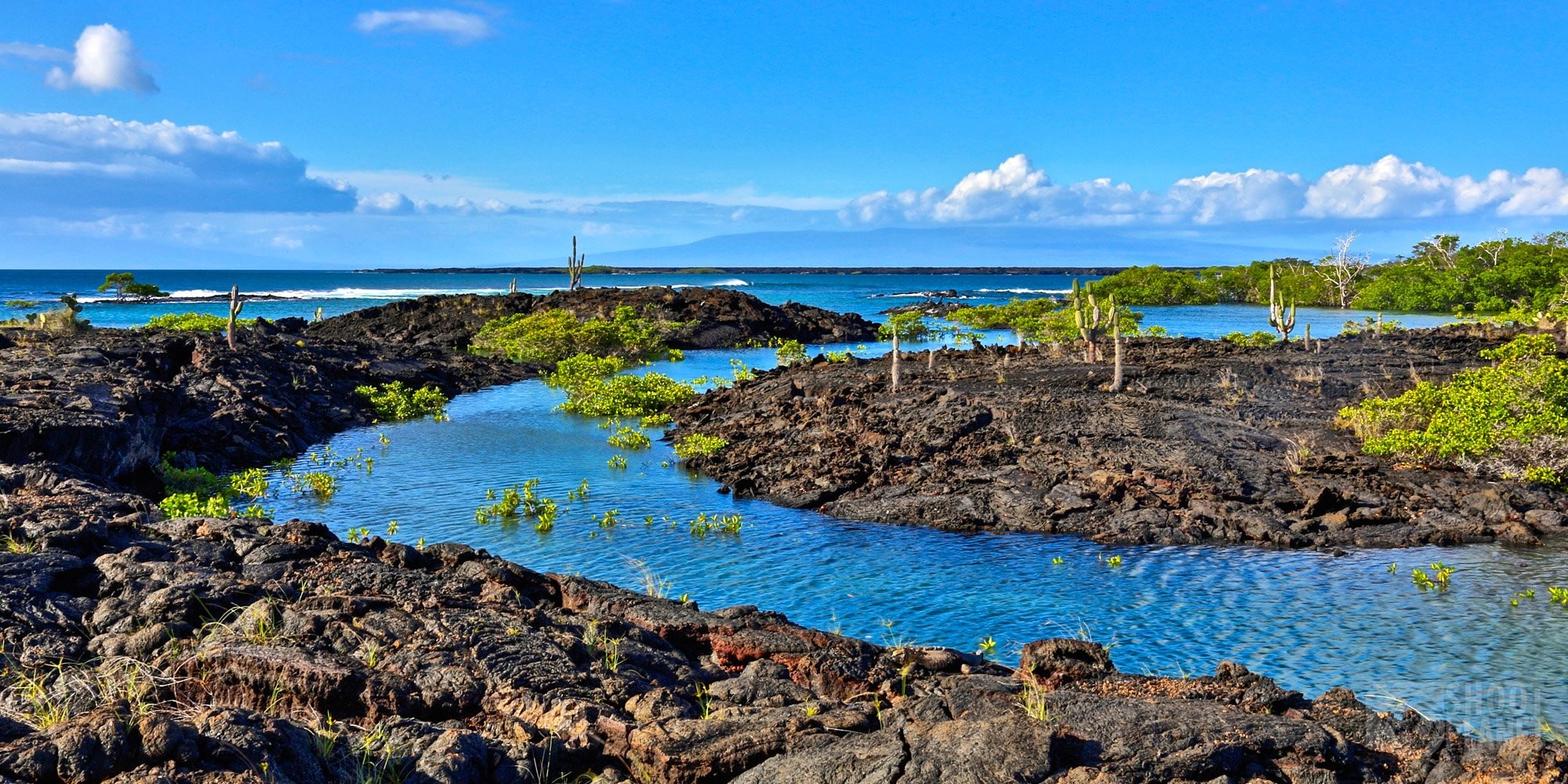 I hope my little post will give a feel for this natural wonder and engage you to go there one day. Beyond how beautiful and incredible this place is for photography, the article also provides some information on some serious threats for this unique ecosystem. You can also find more images in my Galapagos gallery.

Why should you go to the Galapagos?

It is a remote place to reach so it clearly takes some effort and intentionality to go there! But the effort is more than worth it as the reward is amazing, and here is why: 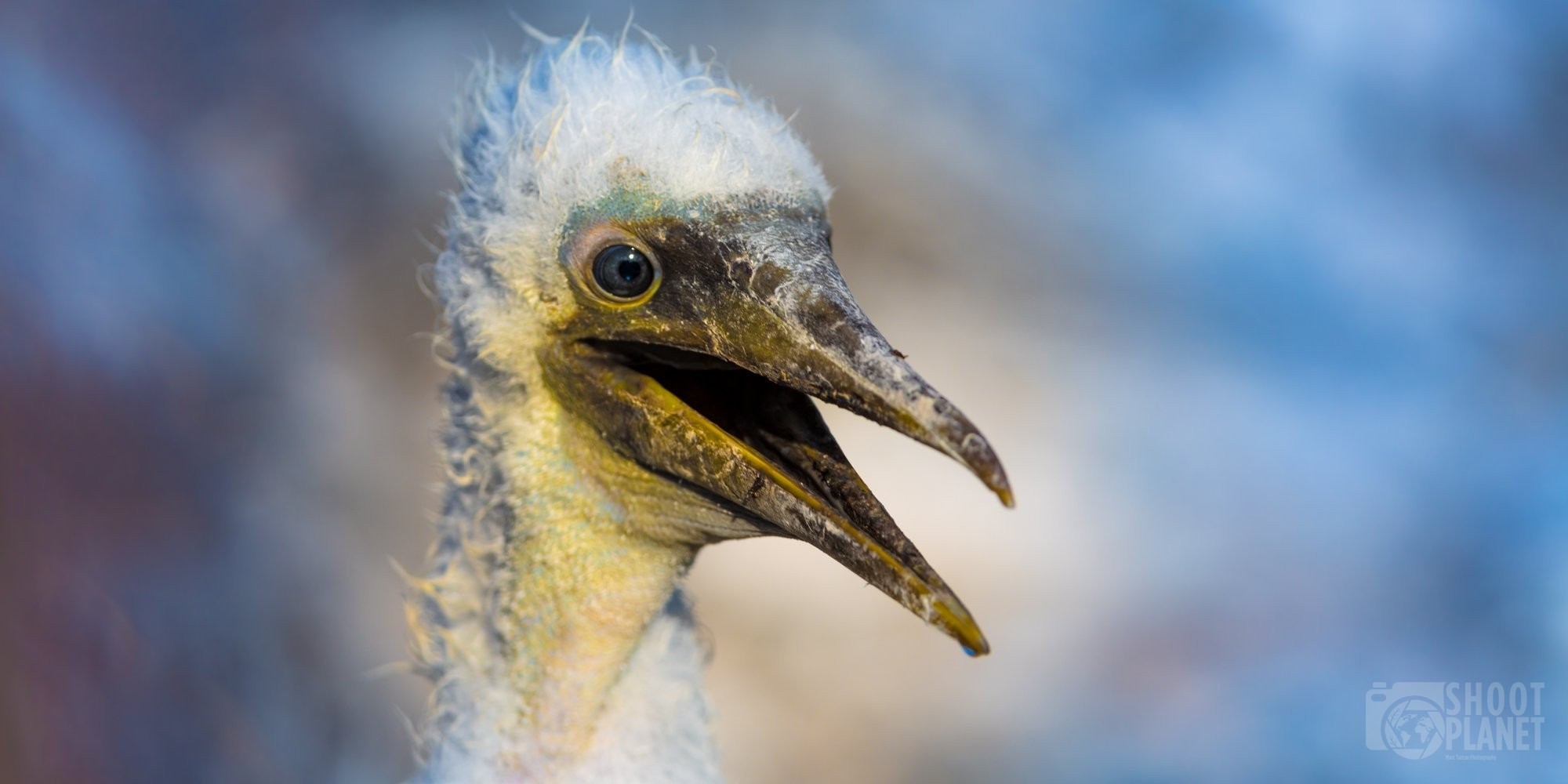 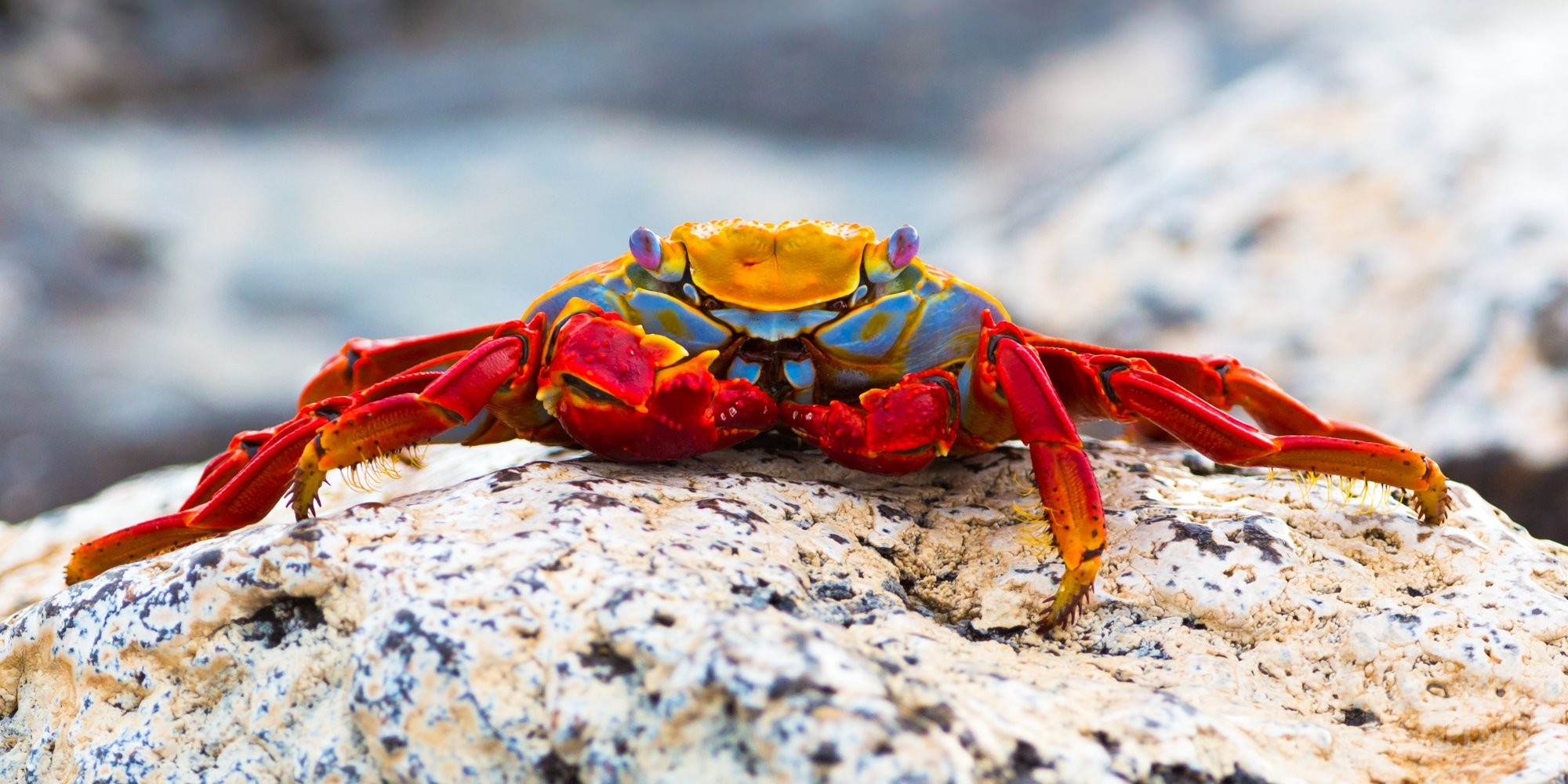 The marine iguana is the only known lizard that can swim. It has adapted over time to the ocean habitats and has a diet entirely comprised of seaweed. Galapagos marine iguanas have not only evolved to become amazing swimmers but have also acquired the ability to deal with the salty, cold waters where they feed. 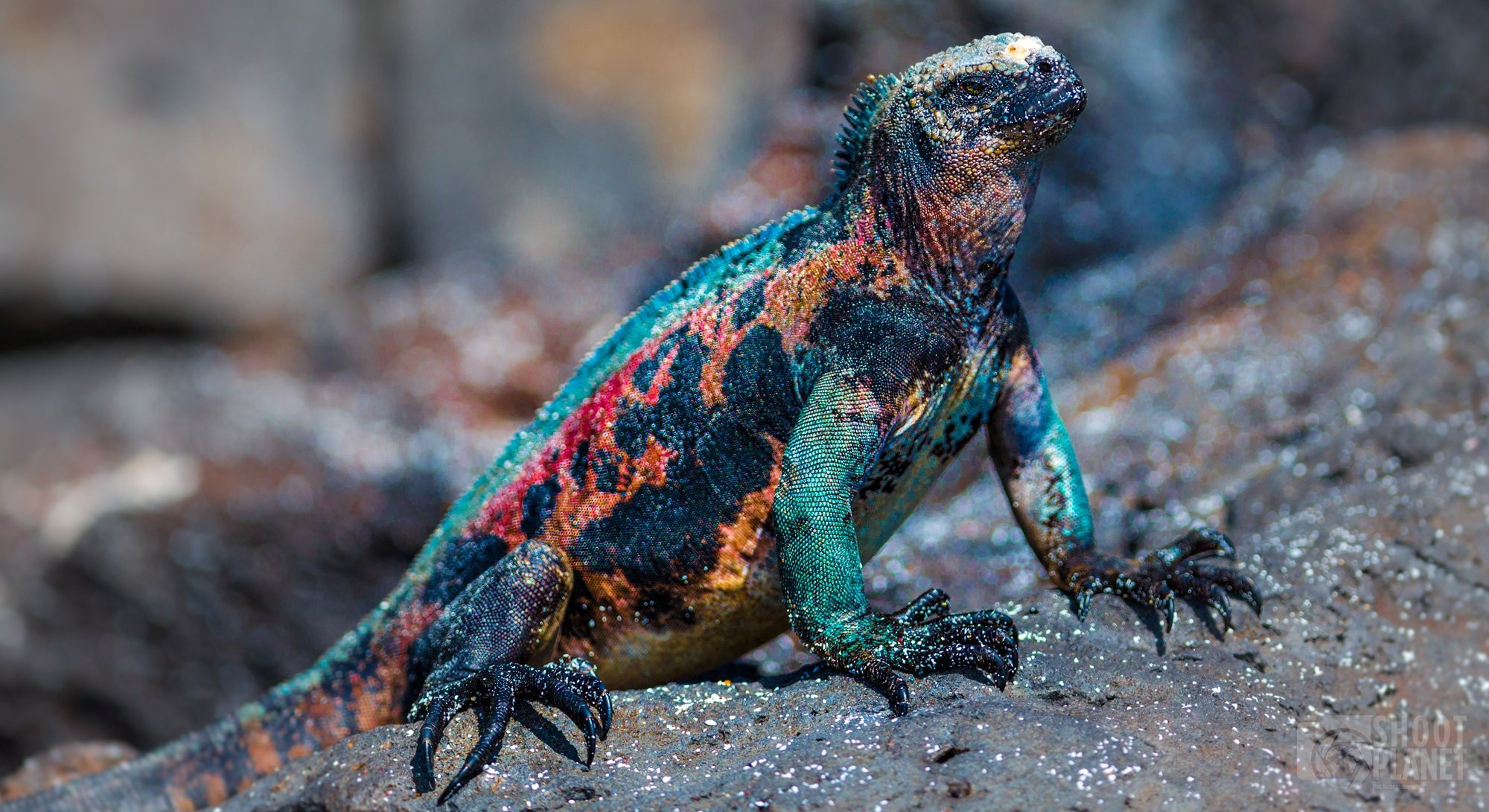 The cormorant of Galapagos is the only non-flying cormorant in the world (out of 29 species). These endemic species have developed special skills to swim instead of fly, due to the fact that their habitat is so rich in delicious marine species from which they feed. So Charly may be, right? 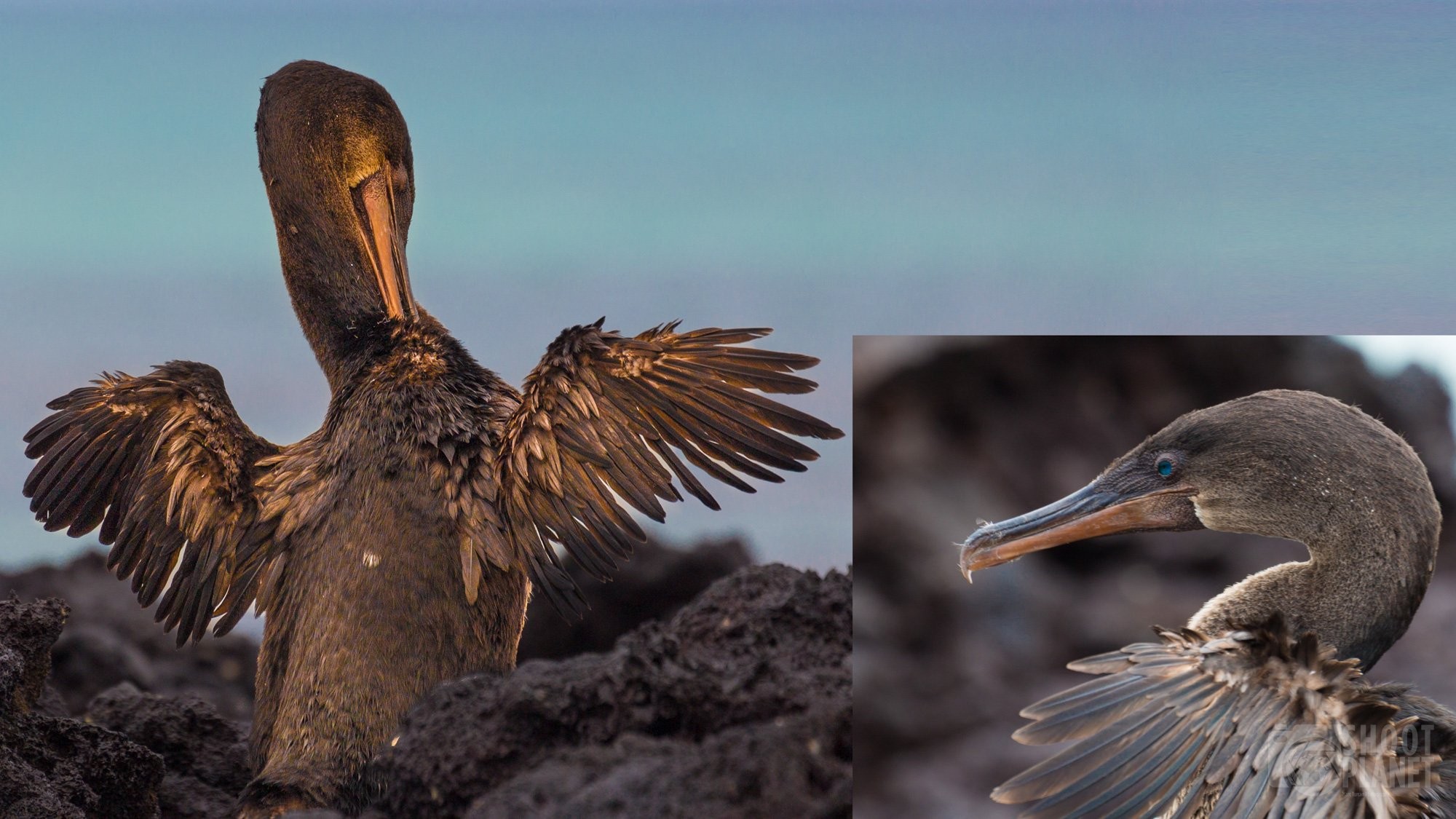 The Galapagos penguin is the only of its kind to be found in the Northern Hemisphere and is literally the penguin of the tropics! The cold water from the Cromwell and Humboldt currents allow it to survive. It is also an amazing endemic species of the Galapagos. 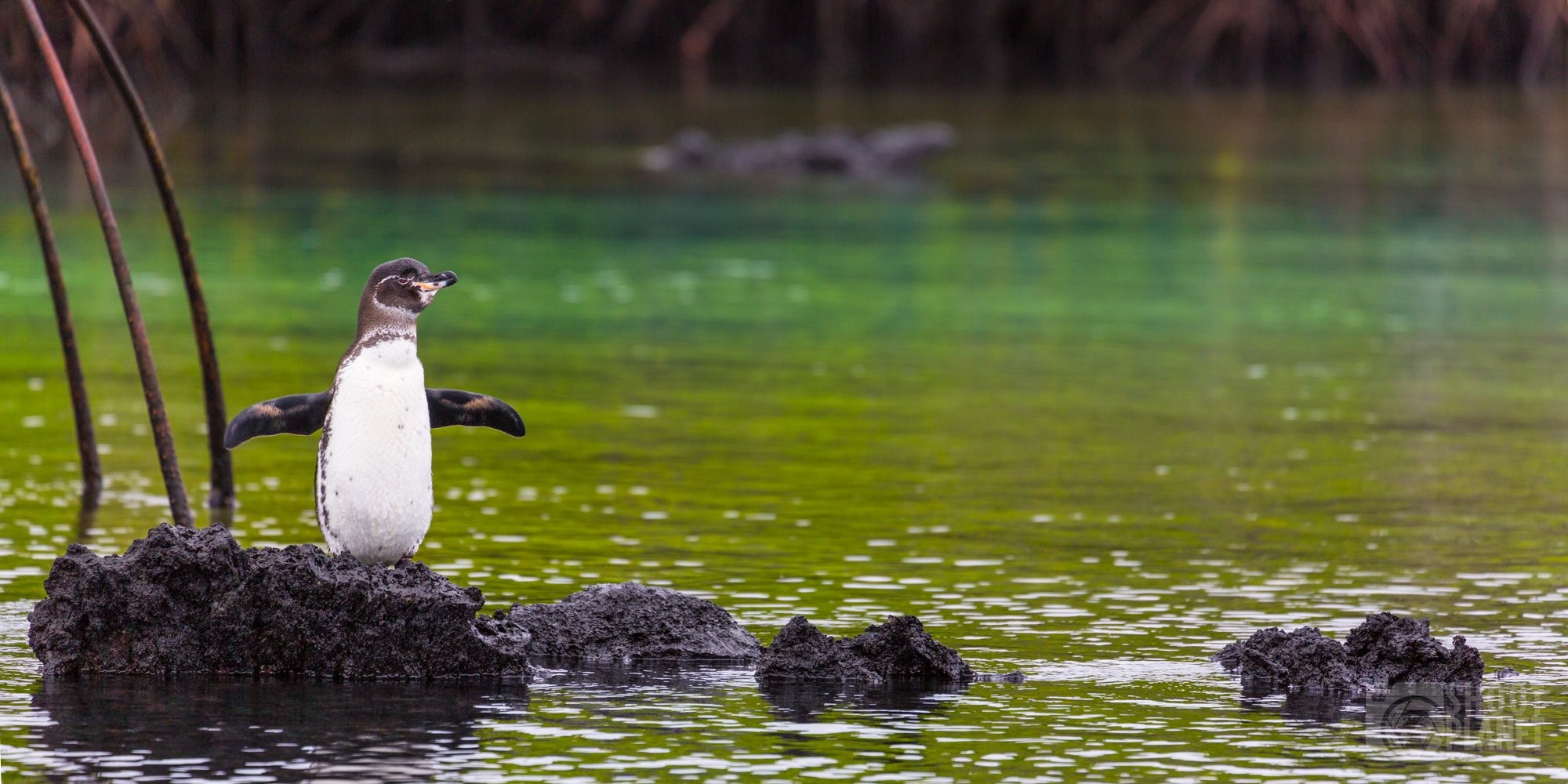 Not convinced yet? The blue-footed boobies are also part of the famous inhabitants over there, and the males take great pride in their fabulous feet. During mating rituals, they dance and show off their feet. The bluer the feet, the more luck males have to attract a mate… Perhaps an insight for those going to nightclubs once in a while – just try it, who knows!

There are actually three types of boobies on the islands that all look pretty cool: the red-footed booby, the blue-footed one, and the Nazca booby (I still believe blue is the right choice for a barefoot trip to the club). 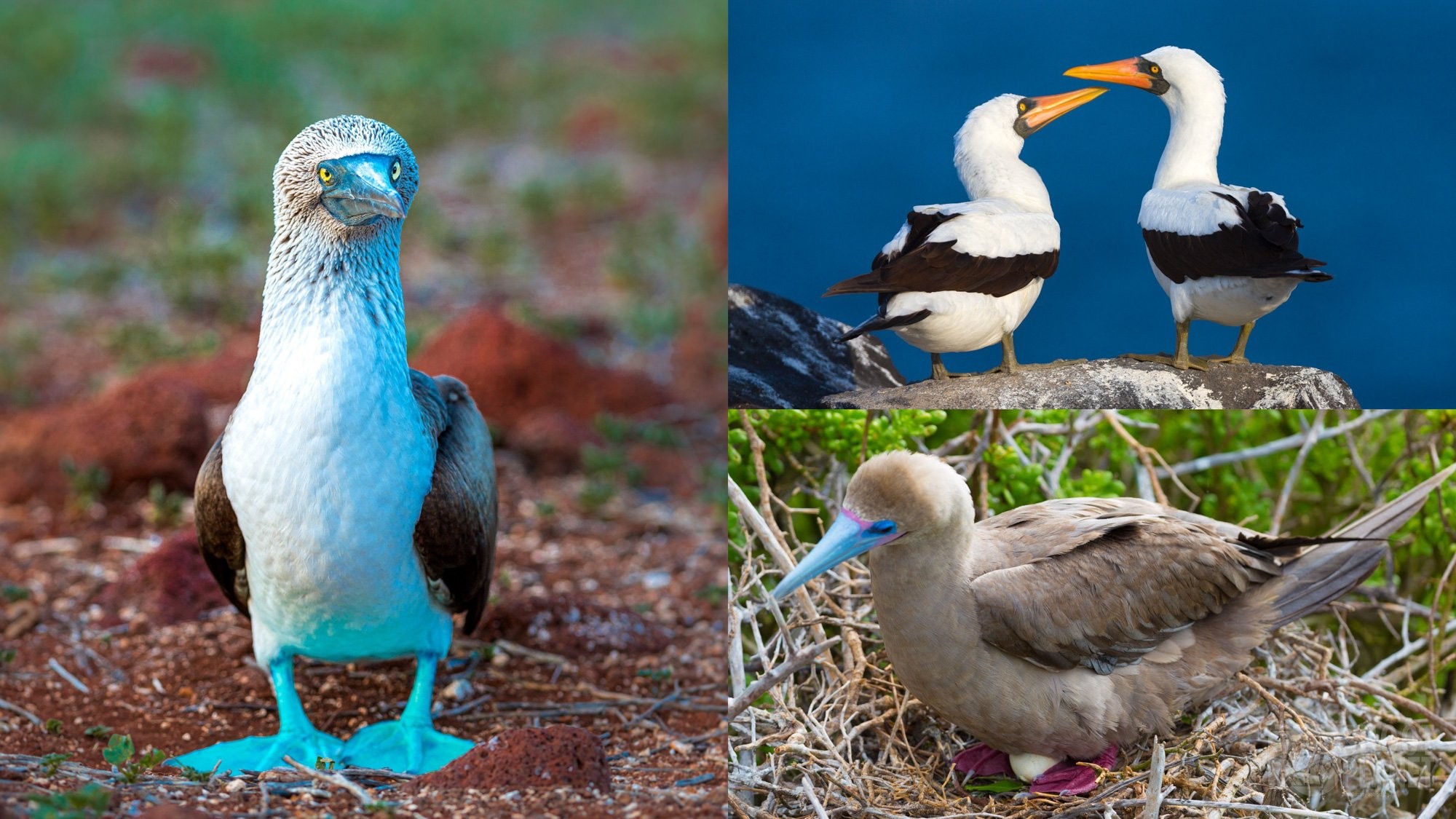 The Galapagos giant tortoise is another iconic animal around there. This is the largest livings species of tortoise and can weigh up to 900 pounds. They hold the record of the longest lifespan of any animal on Earth, up to 150-170 years. Hunted for meat and oil, the tortoise population declined from over 250,000 in the 16th century to 3,000 in the 1970s, with now a significant rebound due to great conservation efforts. But that’s probably why they look so grumpy (rightfully so) when they see humans… 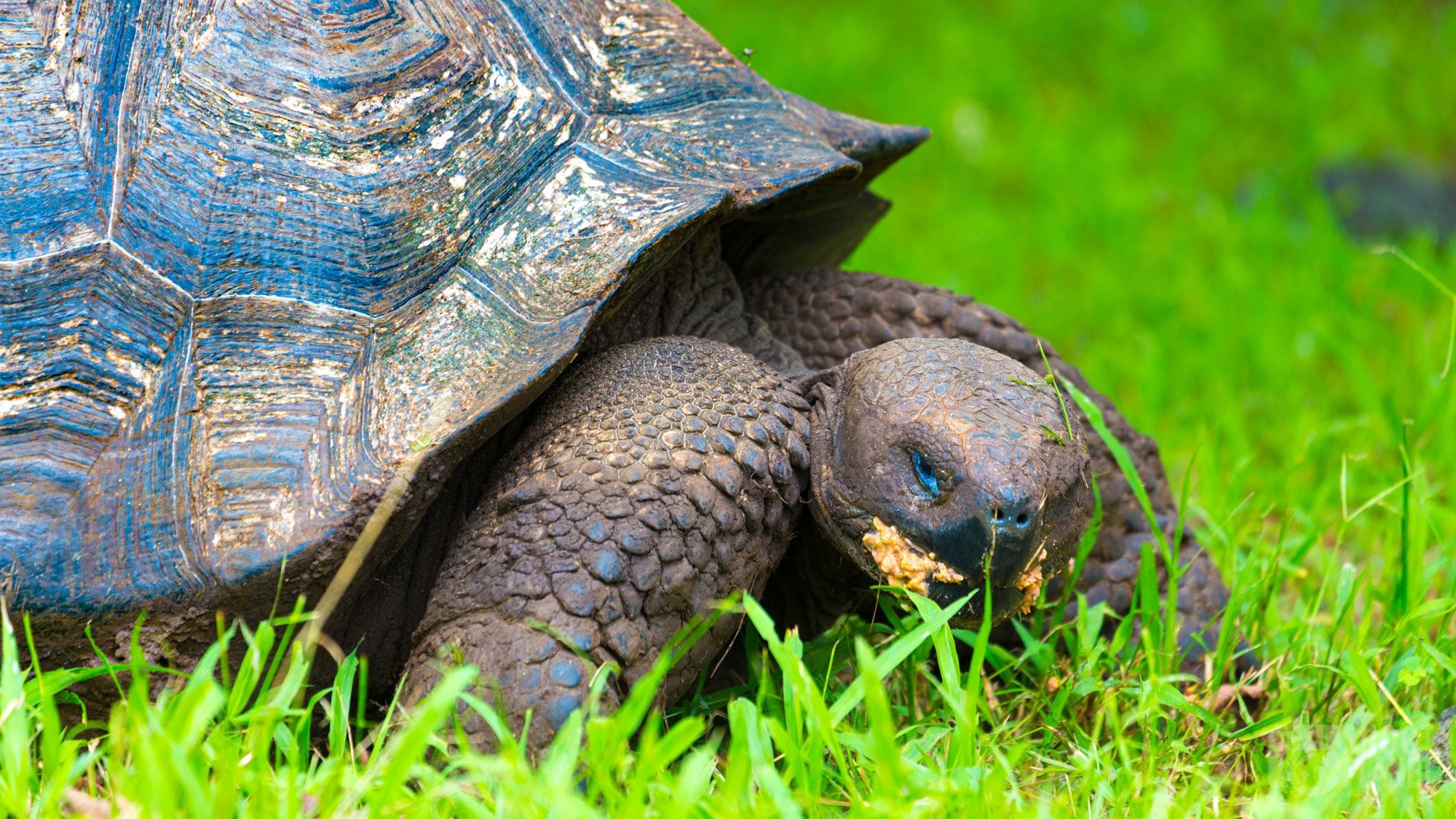 The sea lions, like all other animals, are clearly not afraid of humans and will be extremely playful, so go and swim with them, that will for sure be one of the highlights of your trip… 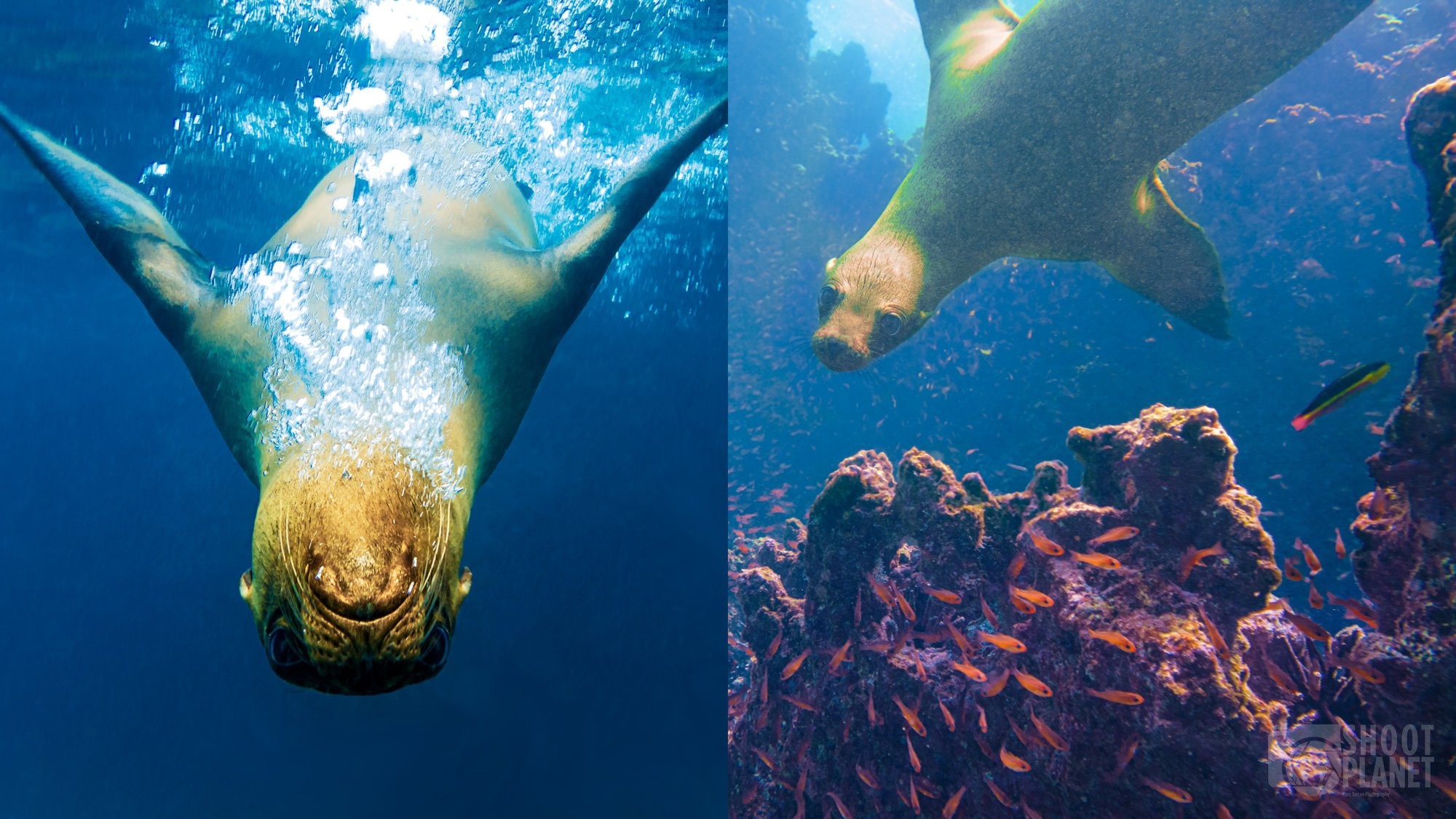 A few travel tips if and when you go there

There are different ways to explore the islands, with different budgets…

The best way to explore the Galapagos is on small ship cruises leaving directly from the islands (+/- 2 hours flight from the mainland to get there). Many choices of itineraries, trip durations, and prices are available, with some boats offering amazing experiences and activities during the trips to the islands, great guides, lectures in the evening at the bar, etc. Obviously, this is not the cheap way, but really worth it for the trip of a lifetime (you get what you pay for).

Alternatively, as opposed to what most people believe, it is absolutely possible to tour the Galapagos on a budget and have an amazing experience. Fly from Quito or Guayaquil to Santa Rosa, find/book a small hotel or a pension, and do day trips to different islands and spots. If you avoid the peak season (winter and summer vacations), you’ll have the experience of a lifetime for a fair price.

I would personally not recommend large cruise chips with people crowding around one poor iguana during a tour, but it depends on what you are looking for…

By the way, pack sea sickness medication. It might come in handy. 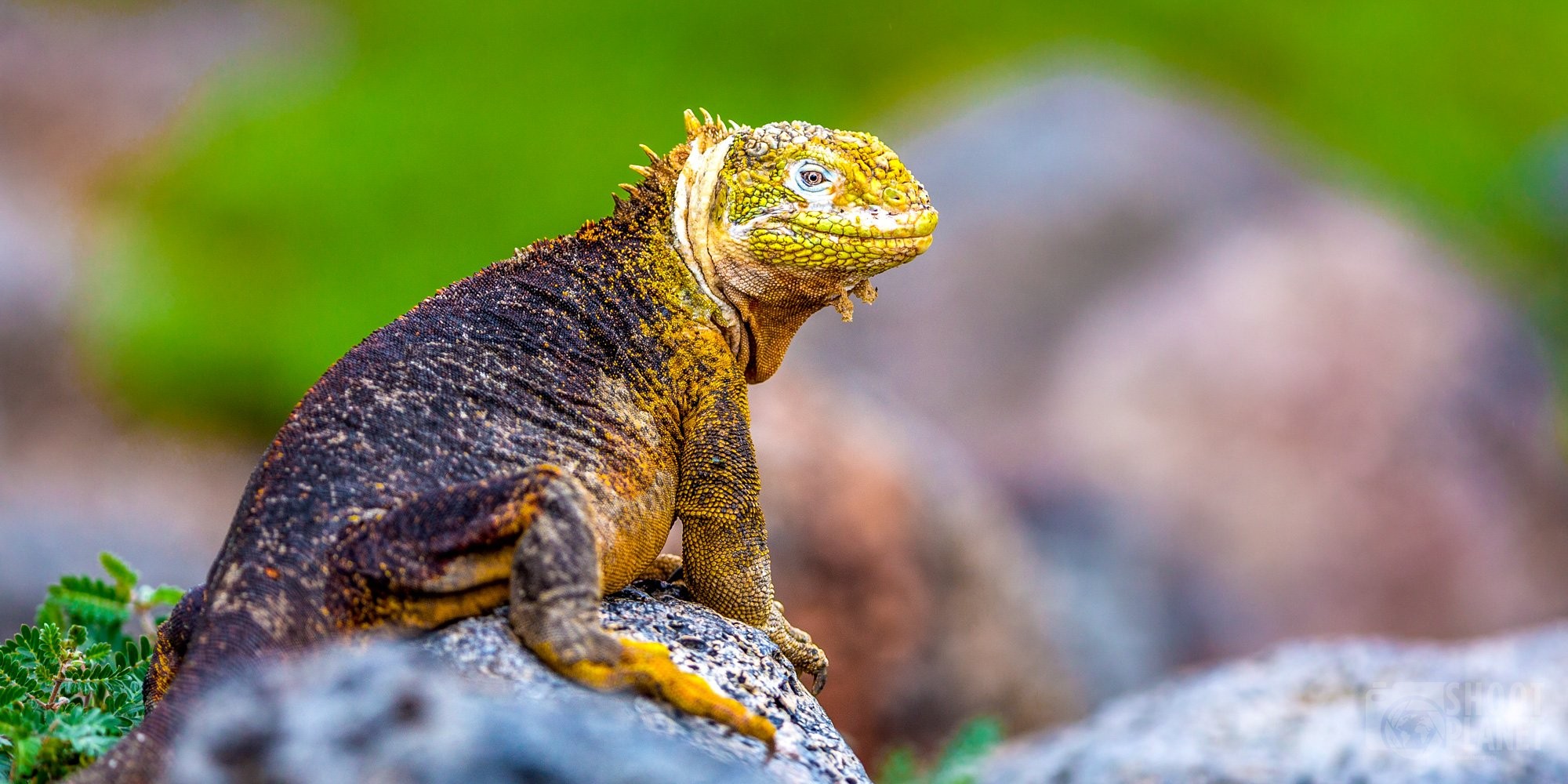 You can go all-year-round!

The best time to visit the Galapagos Islands is from December to May, but it is beautiful and great all year-round. There are two seasons:

Even if you are not a photographer, you can still try, perhaps, to go beyond the iPhone – even if the newer ones are good – and get a small camera with a zoom. In any case, get a Go-Pro or other small underwater camera. It’s really worth it.

If you are a photographer, this is THE travel photography trip. A 200-300mm zoom is a must over there, obviously. While it is a pain to carry, it is one of the places where a 400mm (or more) telelens makes a major difference. No, you don’t need to buy this very expensive toy, in most countries you can rent it (but don’t break it, then…).

Anyways, regardless of your material and shooting skills, just capture the natural wonders above and below the water and enjoy the moment. 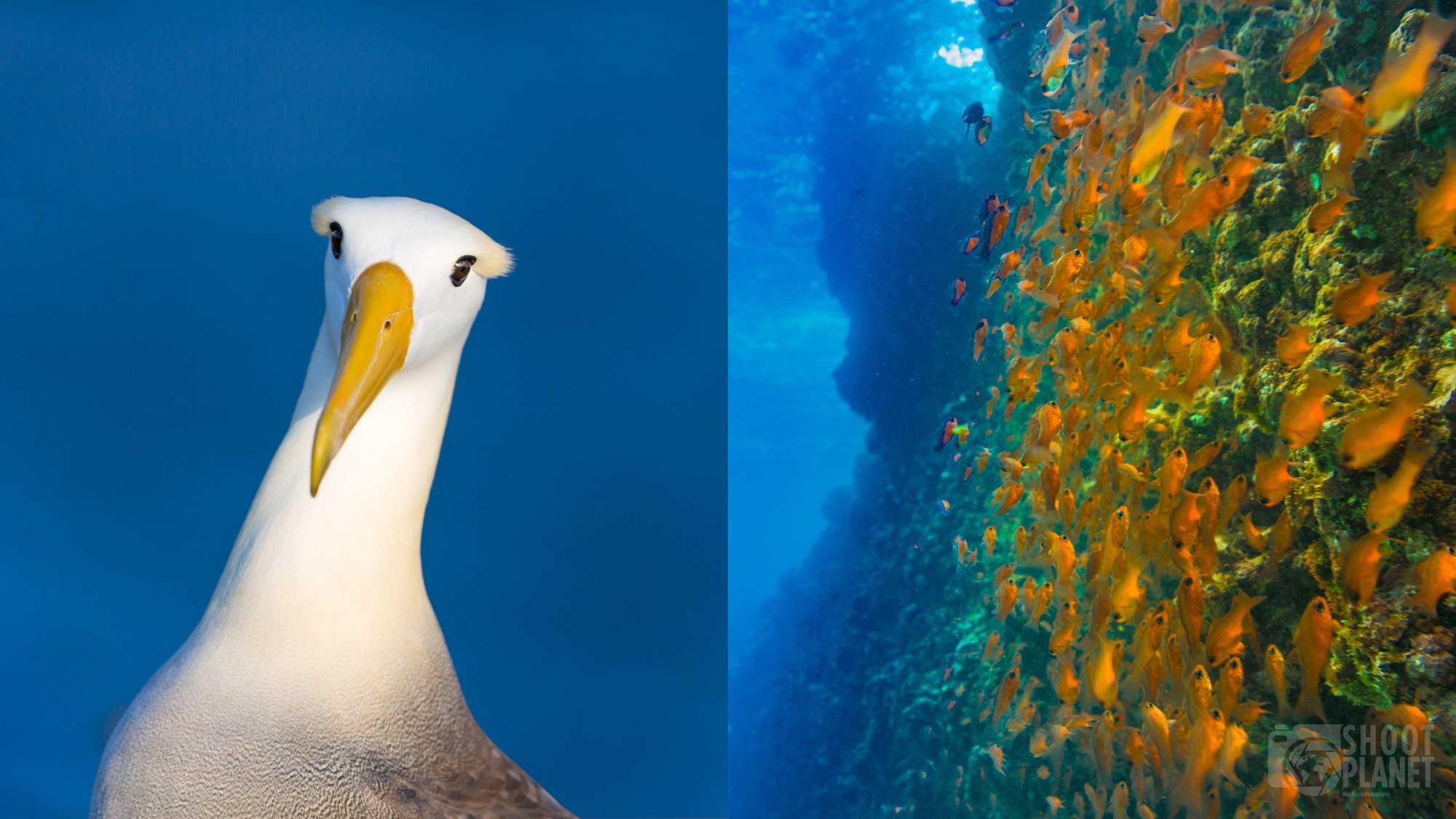 The animals are home, not you. Again, do not touch wildlife, do not feed them, etc. Please remember that this is one of the most protected places on Earth; so leave everything in perfect condition – as you found it, hopefully!

What’s up on the sustainability front?

Now, this is, as usual, the depressing chapter of the post.

This very remote and protected archipelago, an irreplaceable natural wonder, is in the “significant concern” category for the IUCN rating (International Union for Conservation of Nature).

There are a few main drivers for this. The first one is Illegal fishing activity in and around the marine reserve that remains a major issue despite efforts. Beyond that, while 97% of the islands are a national park, with increasing tourism pressure (and a growing local population), land and water pollution are a rapidly increasing concern. A large but unmeasured number of animals are dying entangled in bits of plastic and other debris.

More broadly, beyond local impacts, scientific evidence confirms that due to climate change, El Niño events are getting more frequent and more extreme. When this happens and the water warms up, 50% of sea lions and marine iguanas can die during this time. How long will this last? 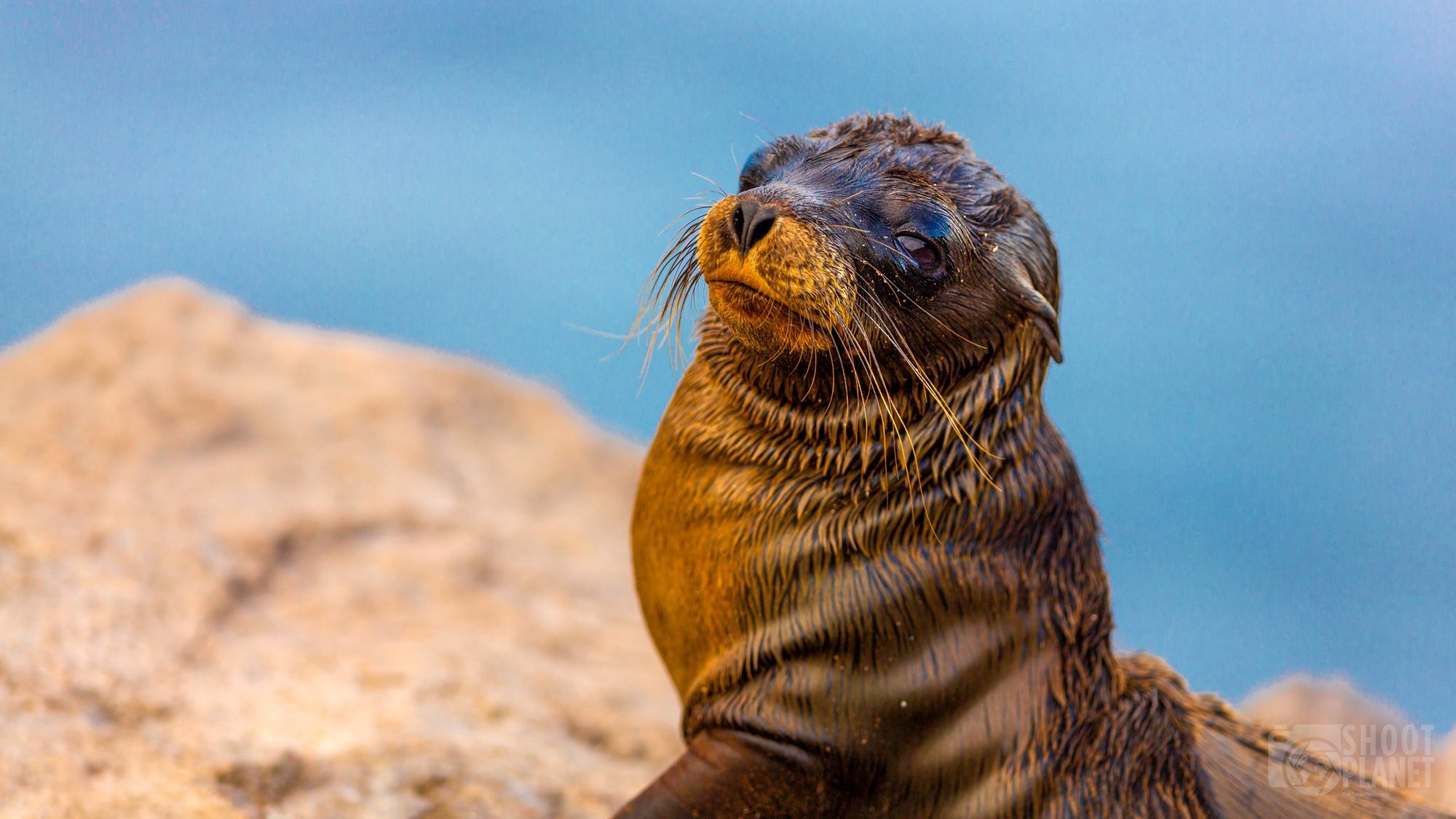 The above (combined with the long term impact of invasive species) have a devastating impact on the wildlife, despite amazing conservation programs from the park authorities and other foundations. Out of the 11 main endemic mammal species, 10 are threatened or extinct already. The 35+ reptile species are also considered threatened or extinct, including the only marine iguana in the world.

The closing question, I’m afraid, is the same as some of my other posts: will our grandchildren still be able to see some of these natural wonders? 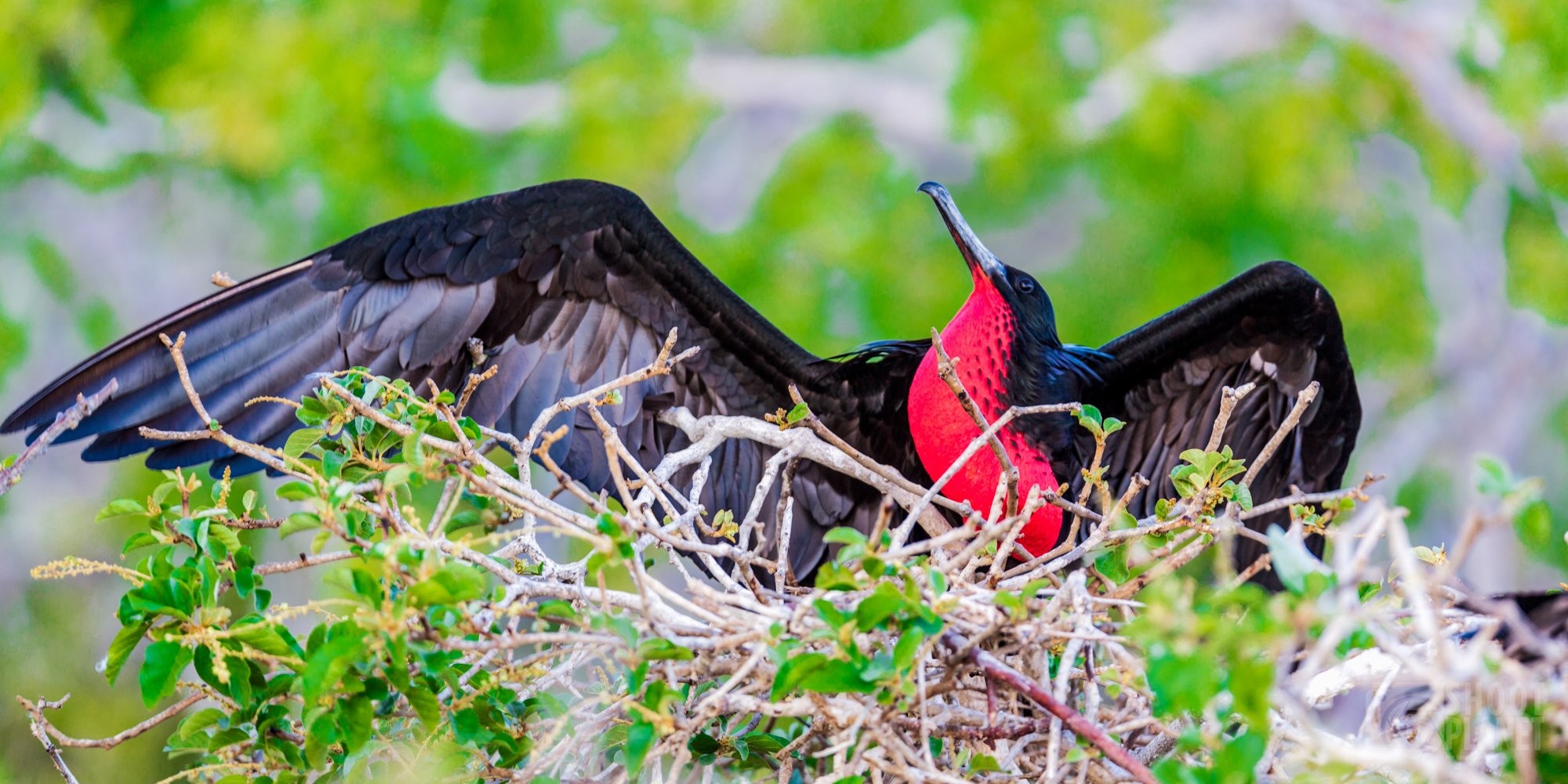