10 Places not to miss in Portugal, from North to South 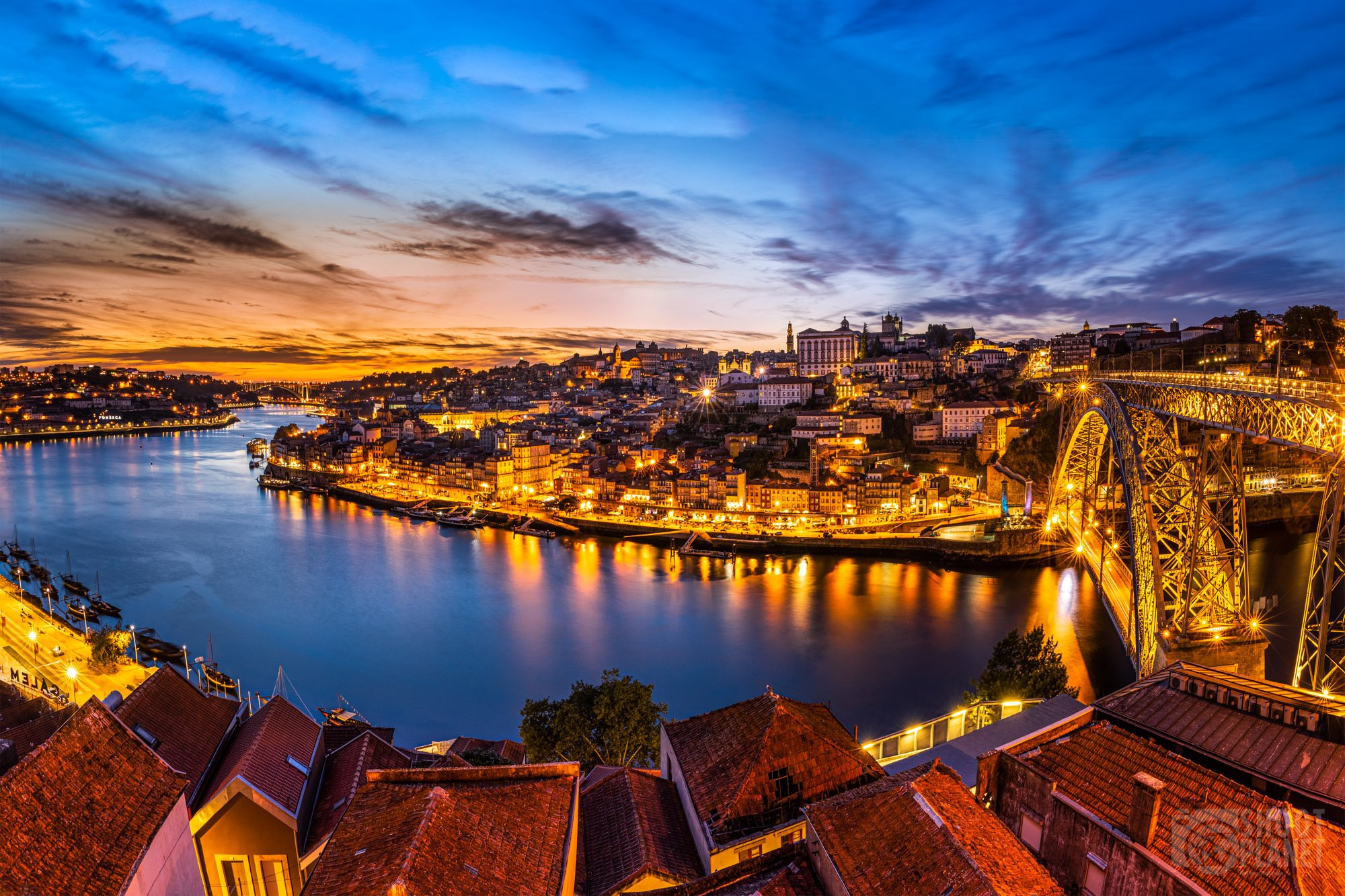 Portugal is the oldest country in Europe with great history and architecture. The country offers gorgeous nature, stunning beaches, amazing weather, food and wine … and still affordable prices despite its popularity… So what are you waiting for? 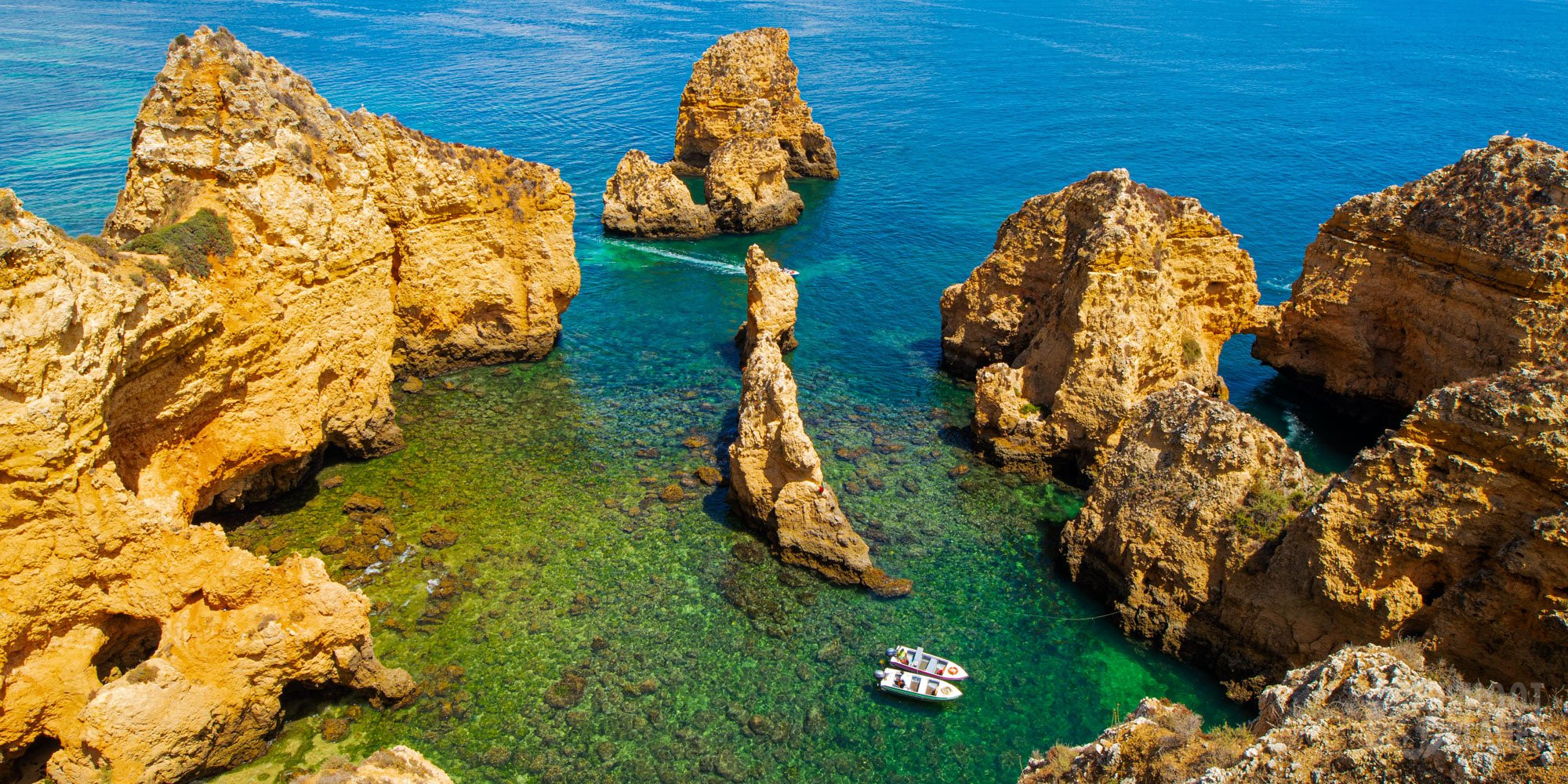 As it is Impossible to summarize the country in a single post, here is just my choice of 10 Places or areas not to miss, from North to South (and I’ll probably make another post with another set of 10  😊…)

Braga has over 2000 years of history. This is the oldest city in Portugal and one of the world’s oldest catholic cities. 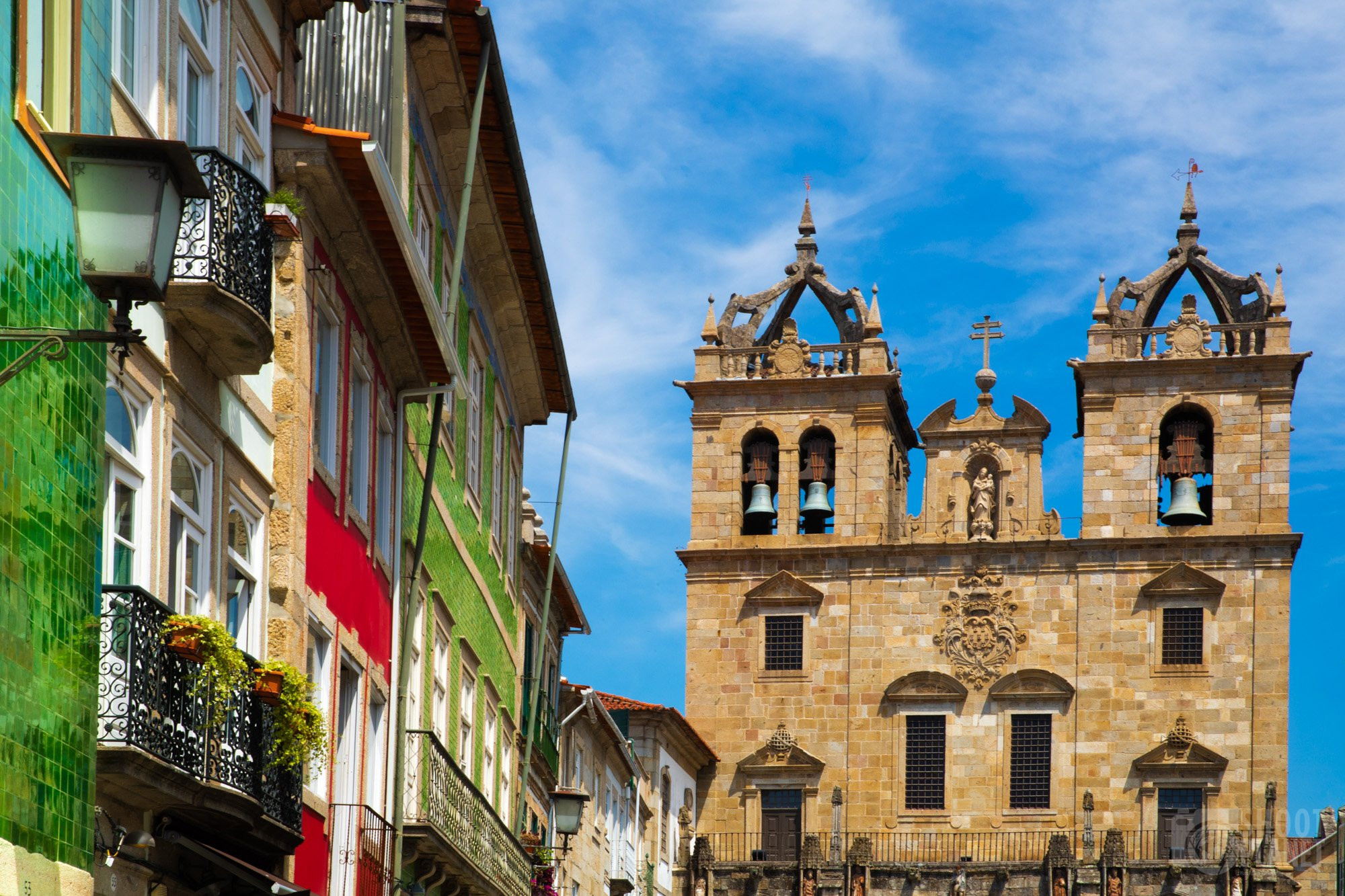 The city is as well famous for the UNESCO World Heritage Bom Jesus do Monte sanctuary and its Baroque stairway. A must-visit… 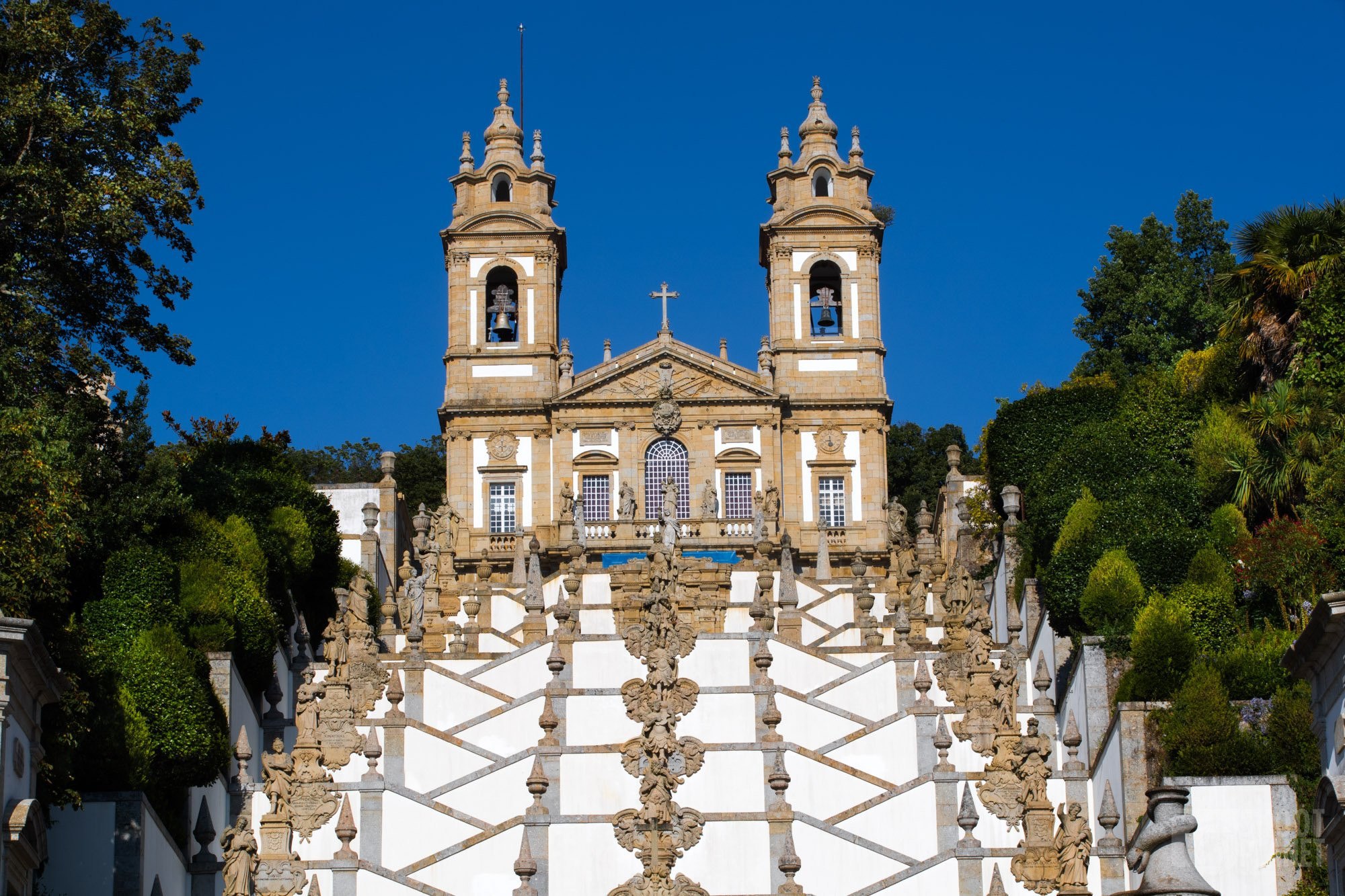 If you do not have yet enough churches pictures, go and have a look at the Basilic of Sameiro Sanctuary and Marian shine on the next hill 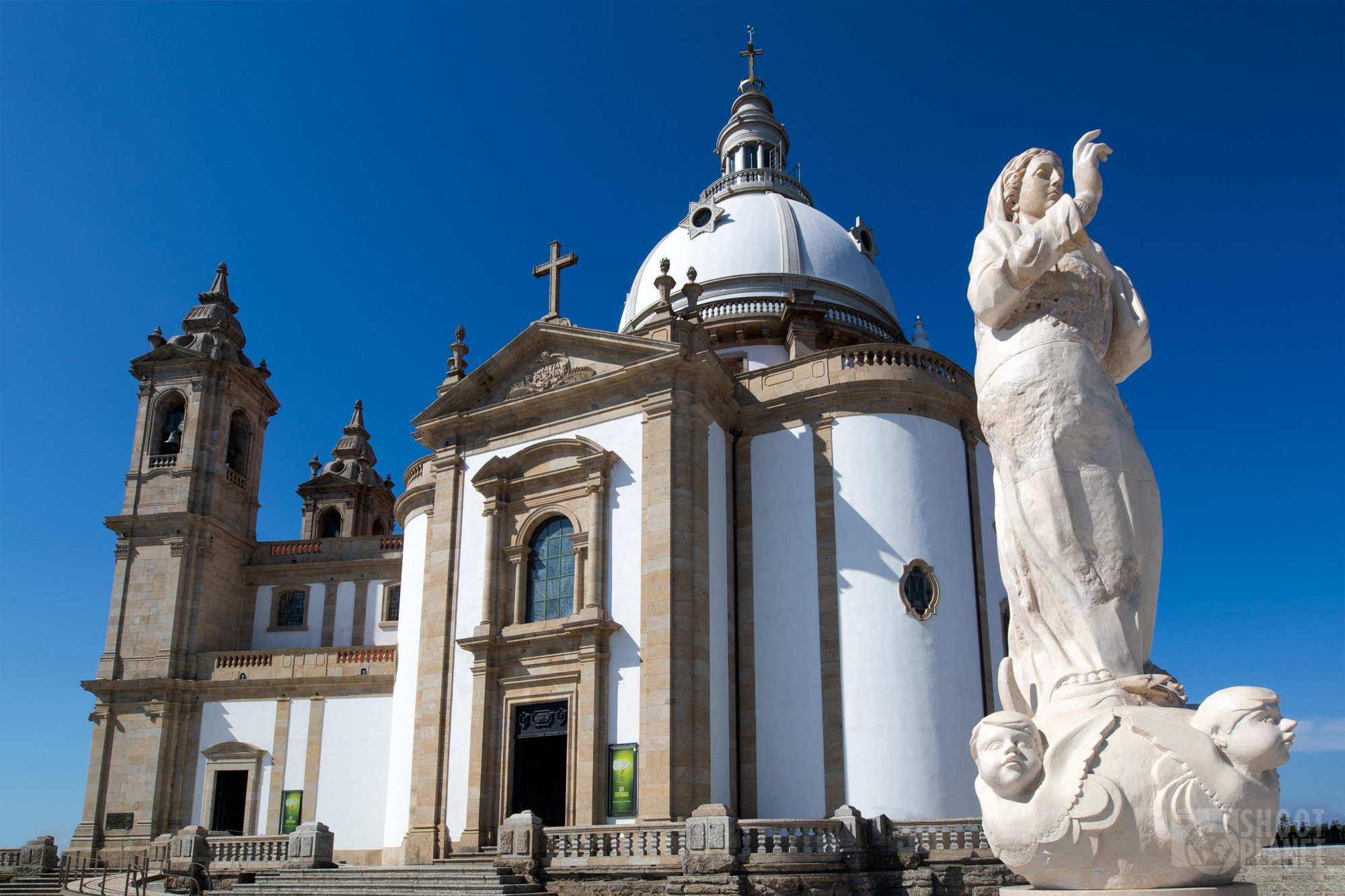 Take time to walk around Braga city, its beautiful houses and many fountains, including some great modern creations like the one below that I really like. 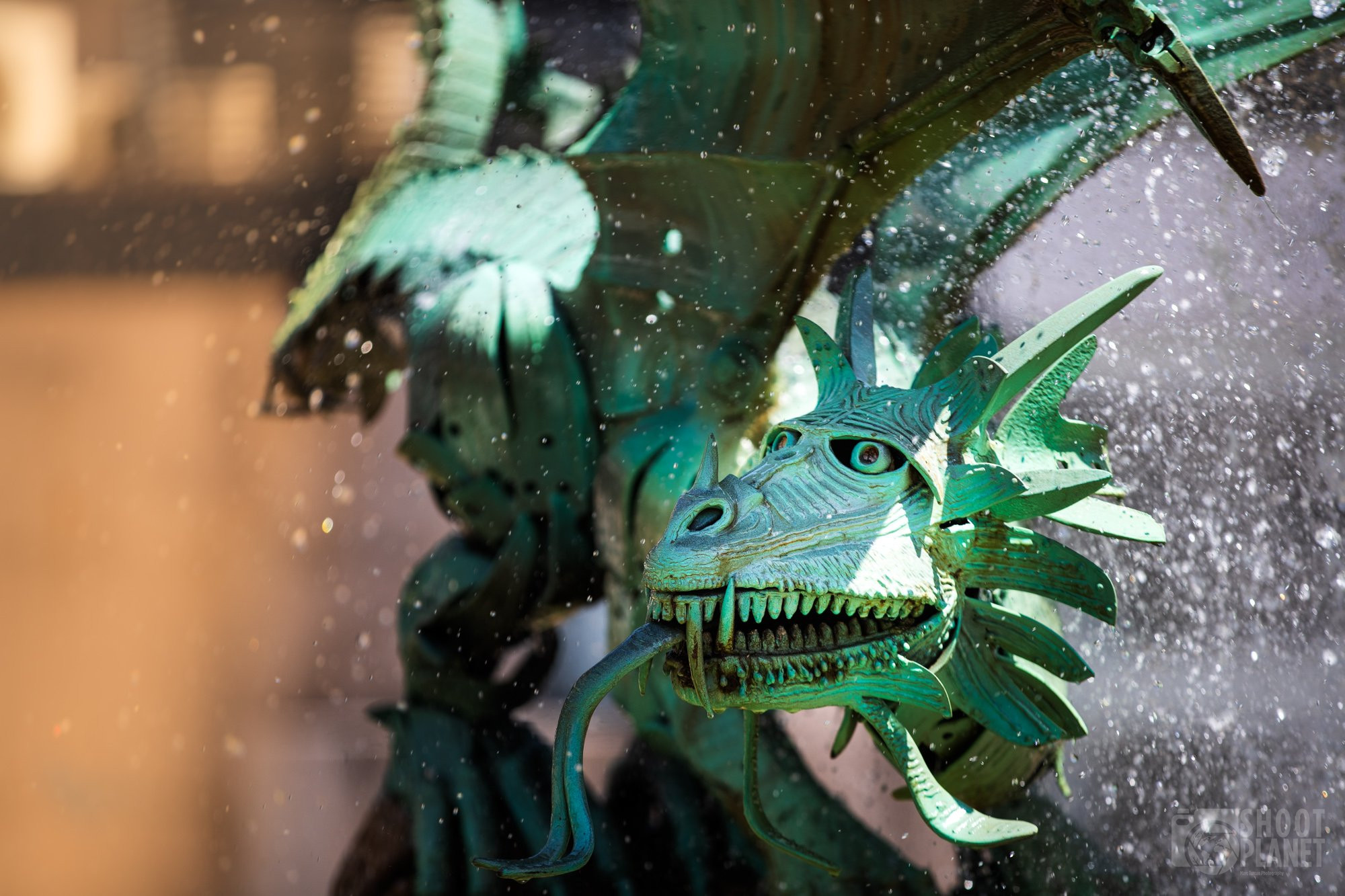 Porto is in my view the most beautiful city in Portugal, and a place to spend a few days (I’ll do, in due course, a dedicated post on it). To get a flavor of that gorgeous city, walk up to the Miradouro da Ribeira viewpoint (near the Ponte Luis Bridge) for an overview of the old city and the Douro River. A cool place to watch the sunset (with a glass of port potentially 😎) 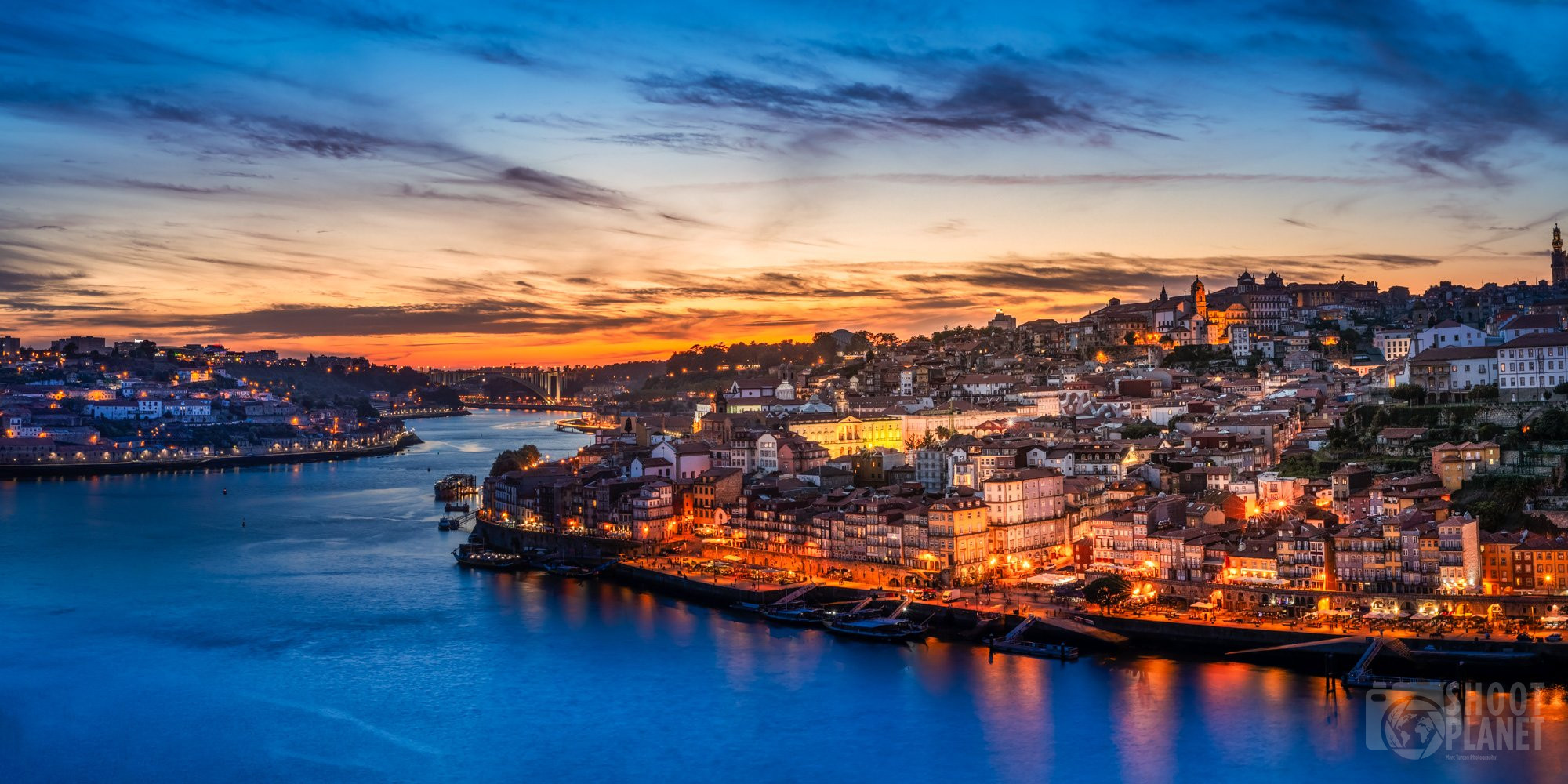 The city gave its name to the country … and to the port wine. Have a walk on the south bank of the river with its wine boats and shops,  restaurants, and bars for beautiful perspectives on the old city. 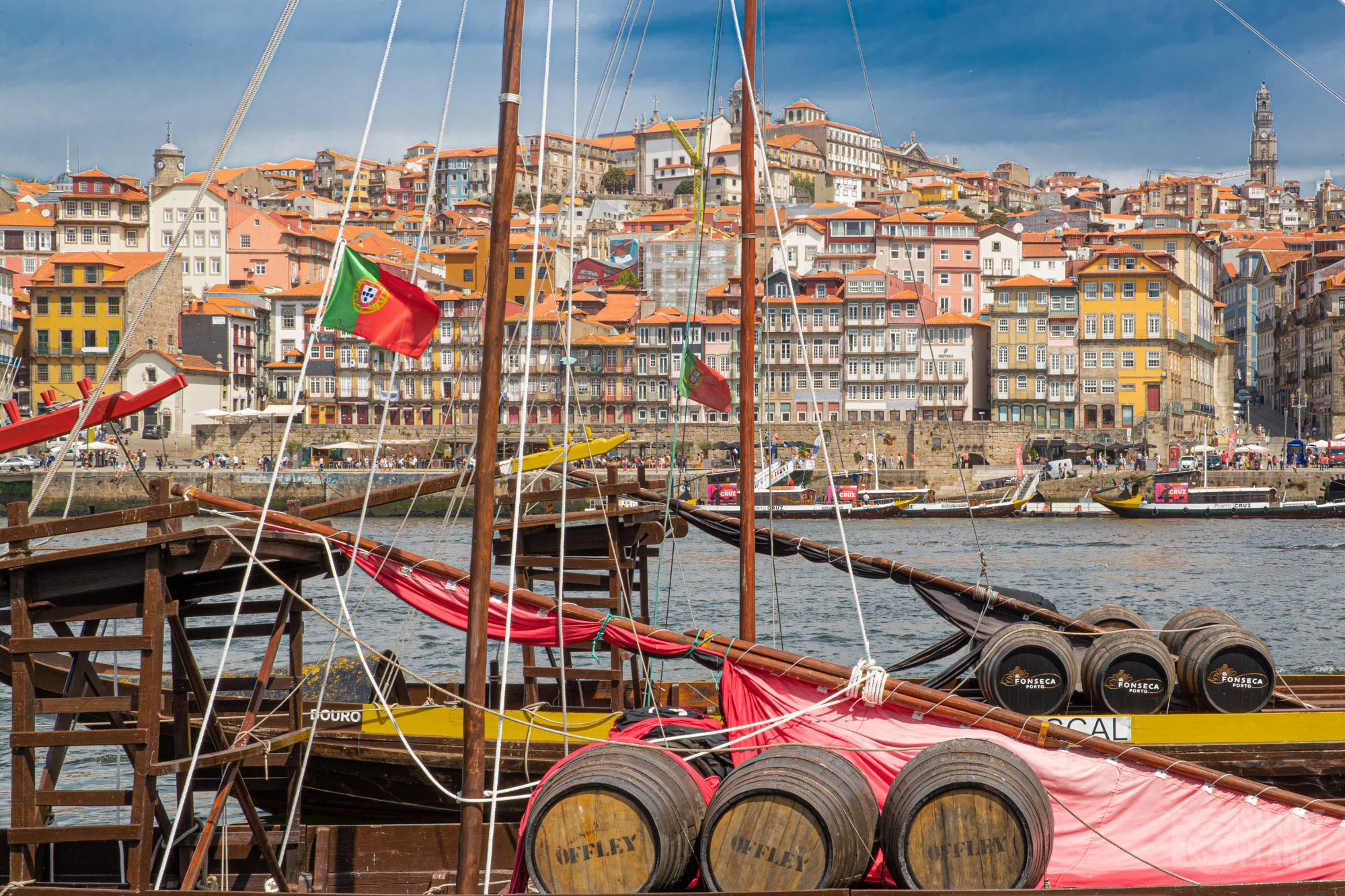 The old town and the famous Ponte Luis offer many opportunities for travel photography and endless discoveries or hikes (yes, the ups and downs here are true hikes 😅). 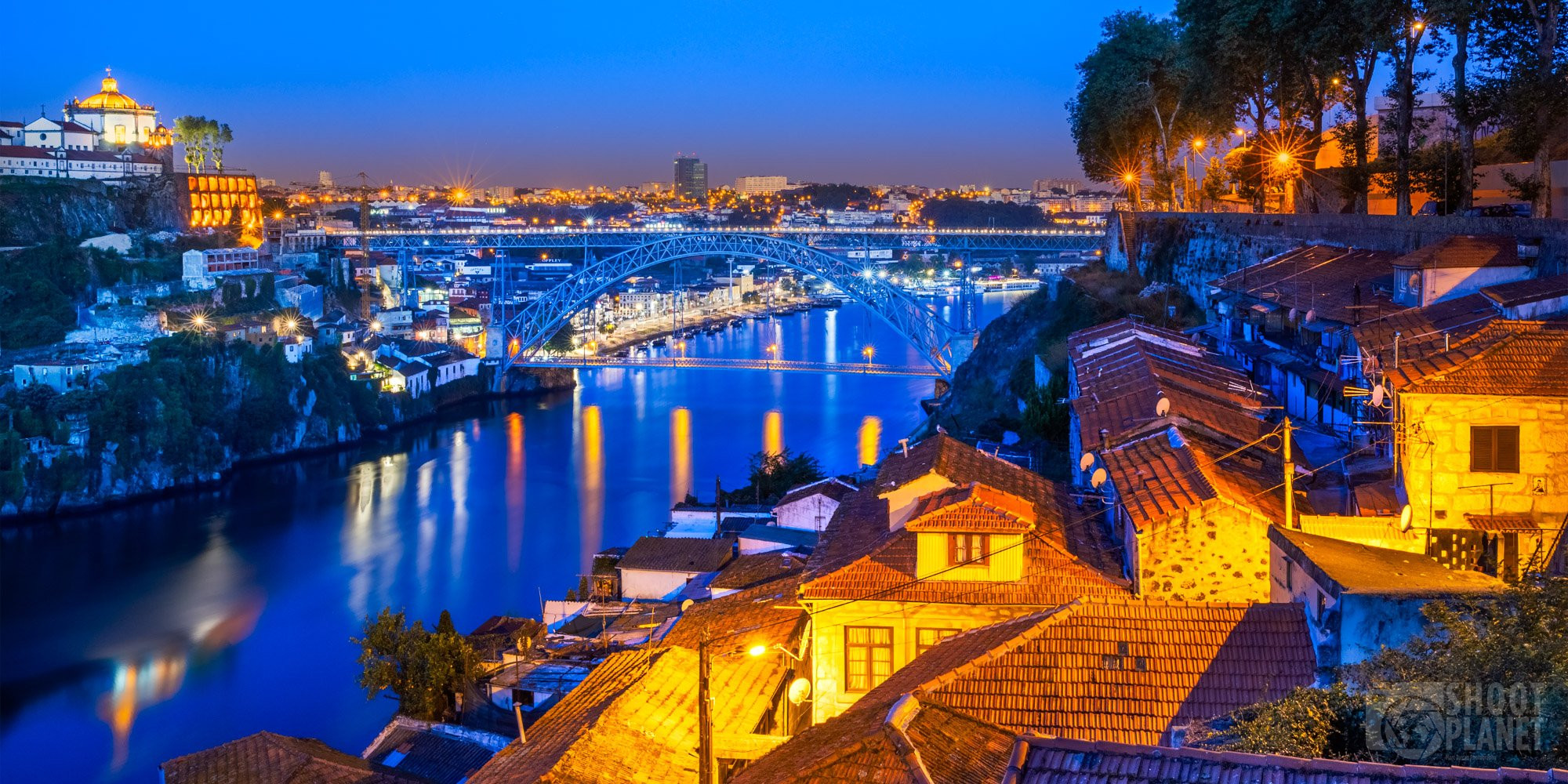 The historical city of Aveiro has a maritime history dating back to the Middle-ages. It is set amongst winding waterways and salty lagoons on the mouth of the Ria de Aveiro river and is often called the city of canals, with a Venice feel… 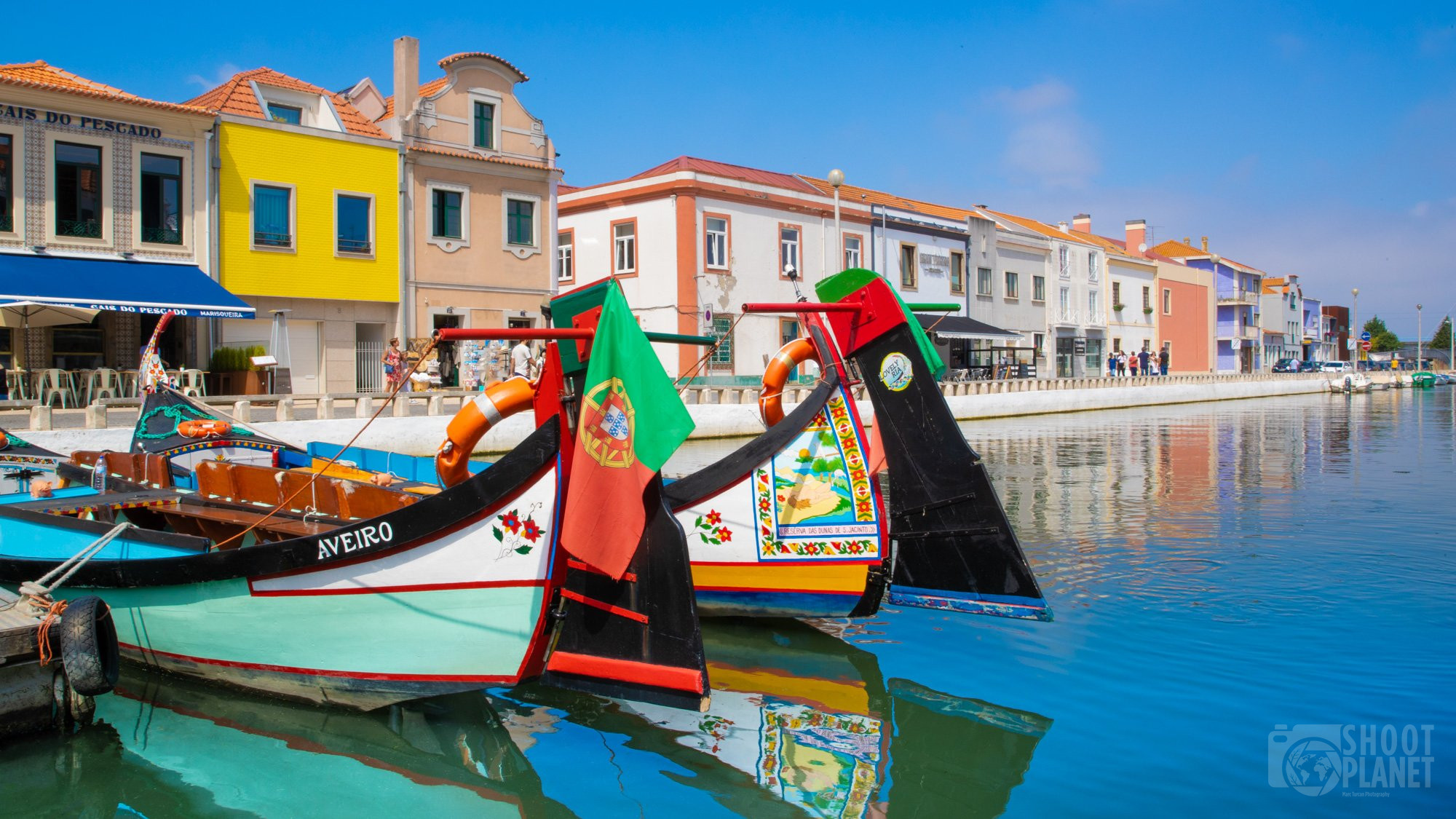 Beyond the great art nouveau architecture in the old city, visit as well the striped wooden cottages (Palheiros), of Costa Nova, a fishing village 10 km away on the beach. 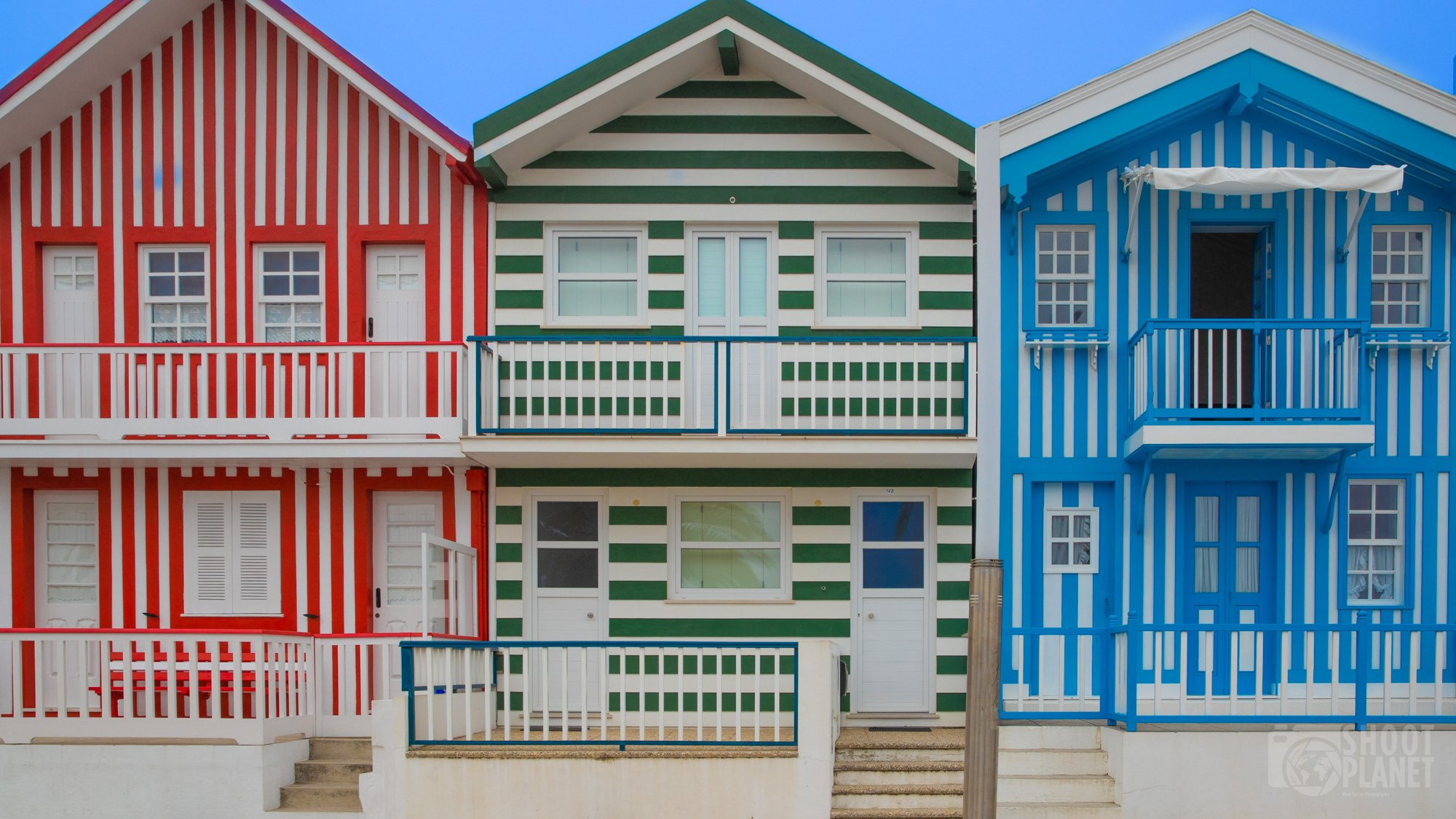 Tomar is a beautiful small town in the middle of Portugal with amazing architecture dating from up to the eleven century. It is worth a stop there for a day or two. The view from the Old bridge (King D. Manuel) with the castle on the hilltop is one of the many nice spots for travel photography. 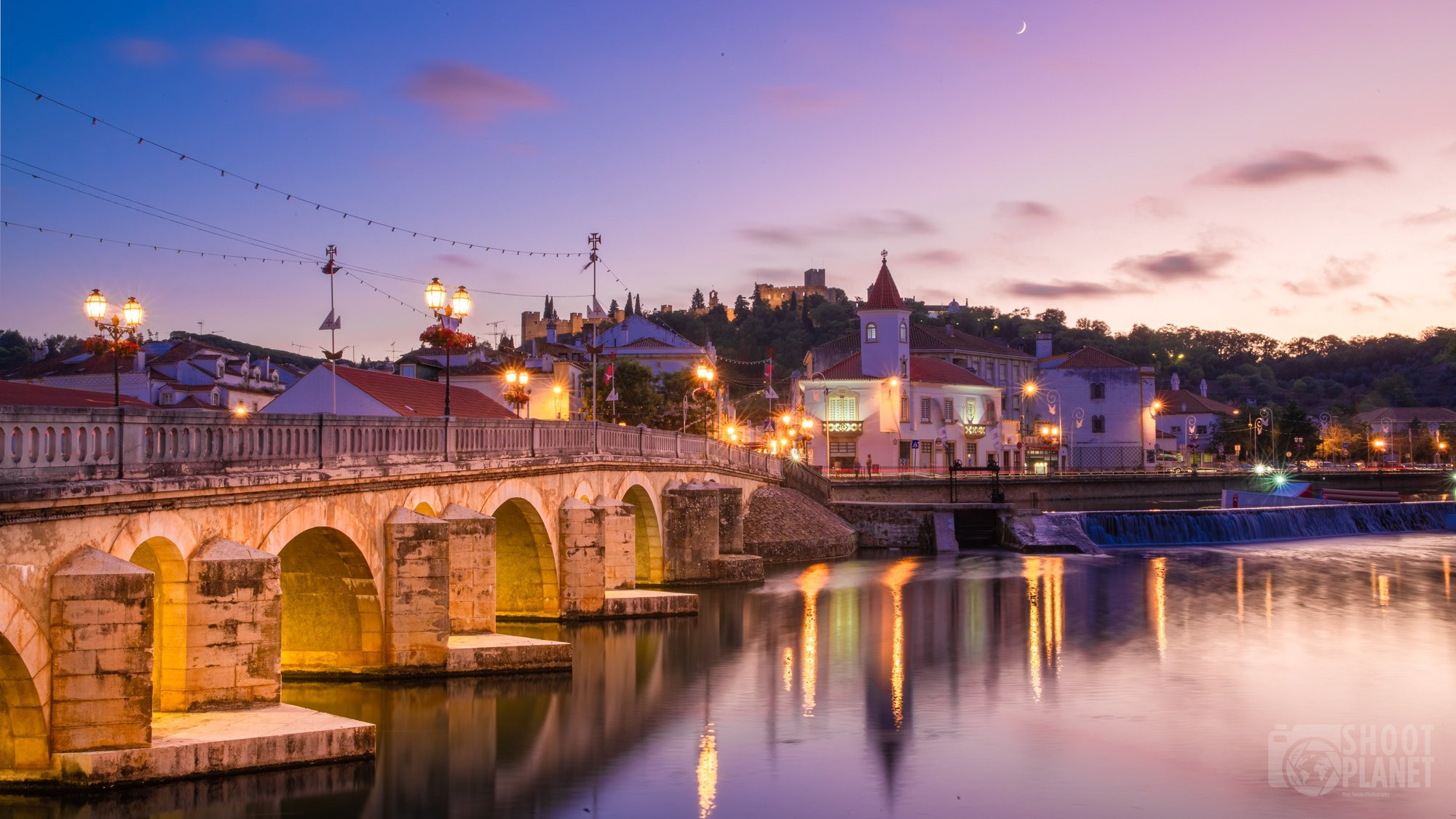 The Convent of Christ (a UNESCO World Heritage site) founded during the 12th.. century by the mysterious Knights Templar is the most famous monument in town and really worth a visit. 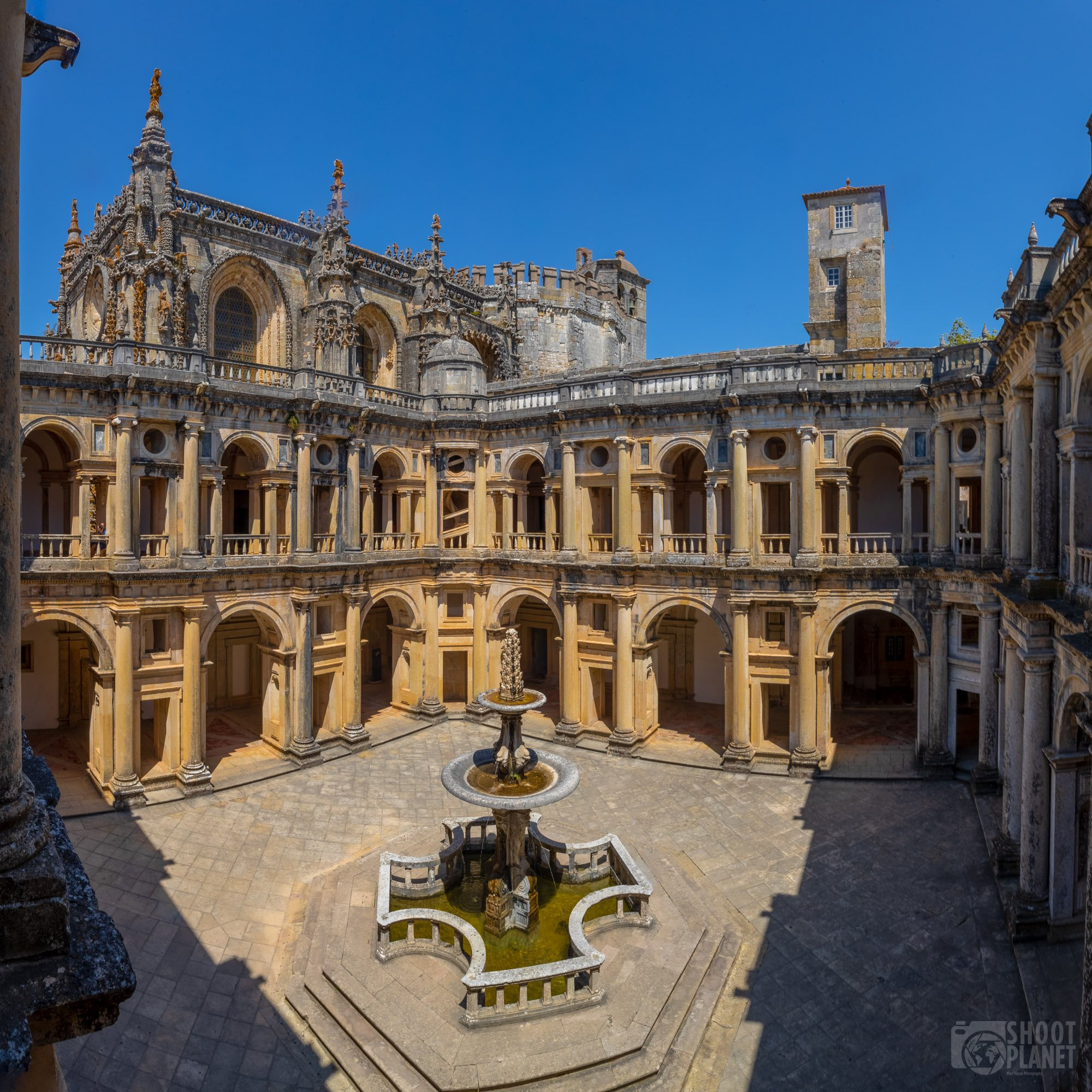 The Convent of Christ battlements are beautiful from the old downtown, especially under the golden sunset light with a storm!

It is believed that Obidos has existed before the foundation of Portugal. That wonderful medieval place has kept all its charm within its beautiful castle walls. 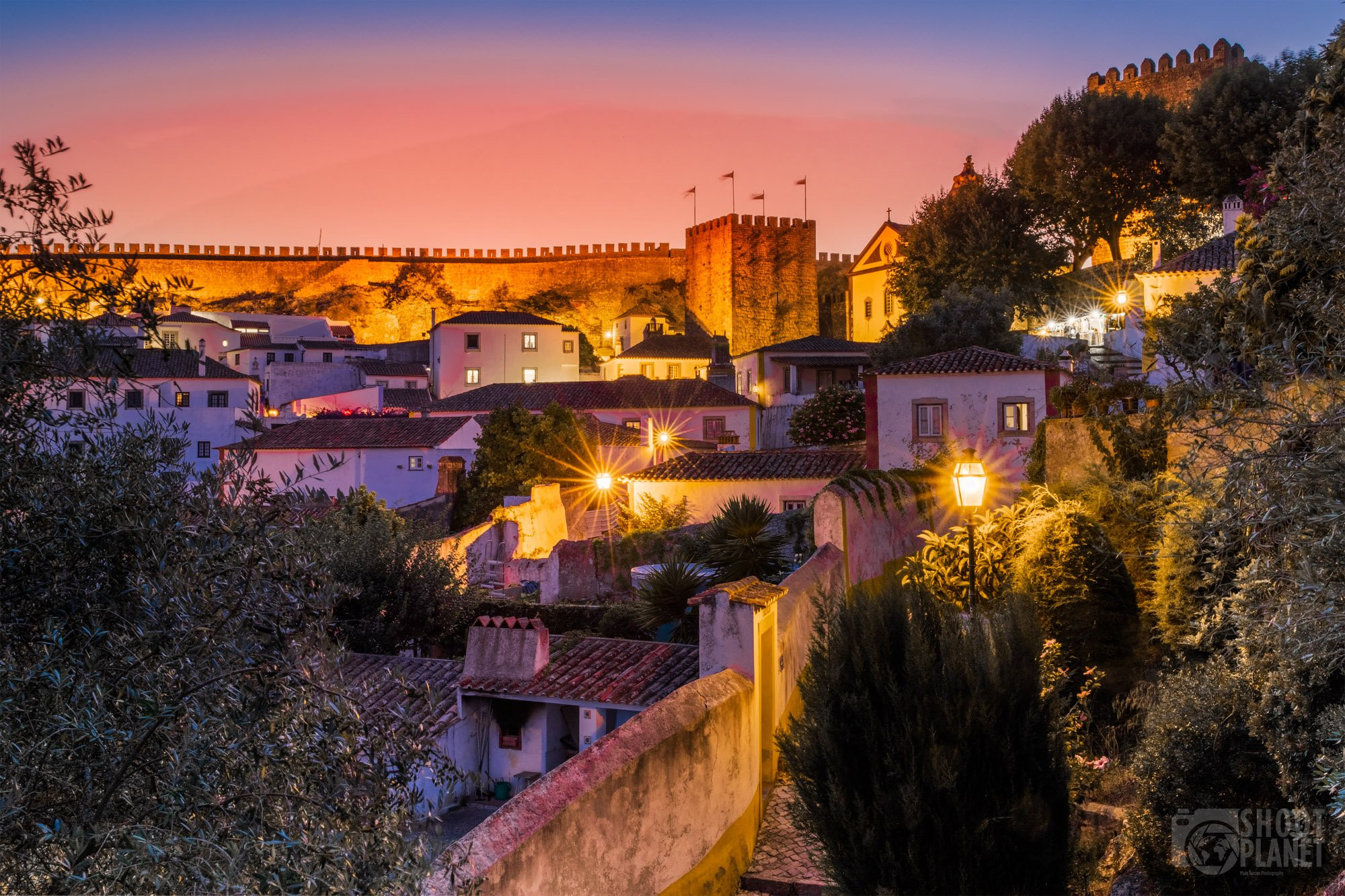 Between Lisbon and Porto, this is really worth a stop for its typical narrow streets (without cars) colorful ancient houses, and churches. 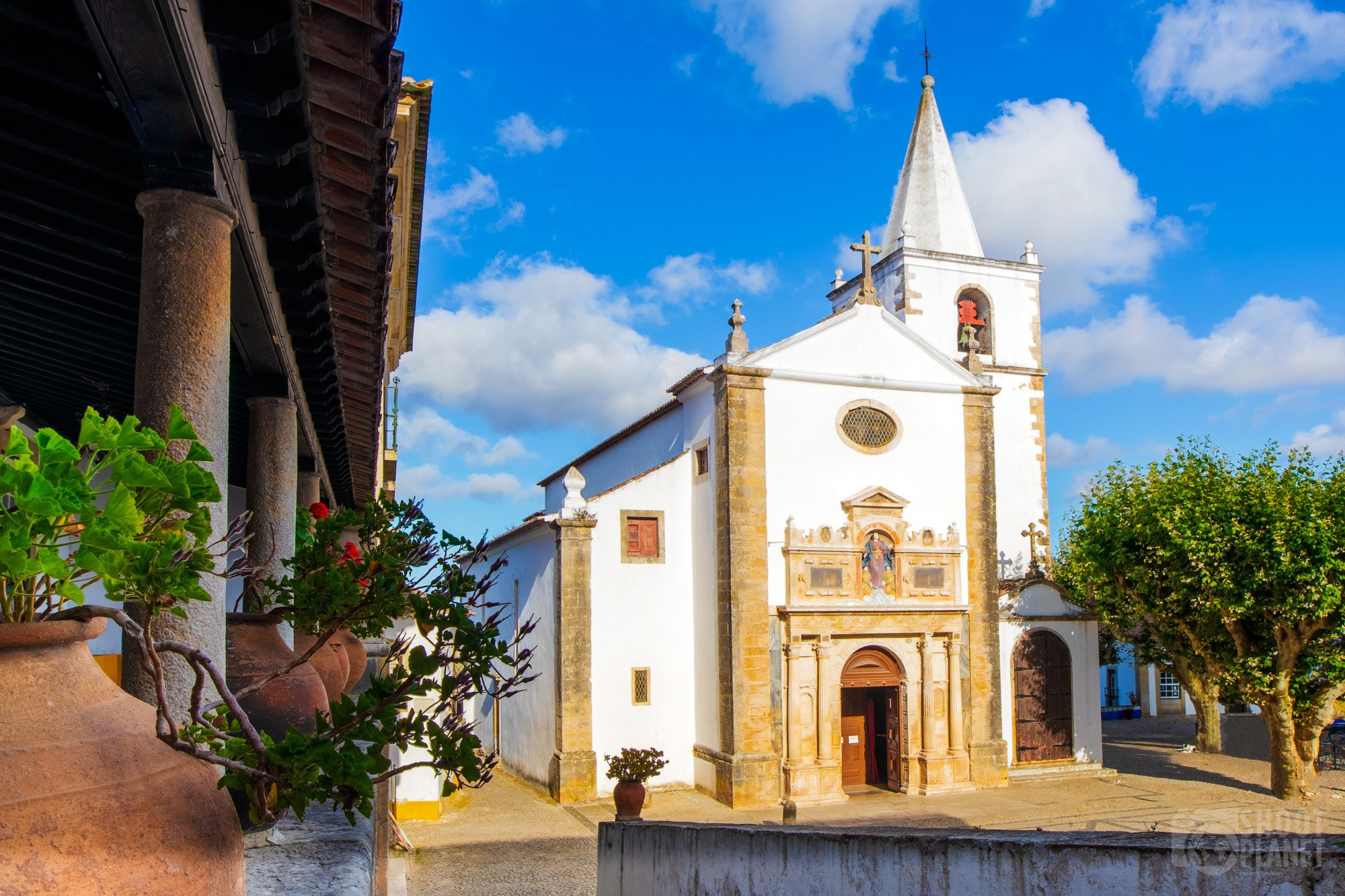 Walking the castle walls gives you beautiful perspectives. Of course, the jewel of Portugal is a victim of its success and can be very packed in summer so stay there and enjoy an early morning quiet walk… 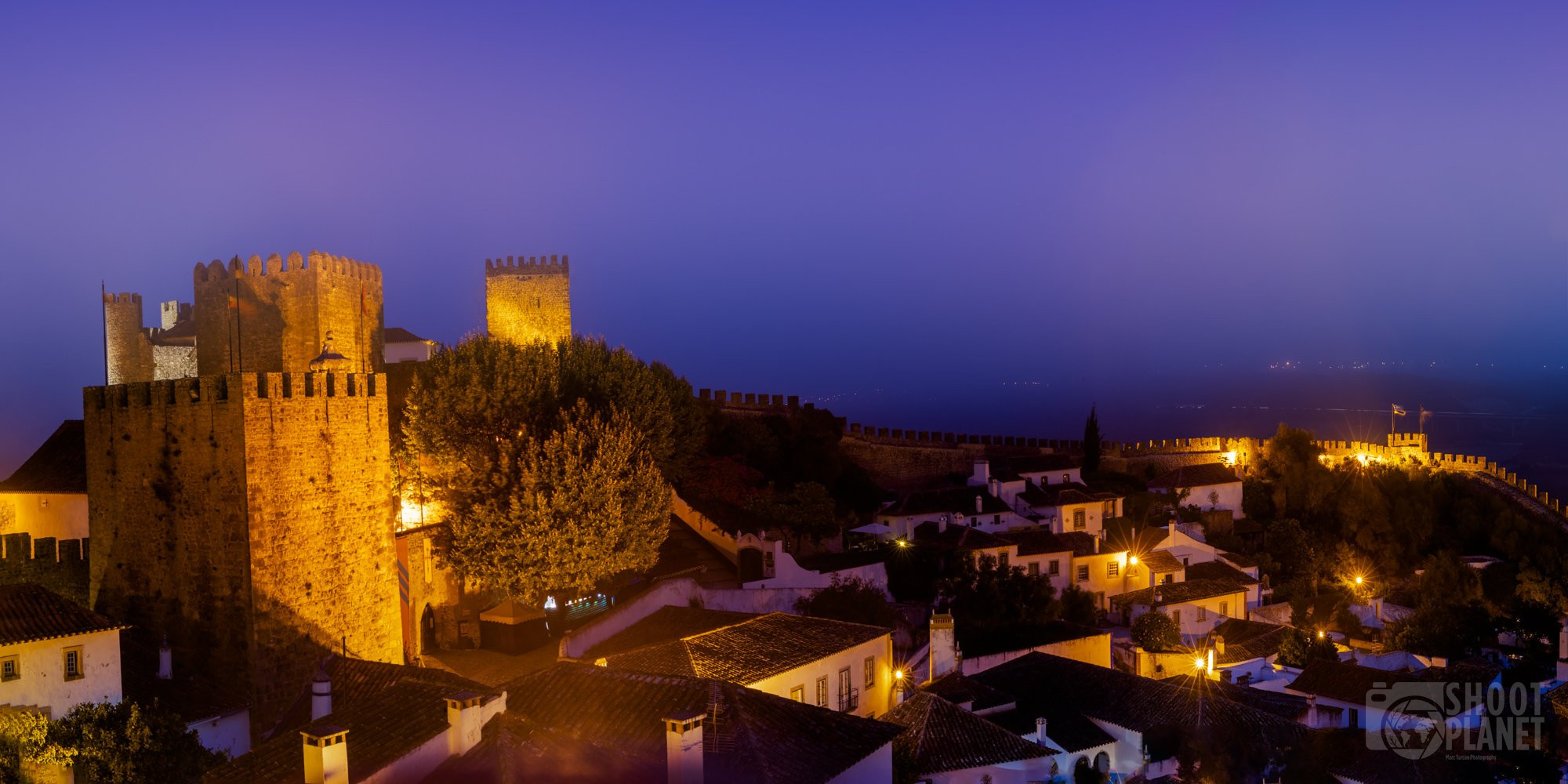 Cintra is a Unesco world heritage site named after the moon goddess of the Moors. The city receives often the nickname of fairytale village and indeed is a real fantasy landscape, amazing for any travel lover or photographer. The most famous place is the Pena Palace, originally built in the Middle ages and transformed into a summer palace for the king in the 19th century 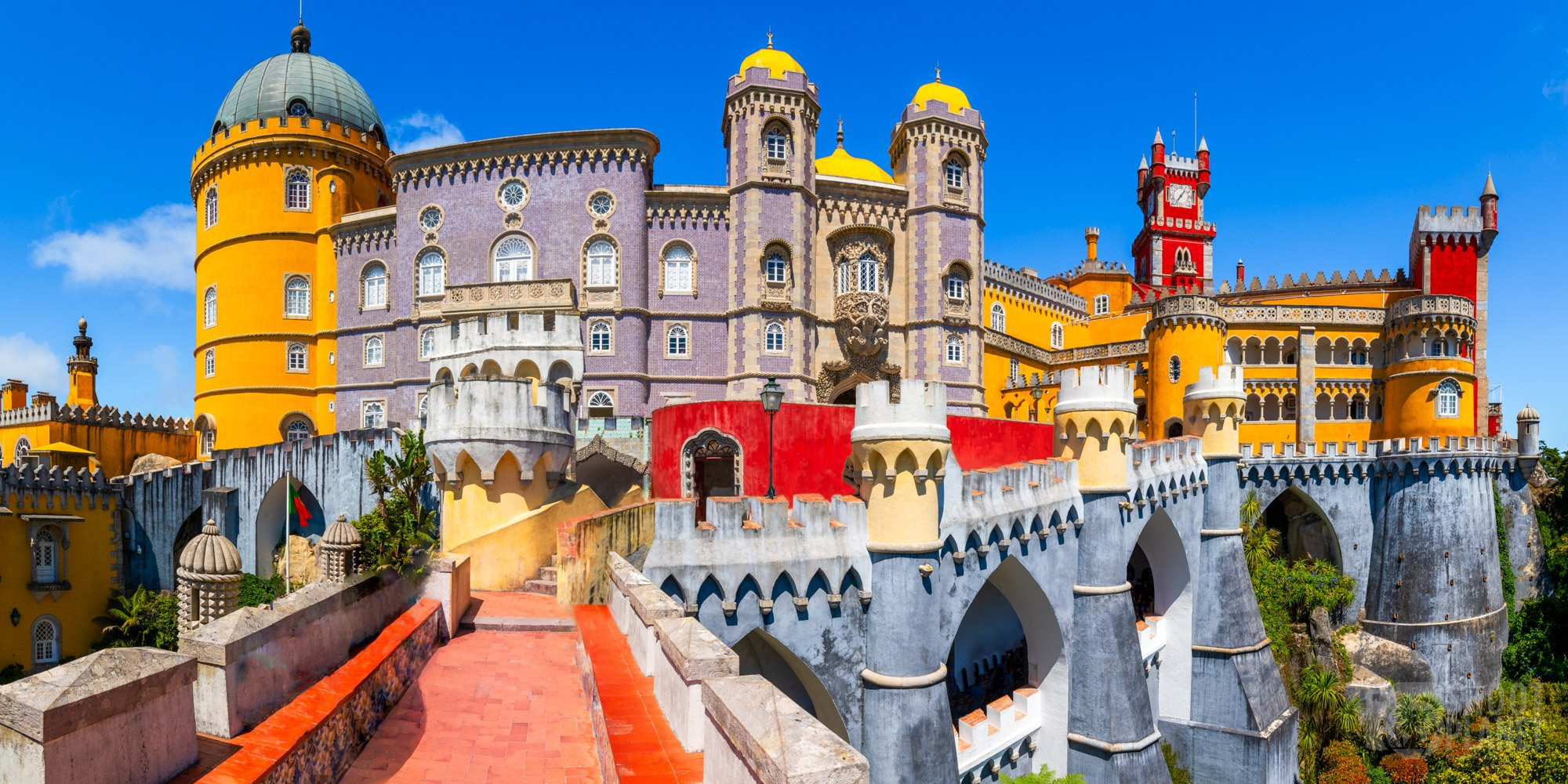 Palacio da Pena is 40 km from Lisbon but it is better to stay around for one or two nights. If you are a photographer, don’t be mislead by my pictures. Getting that stunning place with no tourist in the picture takes effort, time (a lot of), and luck. 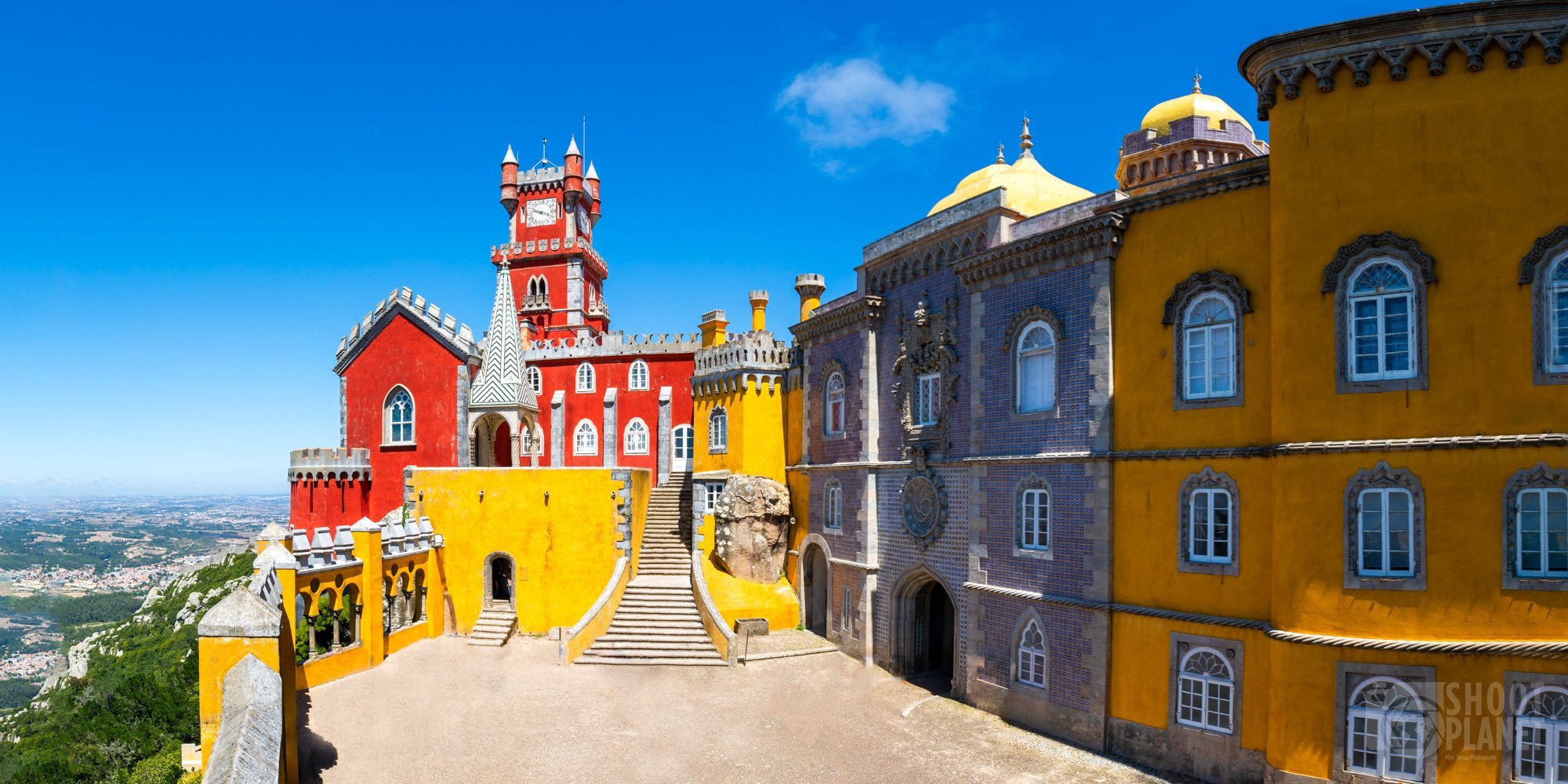 The Castelo dos Mouros constructed during the 8th and 9th centuries are beautiful ruins in the gardens of the Pena Palace. Views from the Palace (and vice versa views of the palace from the castle) are fantastic if you’re in travel photography. 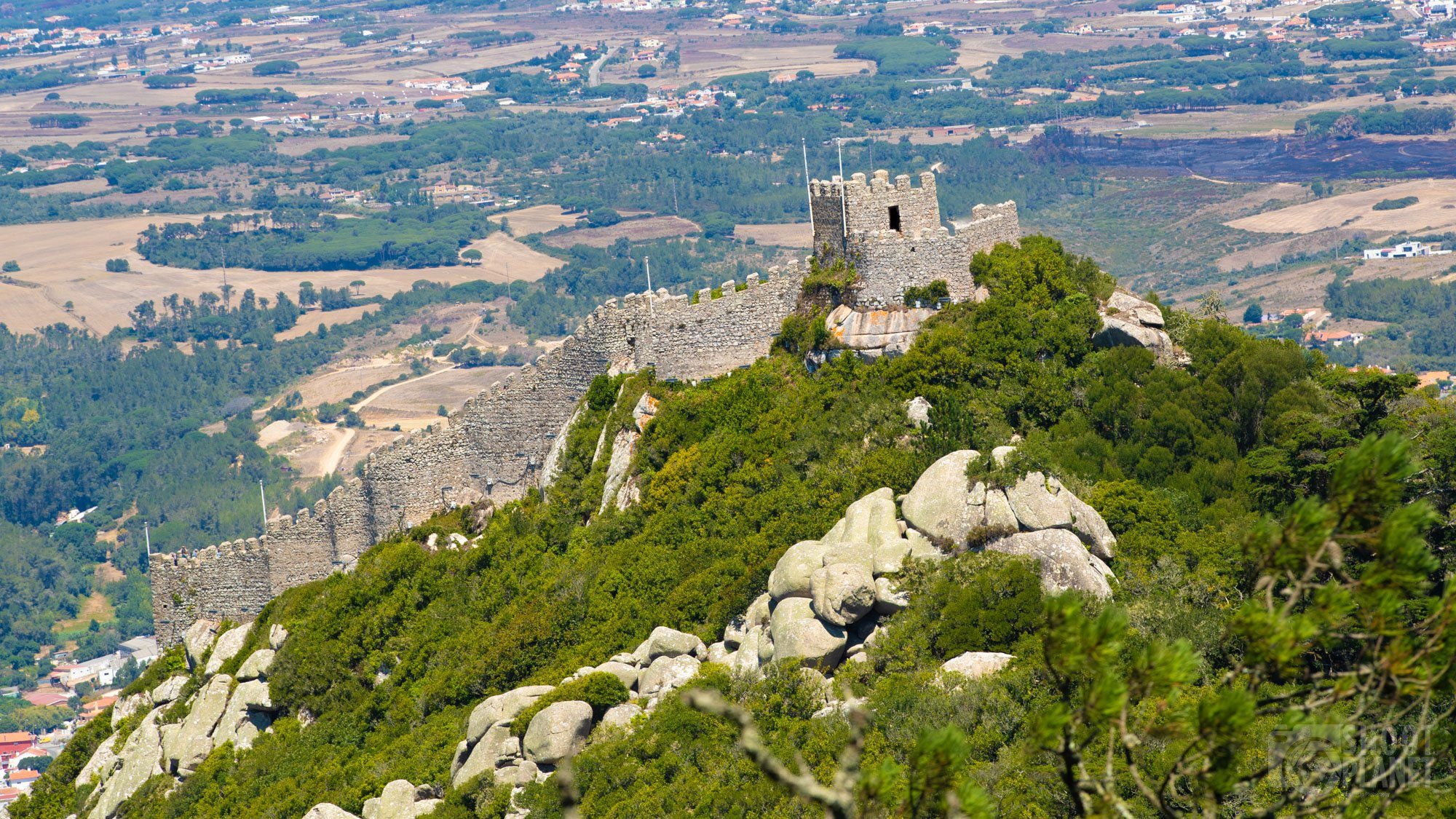 Lisbon is one of the oldest cities in Europe and is older than Rome. It will deserve a post on its own in the future and you want for sure to stop a few days there. The famous colorful houses are best viewed from Castelo de St Jorge castle hill. 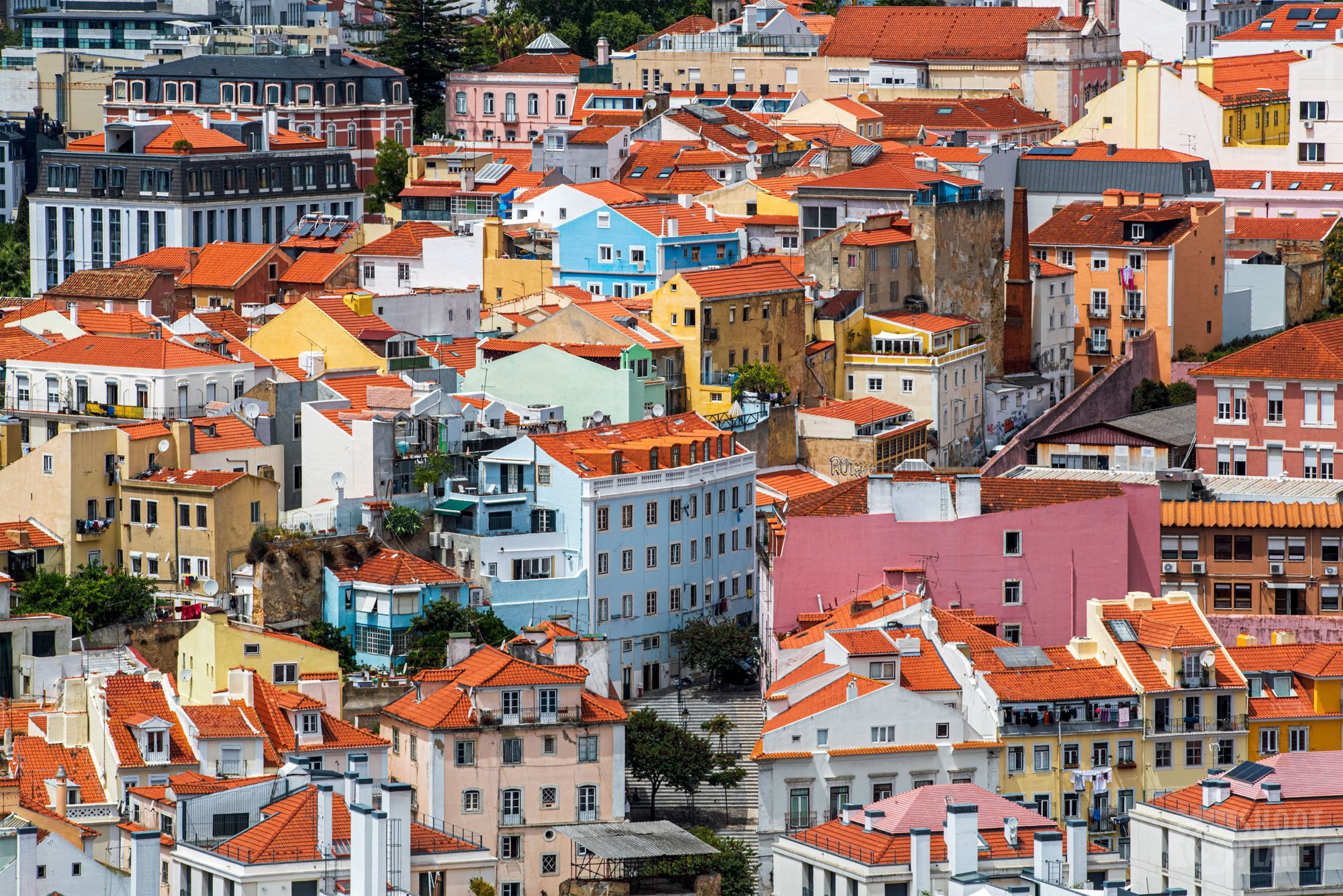 The Amalfa area is the neighborhood that survived the 1775 Earthquake and is really worth a walk through the alleyways. 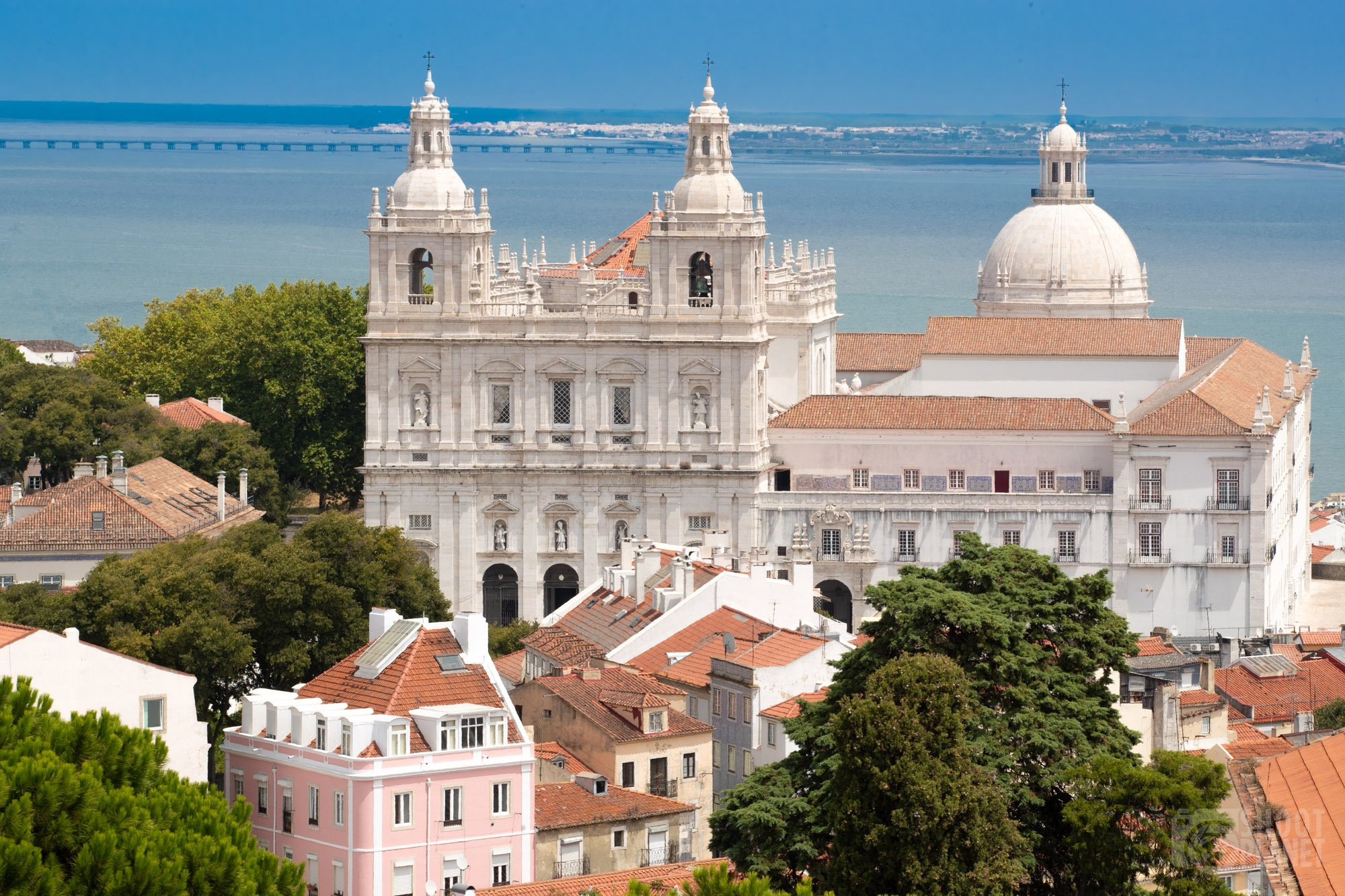 Keep exploring the city and go up to as many of the Miradoures as your legs afford 😂. You’ll be rewarded with great views of that beautiful city! 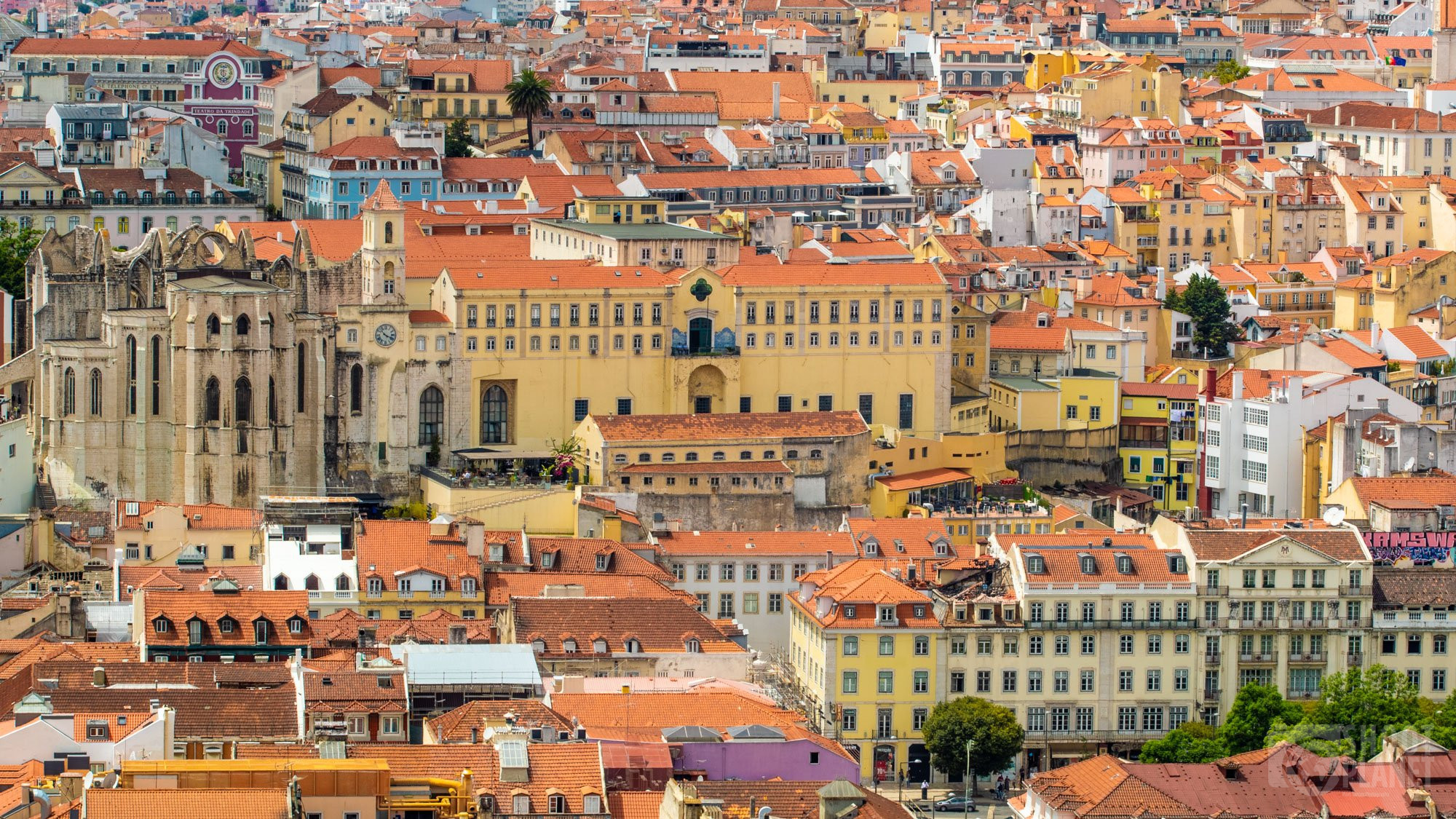 Again, I’ll produce a dedicated post in the future on Porto (my favorite) and Lisboa but let’s go down to the world-famous and gorgeous Algarve southern coast of the Iberian Peninsula…

Coming down from the north, you’ll arrive first at Cape St Vincent, Europe’s most south-westerly point, and its beautiful lighthouse, Farol do Cabo de Sao Vincente, built over the ruins of a 16th-century Franciscan convent. 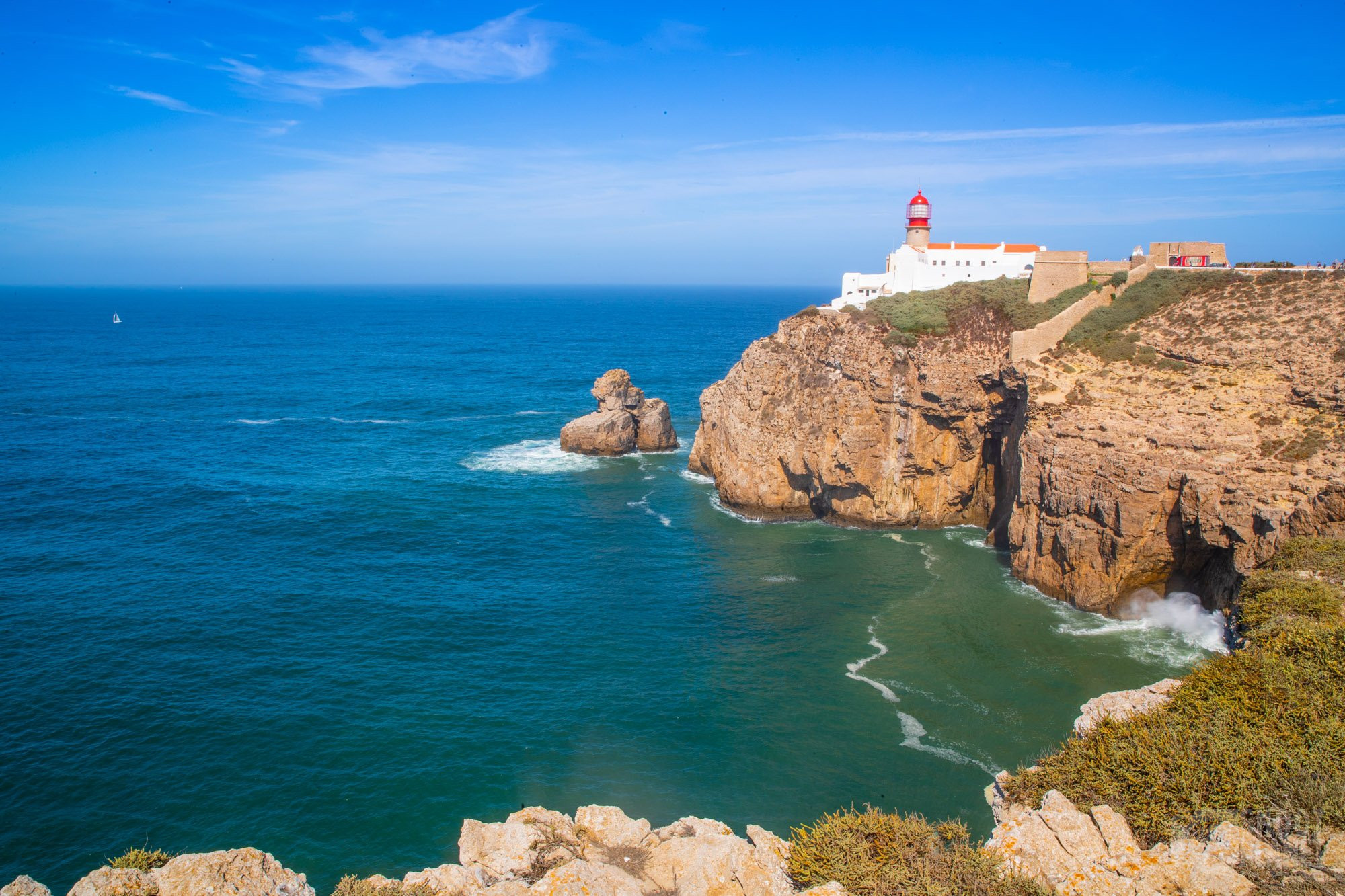 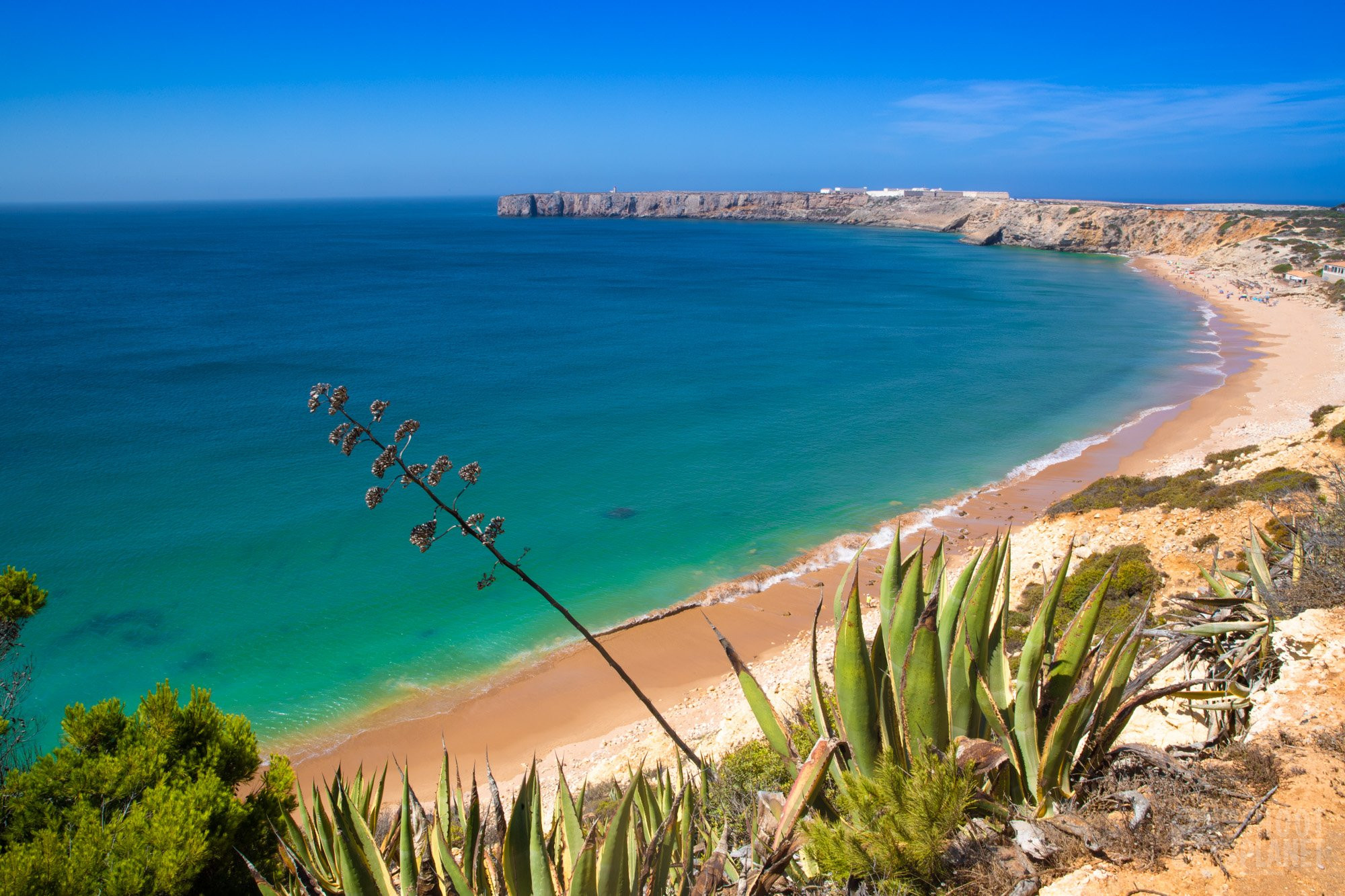 As you keep going east on the beautiful coastline, you’ll reach Lagos, one of the most beautiful towns in Algarve with a rich marine history. There are amazing natural wonder there and the most famous is Ponta da Piedade cliffs 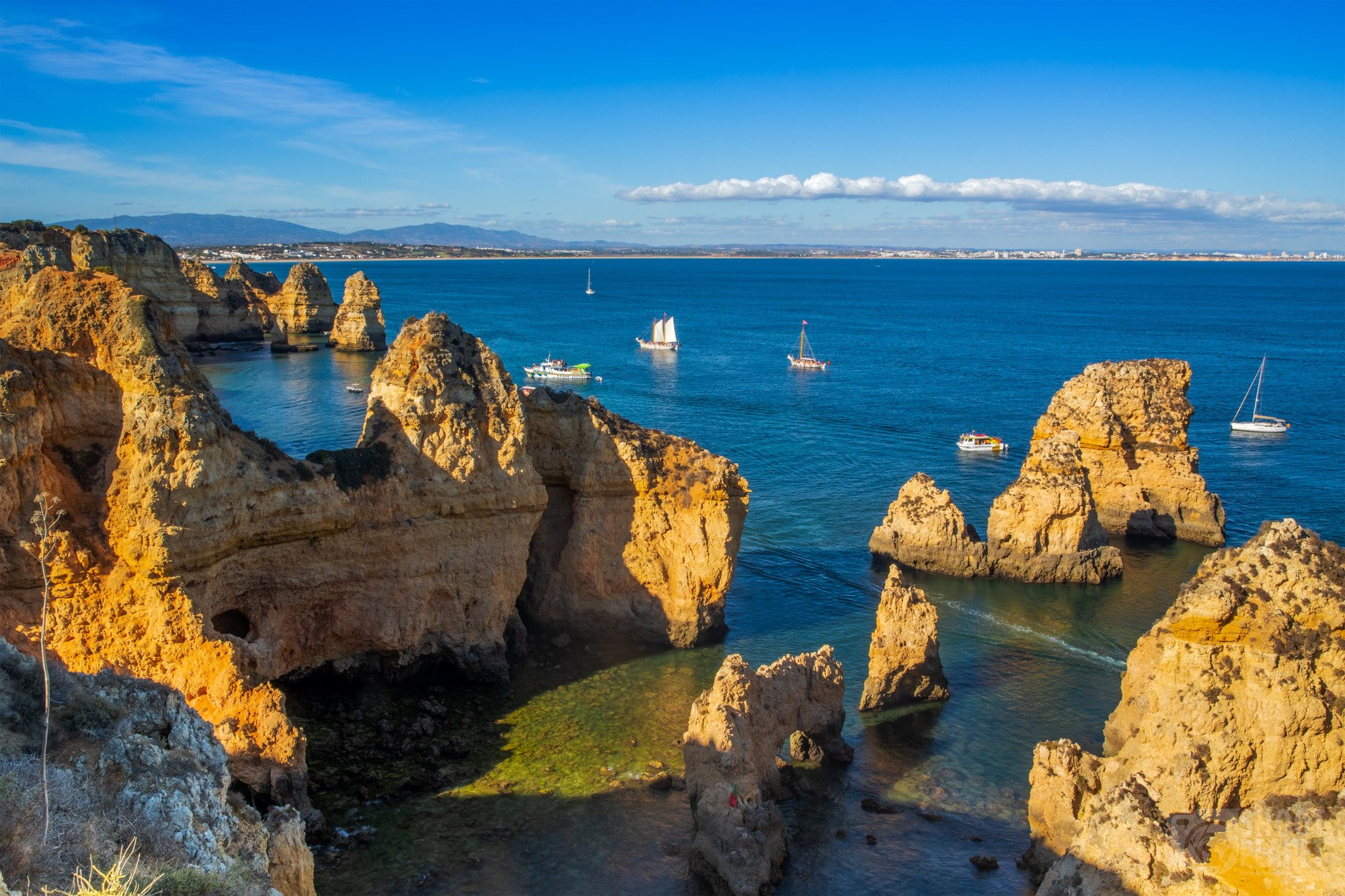 Don’t miss a peaceful hike at sunrise over the Atlantic Ocean shores, the cliffs, and the lighthouse! 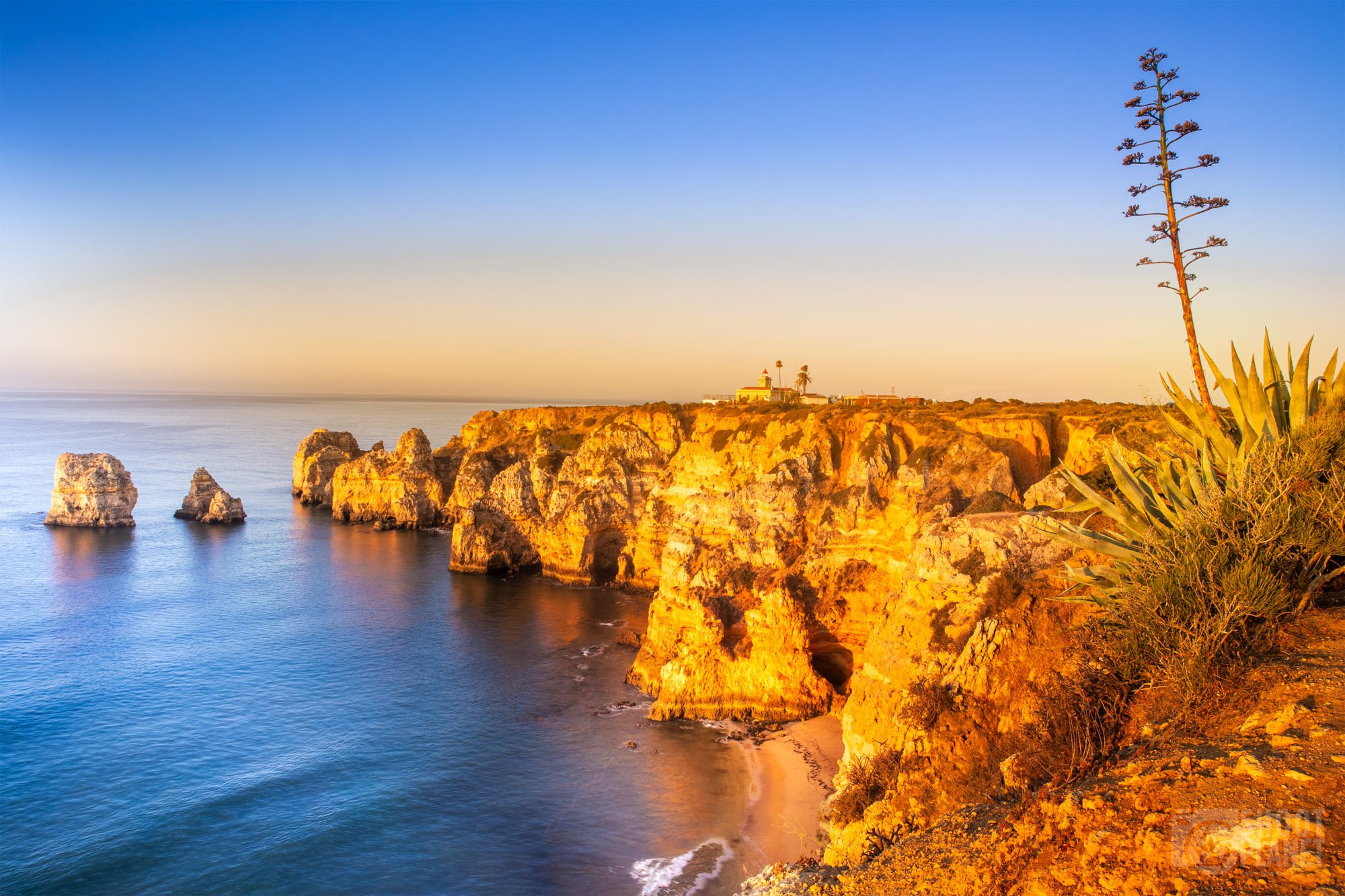 East of Lagos, Carvoeiro is a picturesque old town on a stunning part of the coastline. 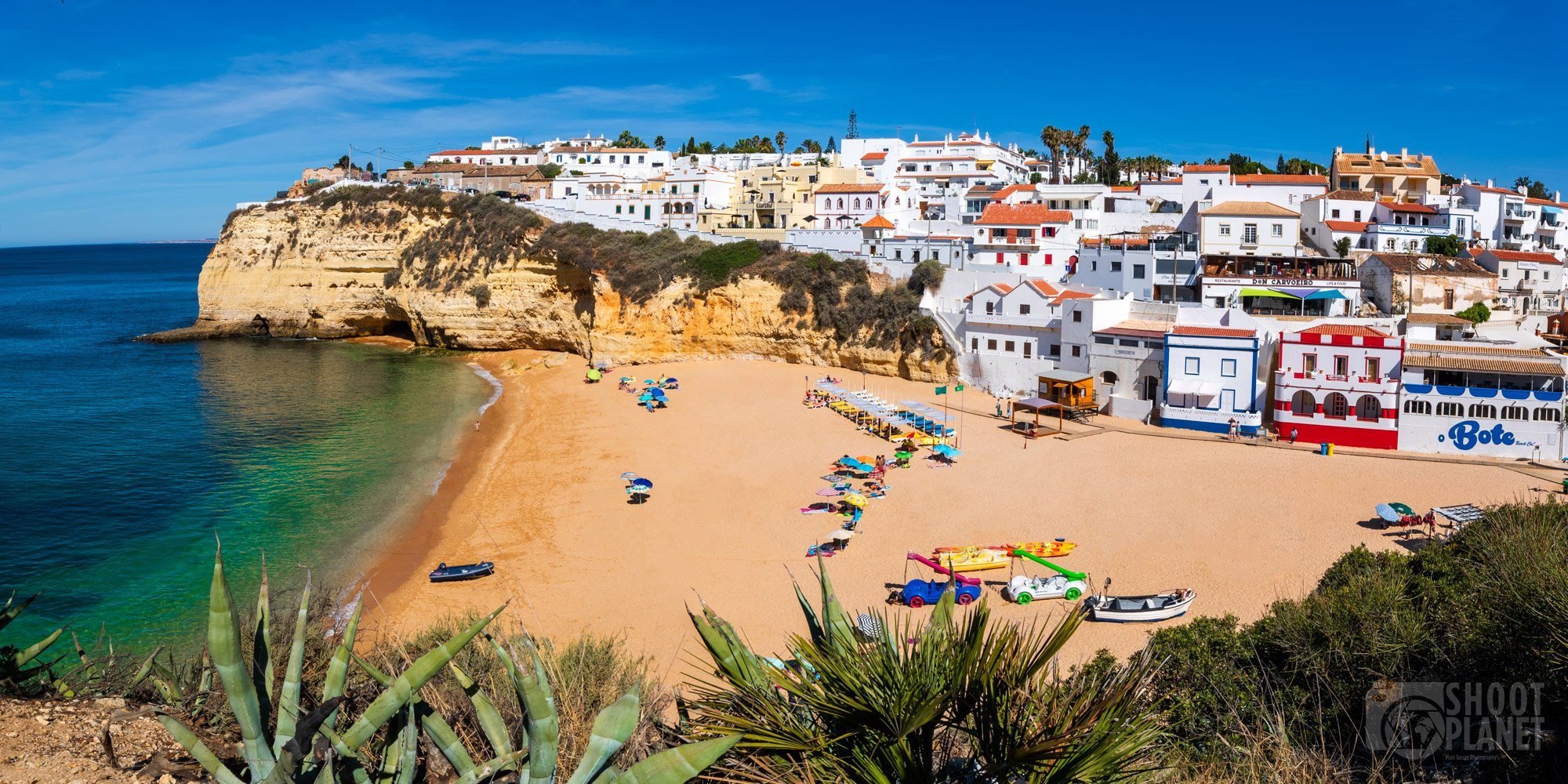 There is a beautiful sand sculpture park nearby inland, that is worth a visit. 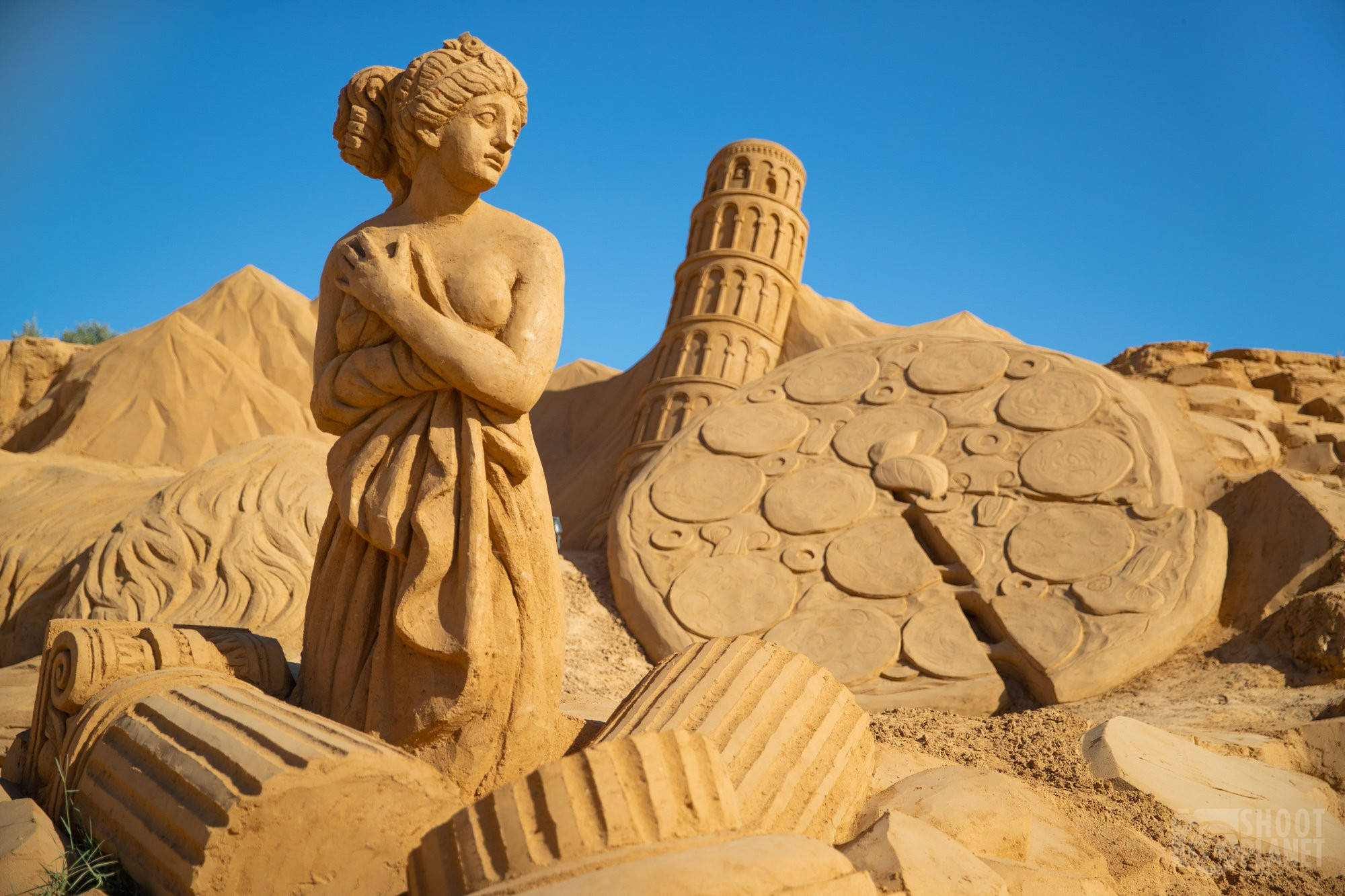 The park encourages traveling “Around the word in Sand” and offers endless photography opportunities. 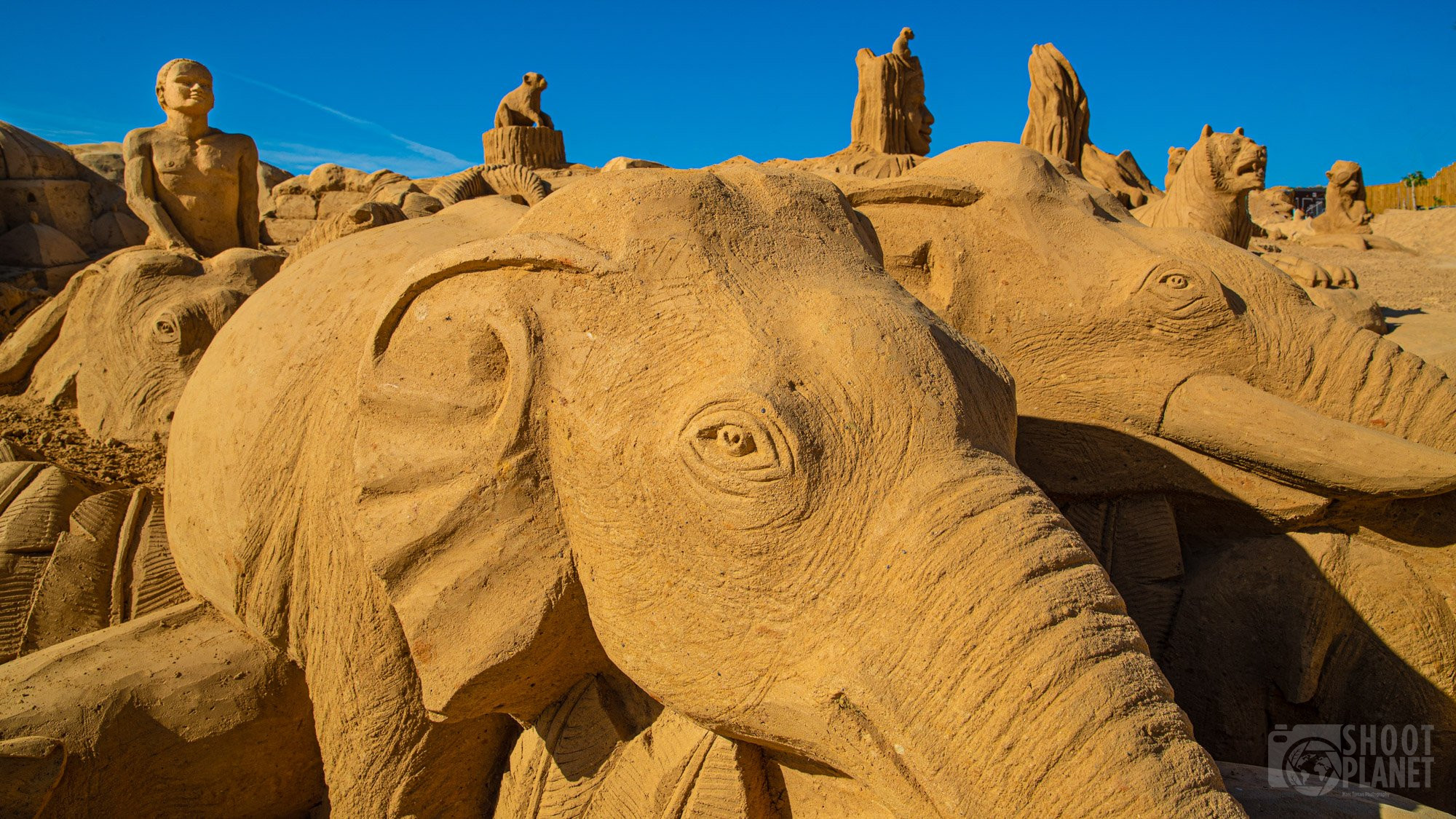 Last but not least, the panorama of Marinha and Mesquita beaches from the natural arches and cliffs is one of the many spots not to miss under golden light before sunset… 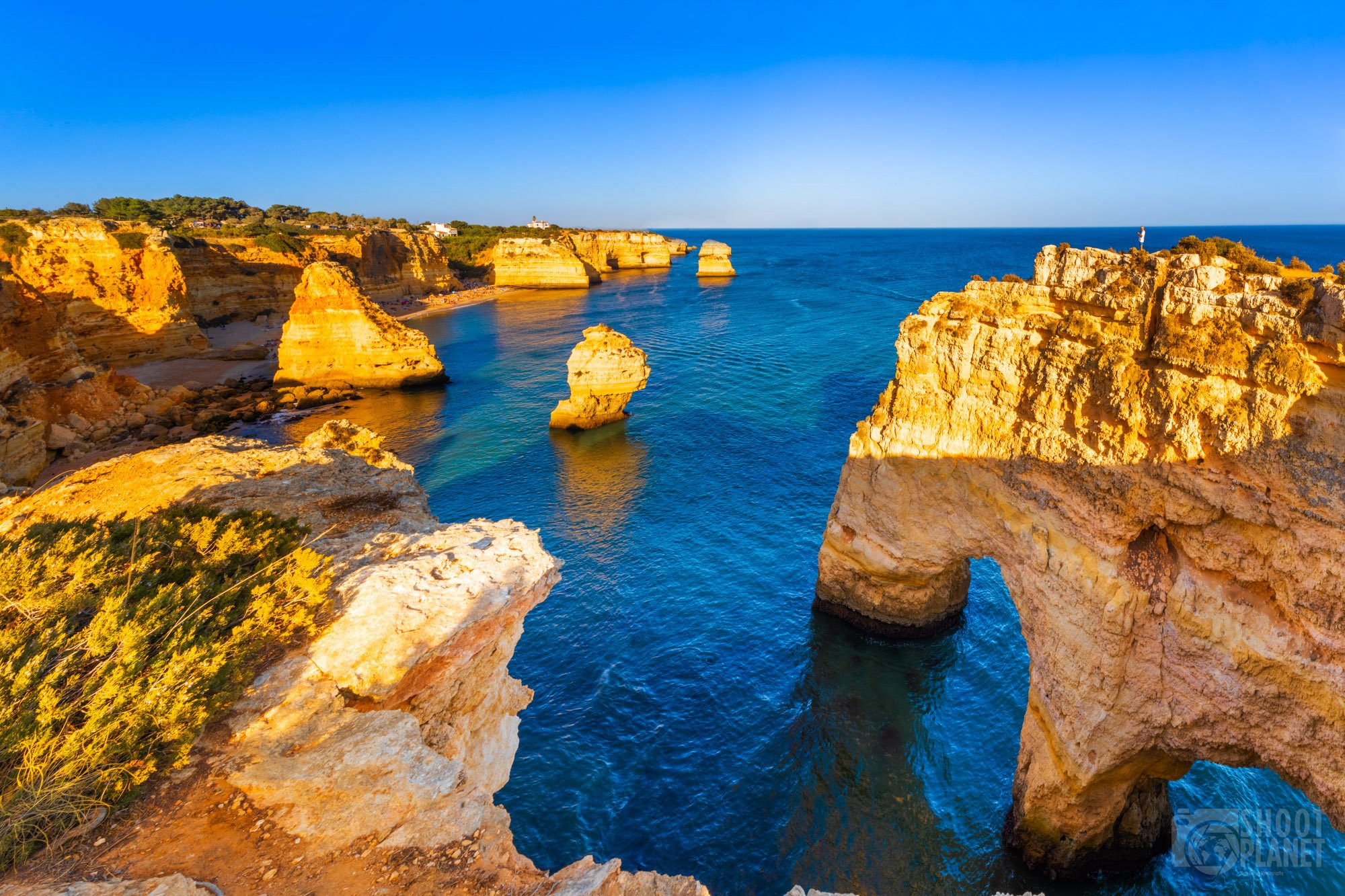 Again, just a sample of the endless Portugal wonders!