Heaven was copied after Mauritius 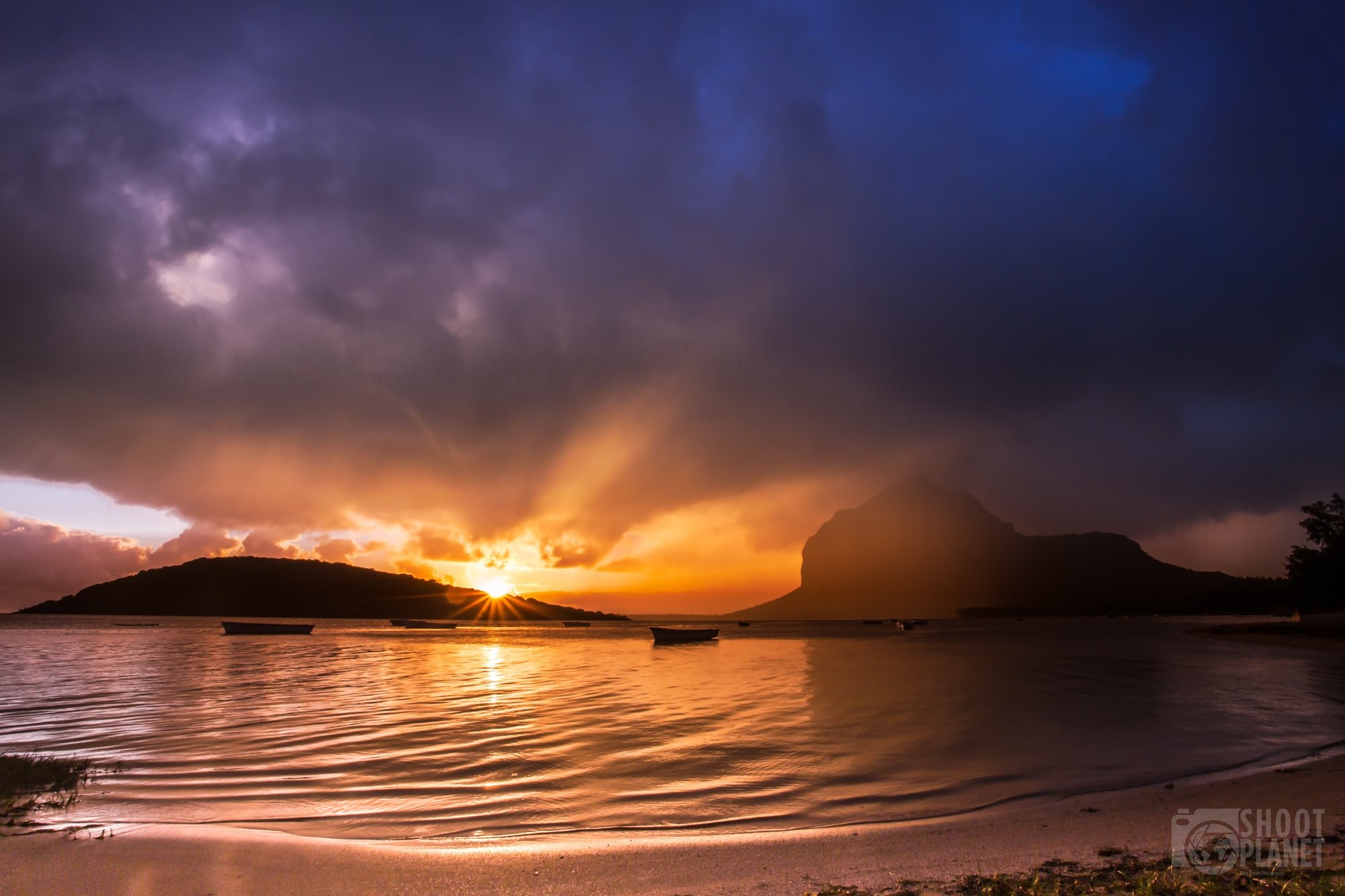 The beautiful Mauritius island is located in the Indian Ocean, near Reunion Island, and 600 miles off the coast of Madagascar. As Mark Twain once said, “Mauritius was made first and then heaven, and heaven was copied after Mauritius.” Even if I did not get an invite to shoot in paradise yet (no, not in Hell, either 😎), this truly feels accurate when you arrive there and see the landscape… And if you are a photographer or simply passionate about landscape photography, this is the place to visit… 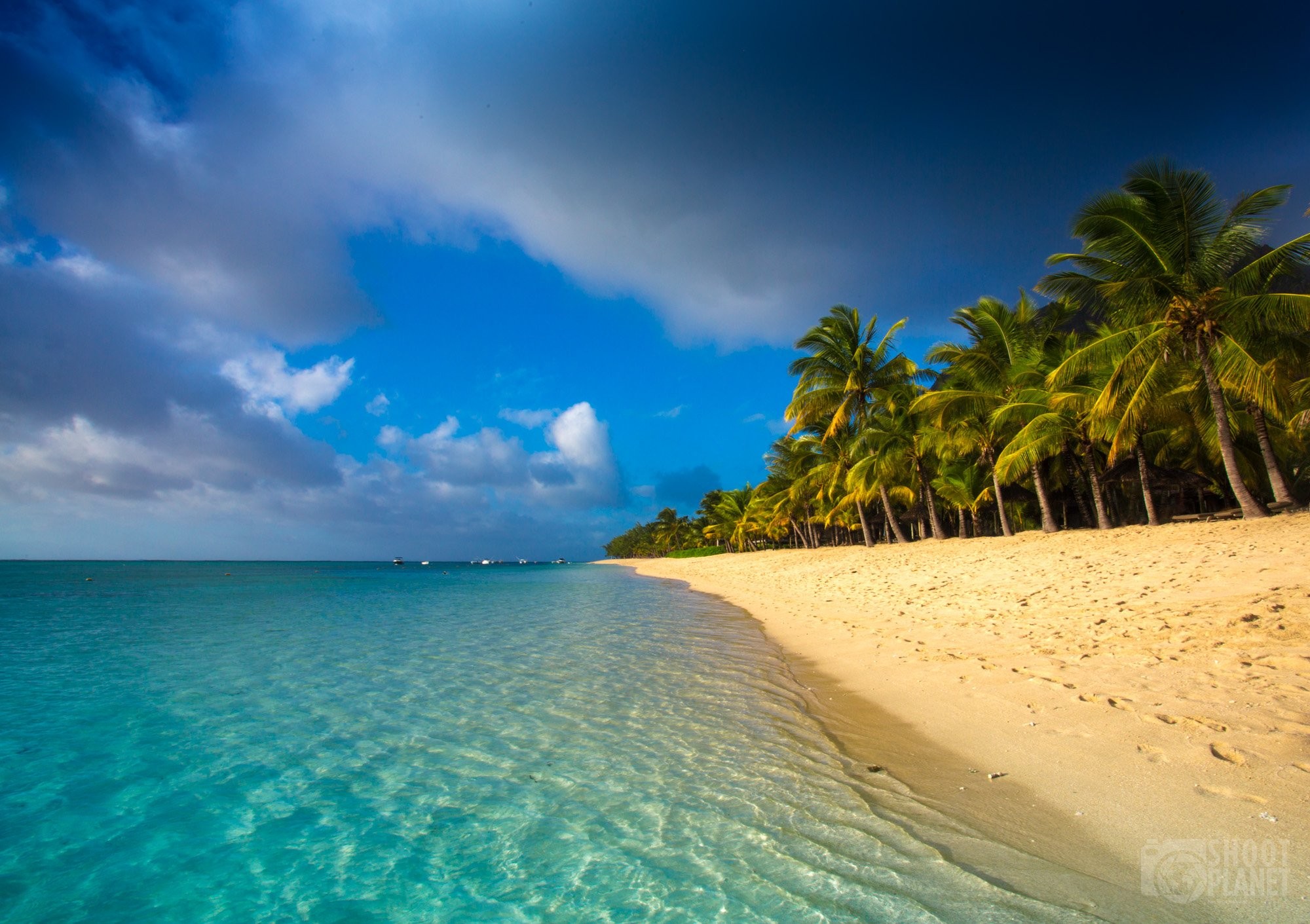 Mauritius is an 8 million-year-old volcanic island that is almost entirely surrounded by coral reefs. Arab sailors discovered the island in the 10th century, then the Portuguese explored it in the 16th century. From the 17thcentury and onward, the island was Dutch, then French, and then British, before getting its independence in 1968.

The island enjoys 170km (105mi) of coastline and much of it covered in gorgeous white-sand beaches, with coconut trees and turquoise waters. So you really need to see this place! 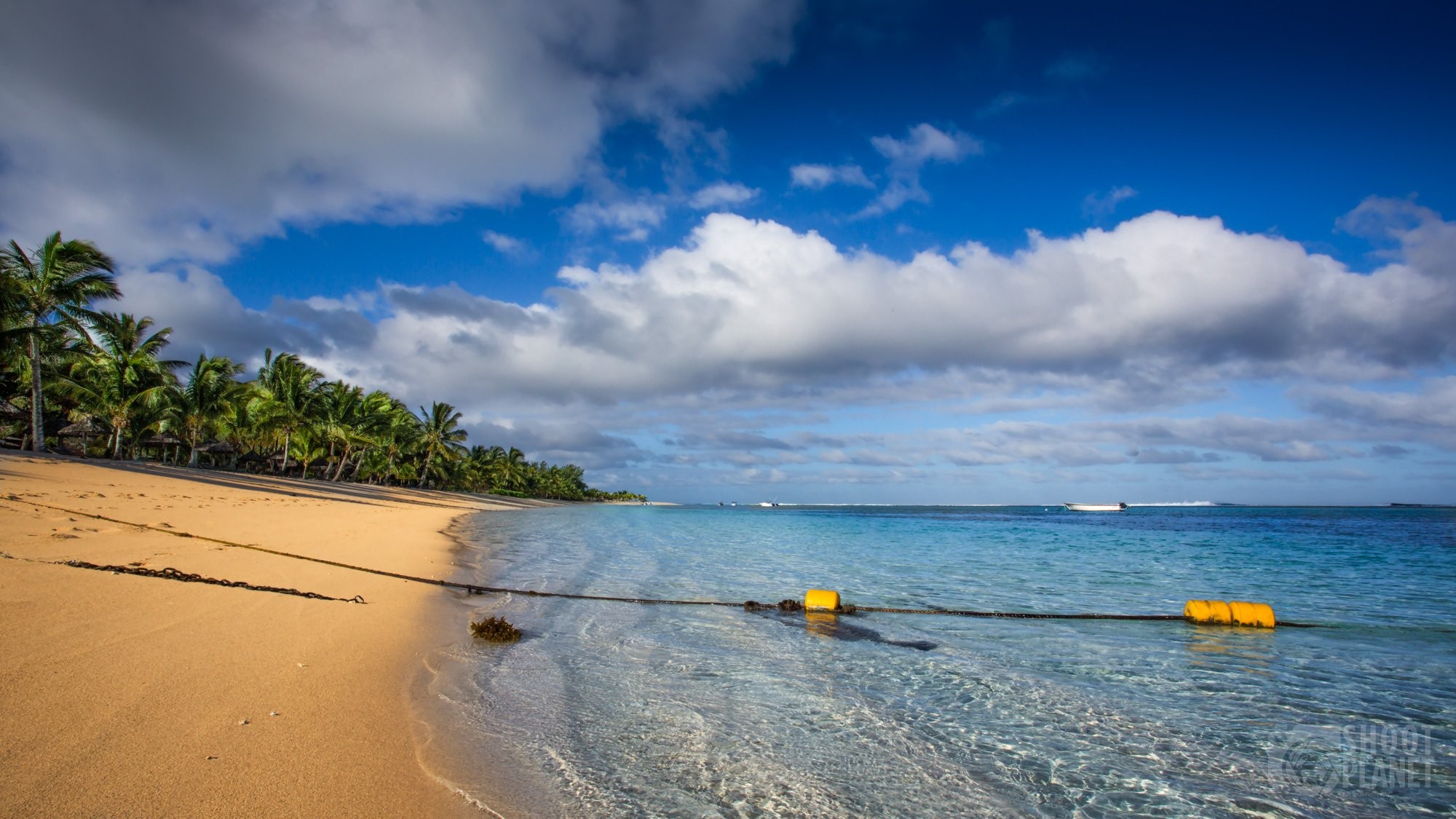 The country is frequently voted as one of the world’s best honeymoon destinations. There are many accommodation choices, for all budgets and tastes, so you’ll definitely find something that works for you. However, staying on a beach somewhere and touring around is obviously the preferred option… 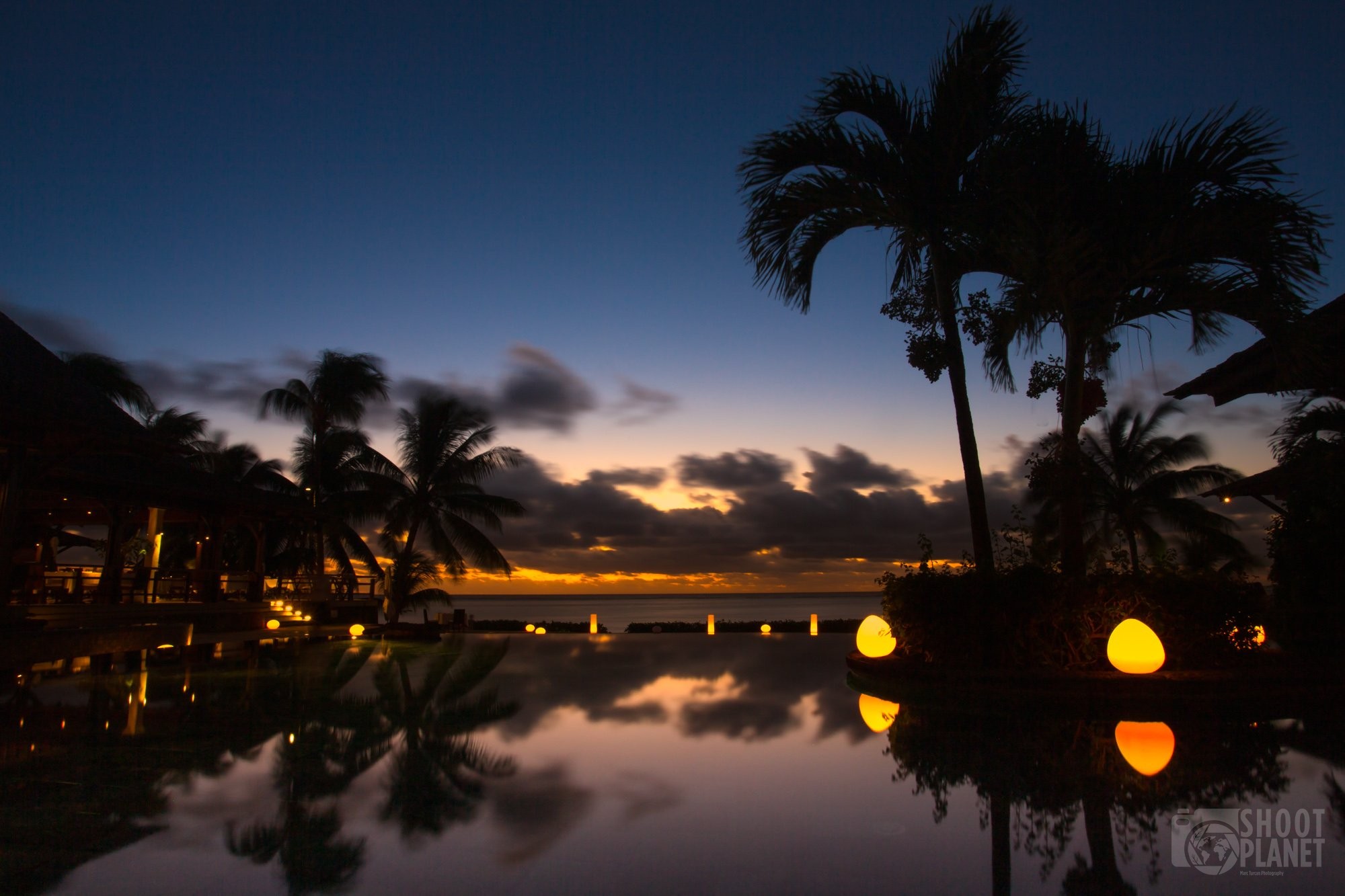 10 places not to miss places in Mauritius

Mauritius is host to two UNESCO World Heritage sites: Aapravasi Ghatthe (remaining buildings made by indentured laborers from India), and the beautiful Le Morne Brabant. The mountain was once a sanctuary for escaped slaves and is now a great spot for hiking. You can hike it within 3.5 to 4 hours (up and down) with great views. It is also great to enjoy amazing sunsets from some beaches with a view of this beautiful mountain, that you can find on many photography prints 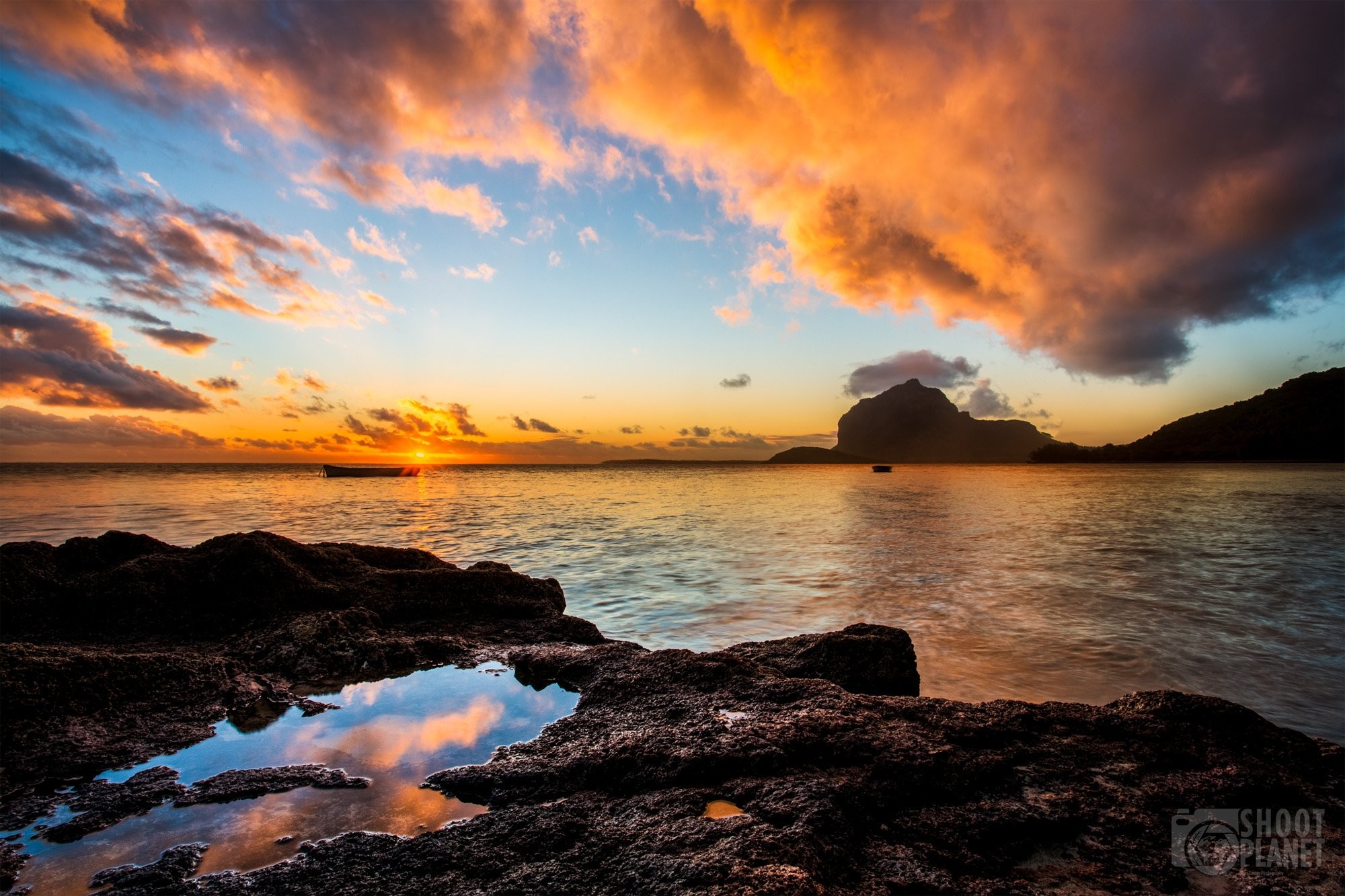 There are countless amazing beaches in Mauritius. Belle Mare, Flic en Flac, and Trou aux Biches are rated as the most famous ones and are really worth a visit.  In my opinion, one of the must-see locations is l’Ile aux Cerfs (the “Deer Island”) on the east coast. Nowadays, there are no more deer on the island (just tourists 😢), but this hectare island is host to some of the world’s most beautiful beaches and is really worth a day trip, either from the coast or on a boat. The crystalline lagoon water is amazing! 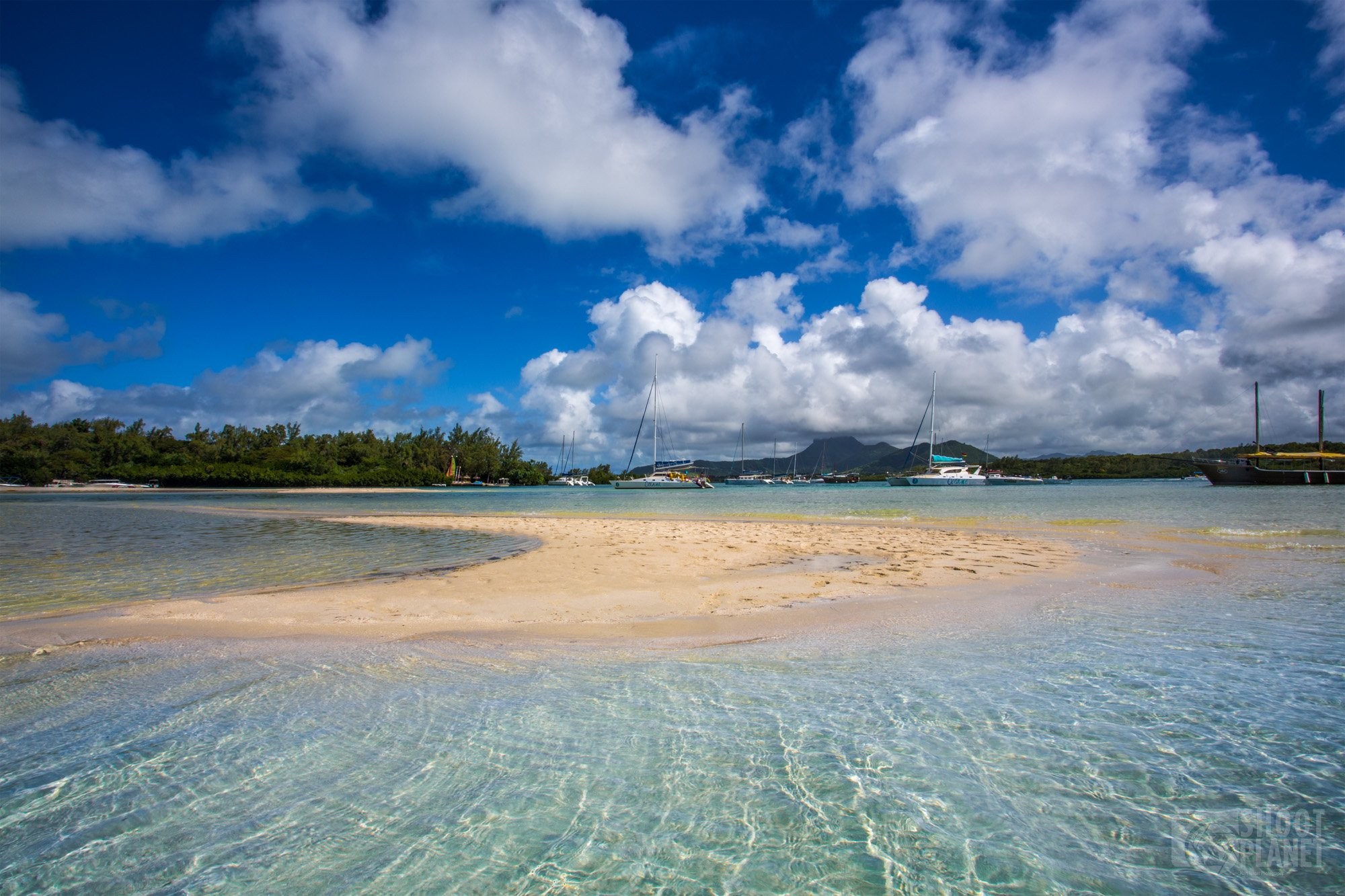 This is a beautiful geological formation on the southwestern part of the island. The (quite small) area of sand dunes has undulating strips of red, brown, orange, purple, blue, violet, and green, and is one of the most visited and photographed Mauritius landmarks. These amazing dune colors are due to the volcanic eruptions, which cooled off at different rates, creating a surreal, lunar-like landscape. Under a stormy sky with some sun on the dunes, it’s easy to feel like you’re on a different planet! 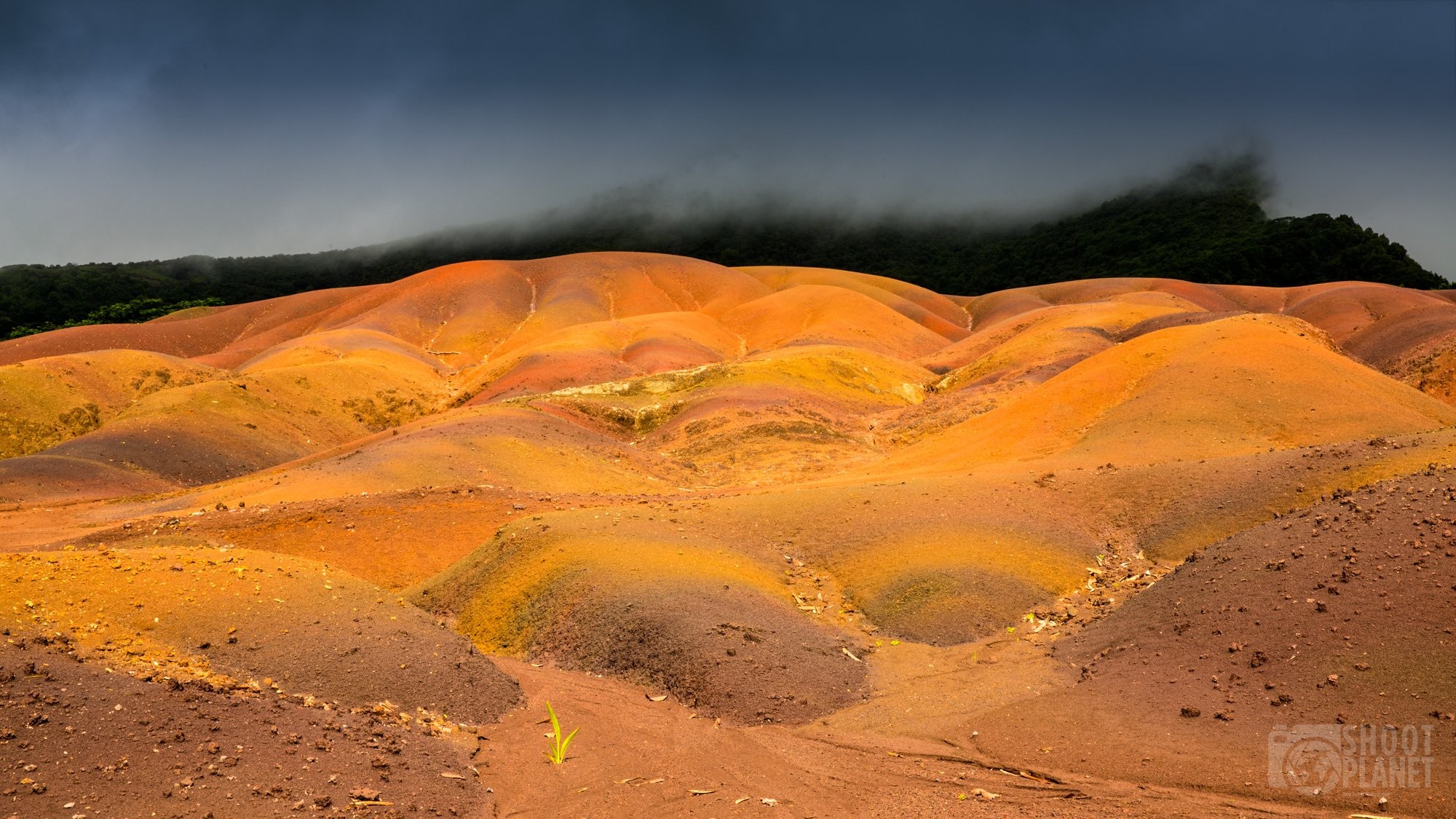 The waterfalls of Chamarel on the St. Denis river are 83m-high (272ft) and a famous landmark of the Island. You can see the waterfalls from above in Chamarel Seven Colored Earth reserve, or hike down the trail for a different view and a swim. You can also spot many animals on the way, like the Calotes Emma Gray’s forest lizard below. 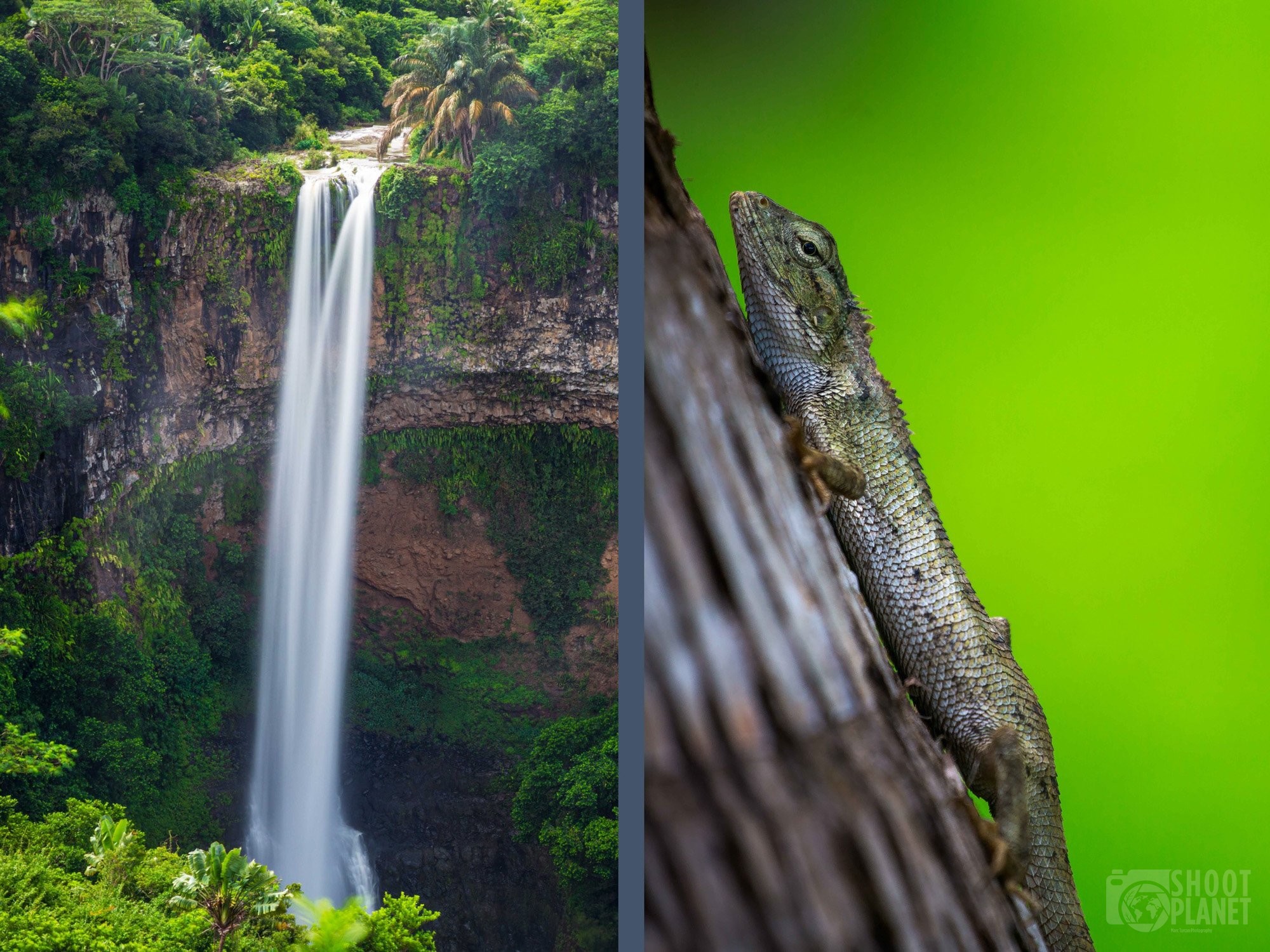 This is the largest national park in Mauritius, covering about 2% of the island. Many hikes are possible there and you can easily combine it with the Chamarel visit above. The landscapes are beautiful, there are many endemic plants, a conservation area (with rare orchids), and you can see a lot of beautiful bird species like the red-whiskered bulbul and many others. 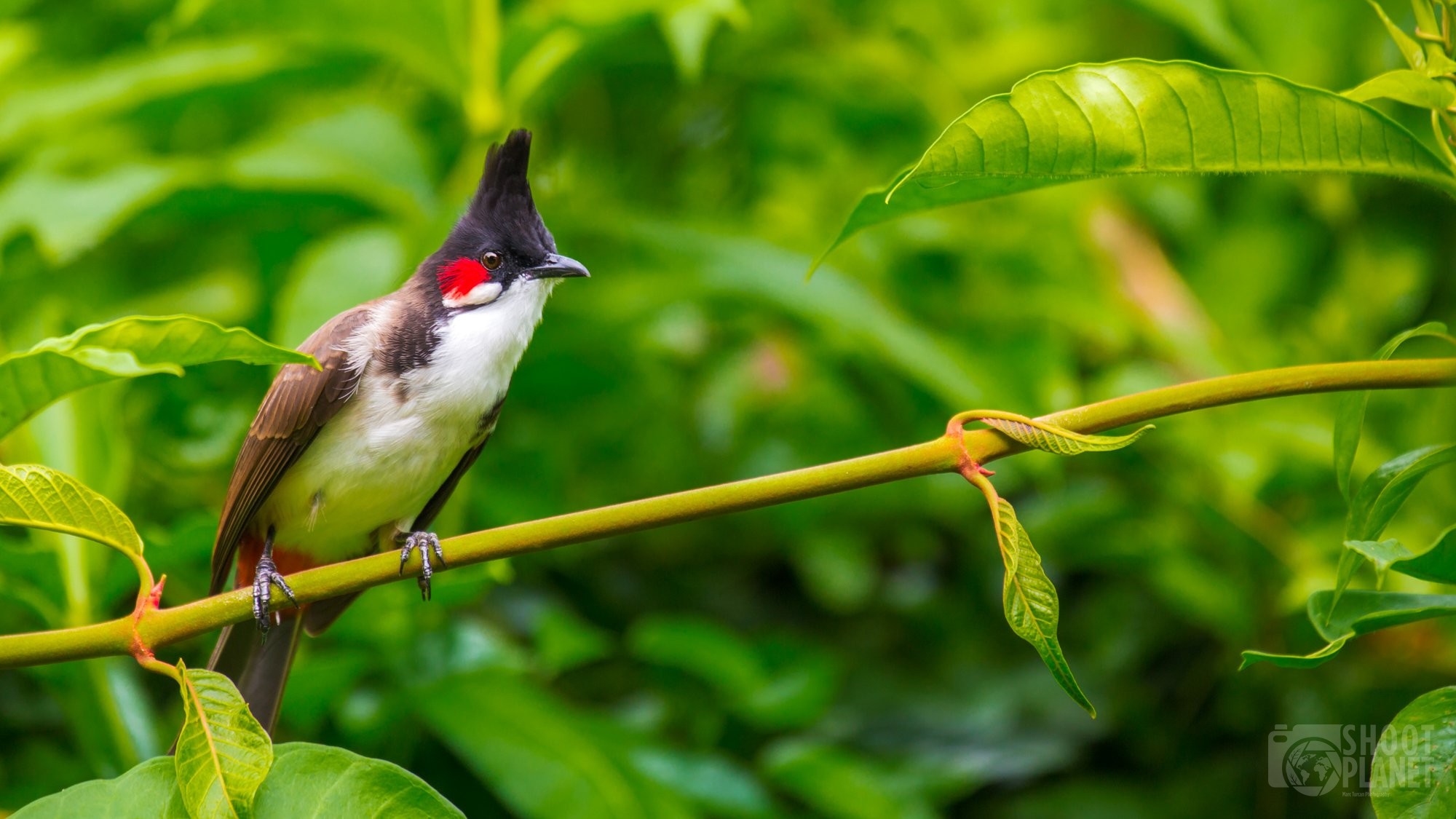 Mauritius is the only African country with a Hindu majority (almost half of the population). The passage of different civilizations has given this country great religious diversity and tolerance. Maheswarnath temple (known as “Grand Shivala Triolet”) was built in 1819. This is the biggest Hindu temple in the nation and it is devoted to the Gods Shiva, Krishna, Vishnu, Murugan, Brahma, and Ganesha. It is really worth a visit! 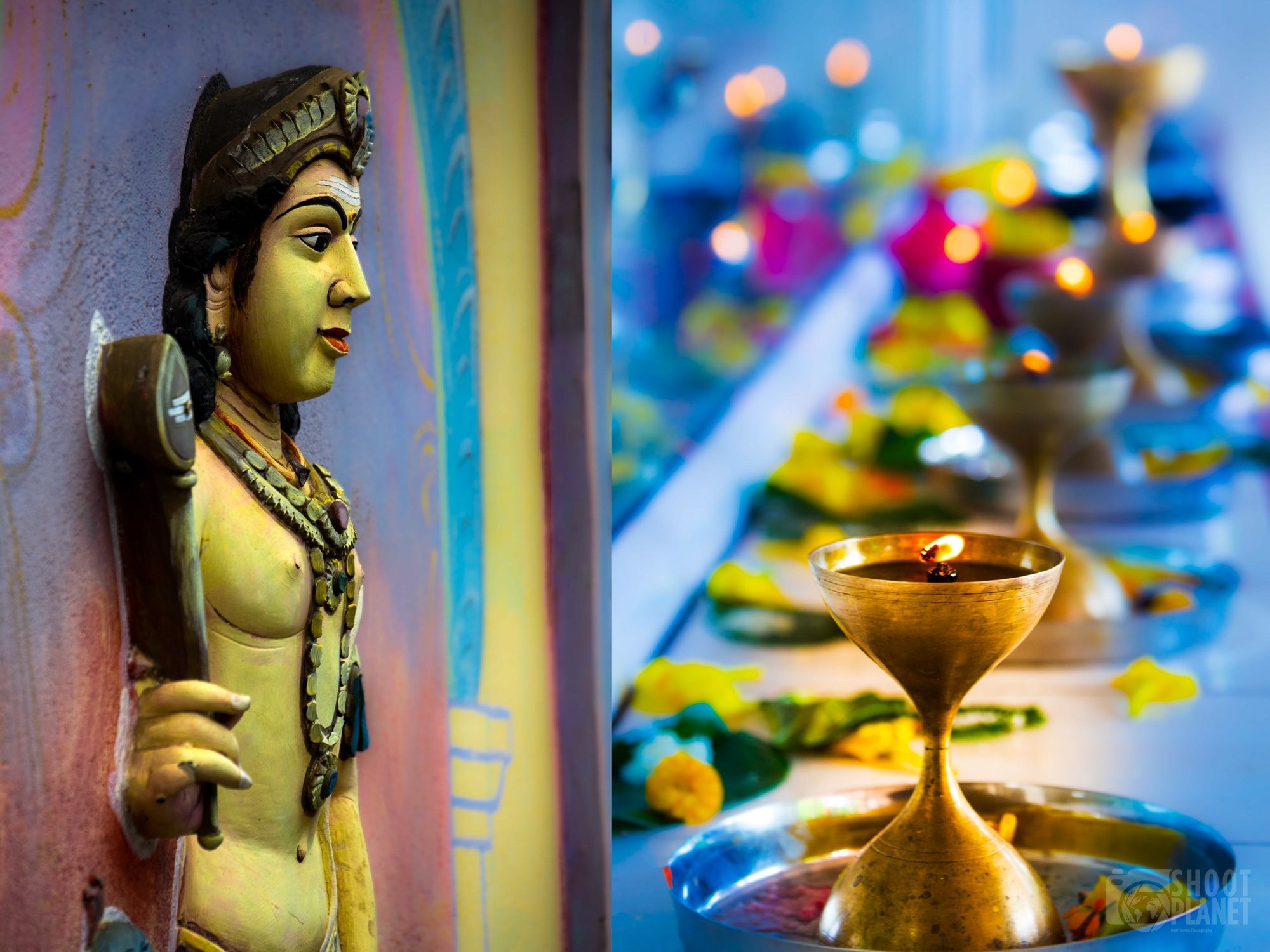 Just 2 miles away from Souillac (south of Mauritius), Rochester Falls is a beautiful 10-meter-high cascade surrounded by wild and lush green jungle. The cascade has been featured in many Bollywood movies. You’ll see often young locals jumping from the top of the cascade (you can try, but 10 meters is rather high up 😳). 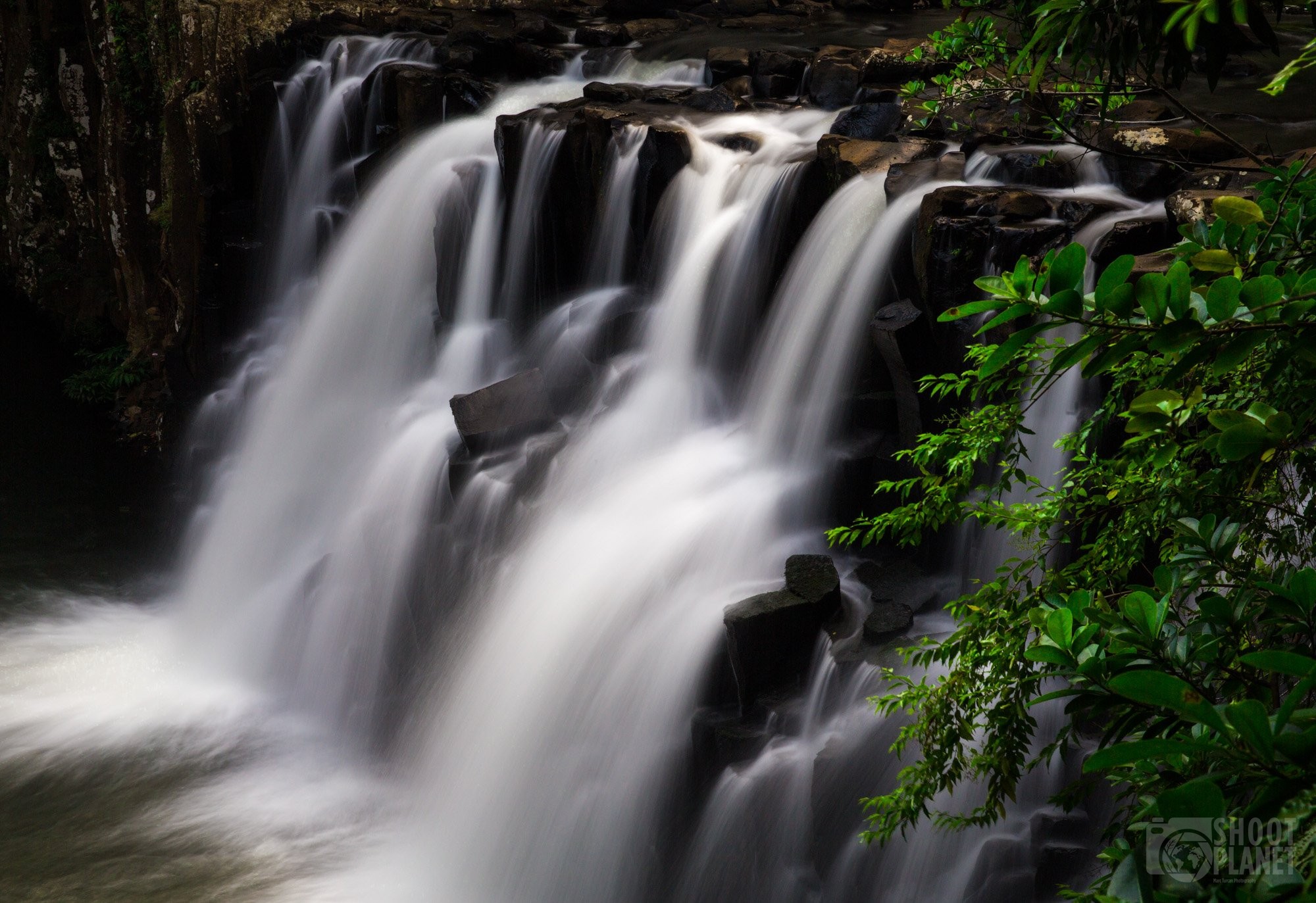 Lion mountain, in the southeast of Mauritius, is a nice hike requiring moderate effort. It provides great views over the bay of Mahebourg and the southeast coast. Alternatively or additionally, just walking around in the sugar cane fields is a nice hike, as well. 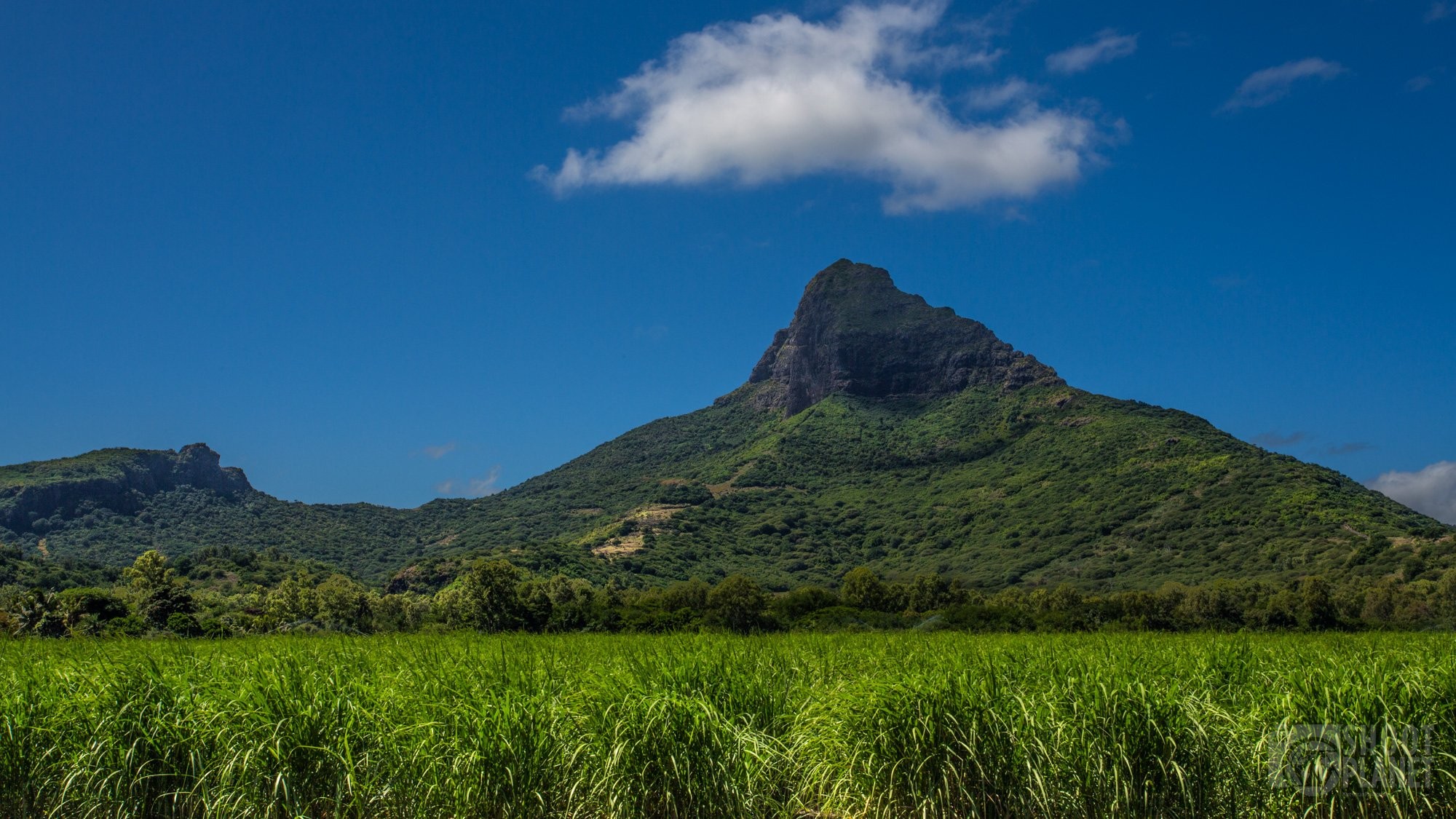 Tired of white-sand beaches? For a bit of a change and different scenery/picture opportunities, go to Rivière de Galets (“pebble river”), along the coastal road in the south of Mauritius close to Ilot Sancho, between Souillac and Bel Ombre. 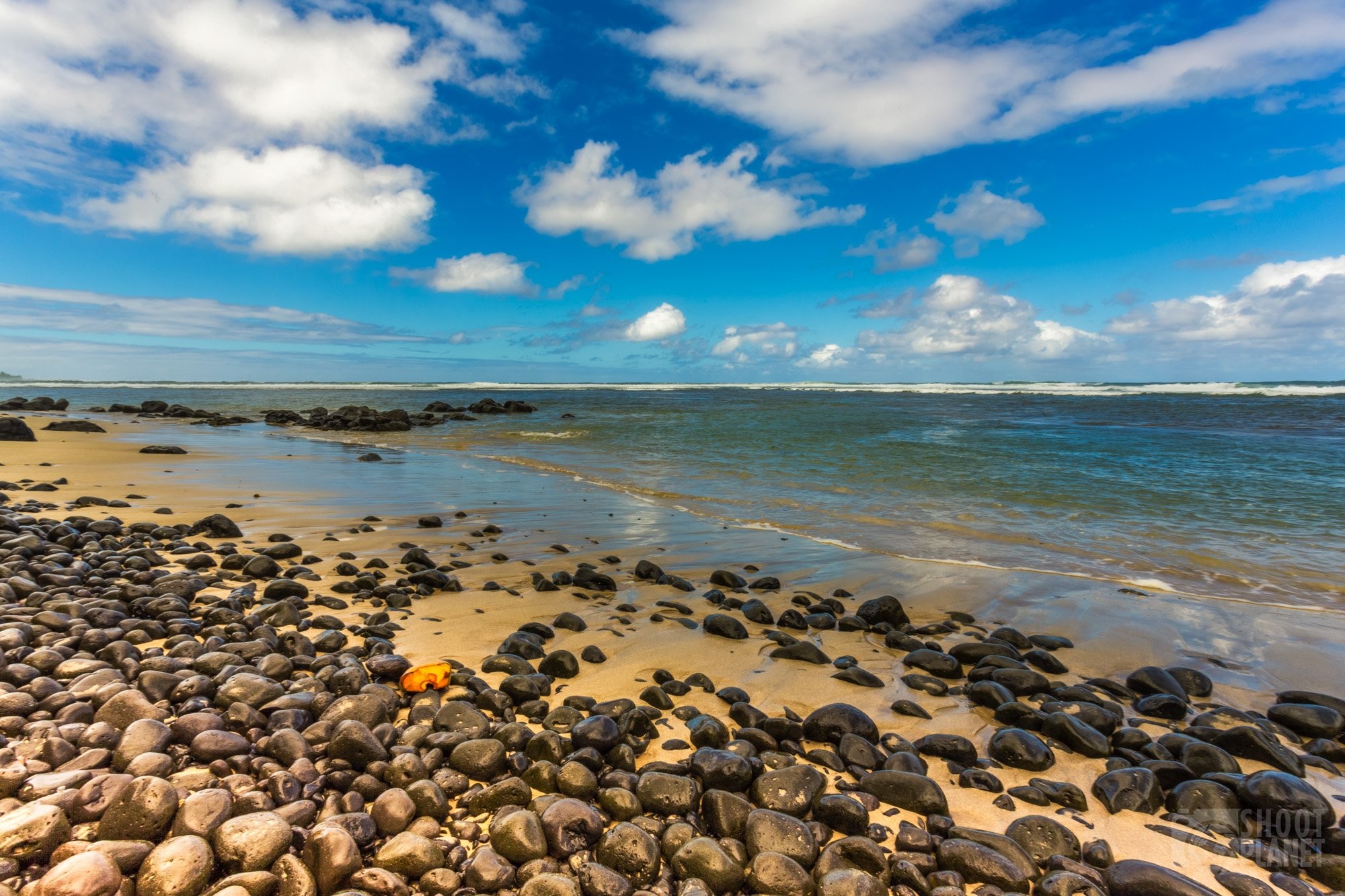 While I’m not a big fan of captive animal zoos, I’m still naming La Vanilla Park for taking care of captive-bred giant Aldabra tortoises. Sadly, these are the last surviving giant tortoise species in the Indian Ocean, with most remaining population obviously on the Aldabra atoll (Seychelles). It is one of the largest species of giant tortoises (up to 300kg) that can live over one hundred years, assuming humans don’t mess up with them… 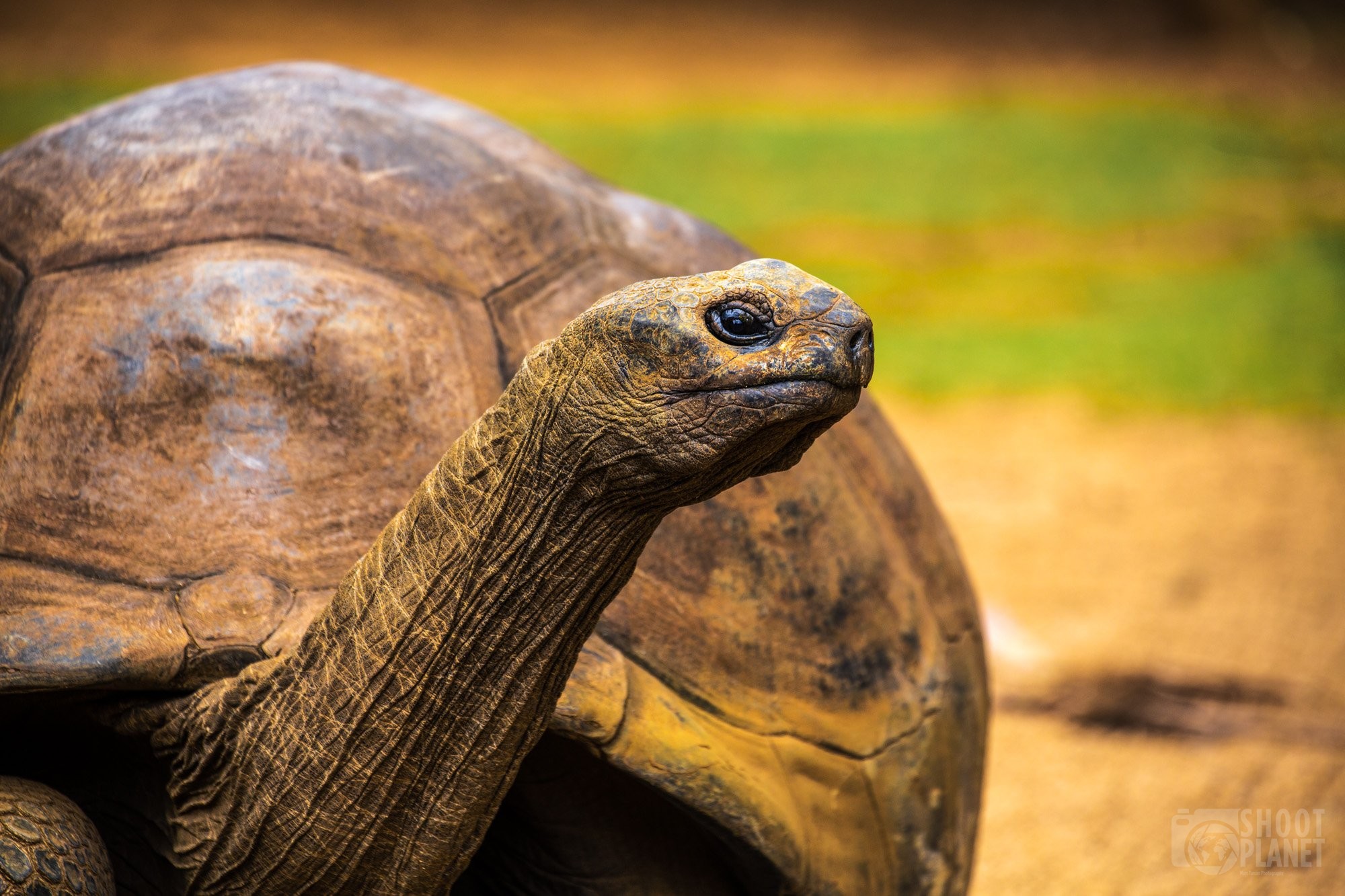 A few practical pieces of information:

Distances are shorter than time

As described above, there are a lot of amazing places to visit, and I could have listed many more (e.g. l’Ile aux aigrettes, Port Louis, etc.). Be aware, however, that it takes quite some time to go around by car or by bus, so pick a hotel in an area central to your areas of interest. Time will fly each day and you don’t want to miss the sunset! 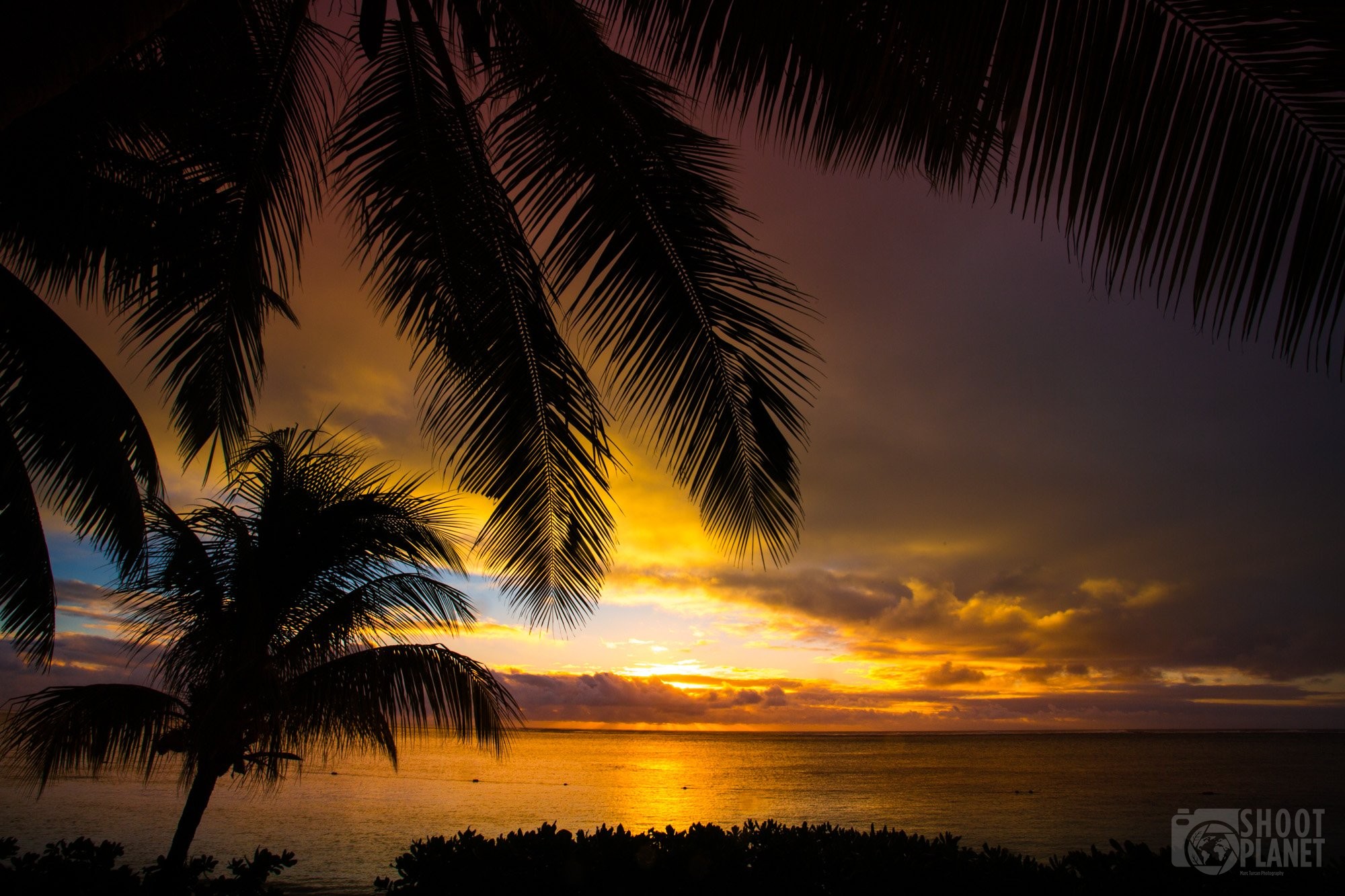 Many activities are available, including great “do nothing” options

You’ll find, in Mauritius, all the usual paradisiac island ocean activities, from snorkeling to sailing to deep-sea fishing. “Do nothing” is also a plausible choice to consider, under coconut trees on one of the many beaches around. 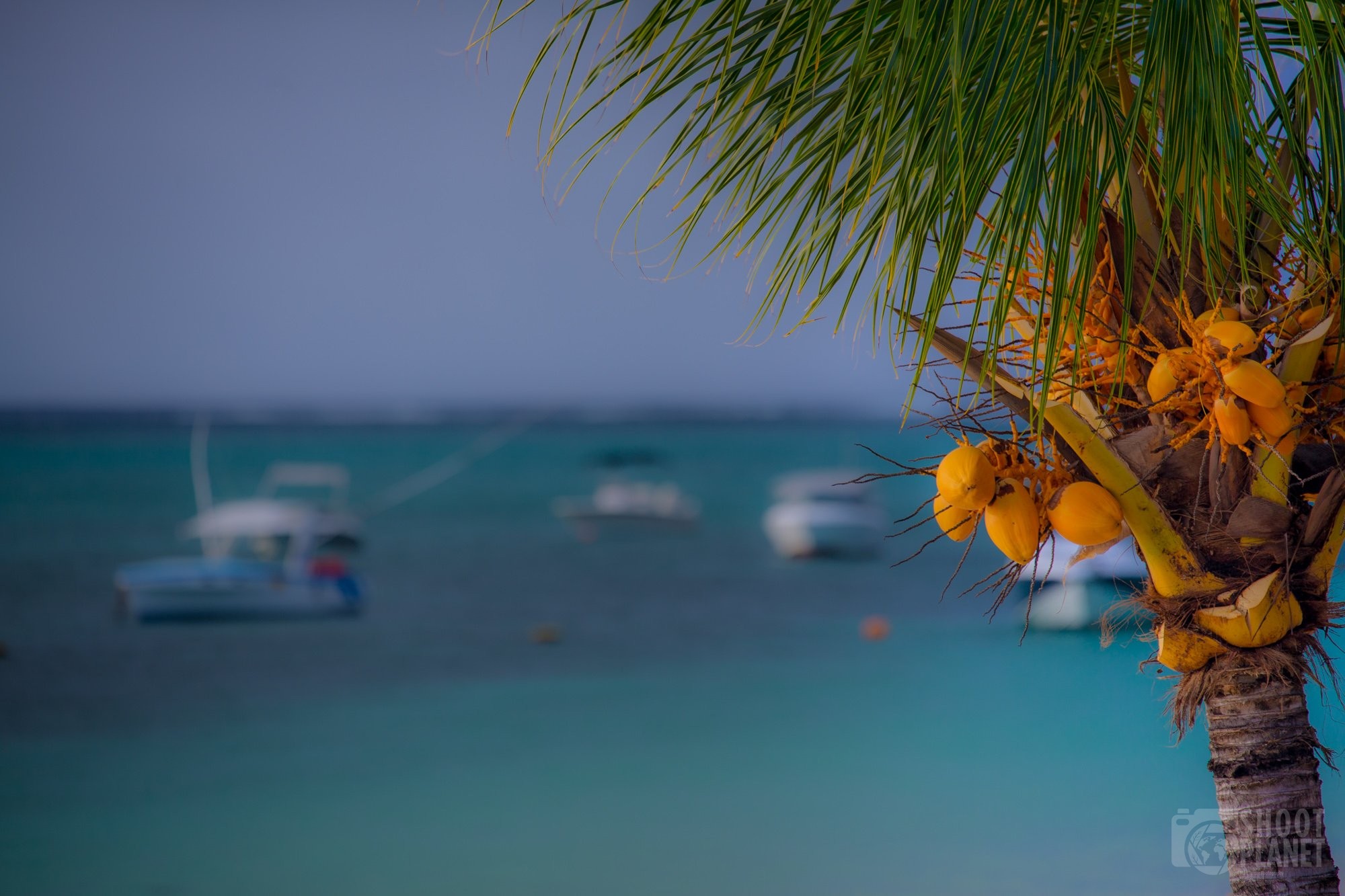 You can go to Mauritius at any time

Due to its tropical climate, the temperature does not vary a lot during the year, and rainfall is evenly distributed. For pure beach vacations, October to March is slightly better. However, during any month, you may get stormy showers almost daily for a short time and then shiny sun. Not an issue at all. Be prepared for amazing colors and rainbows! 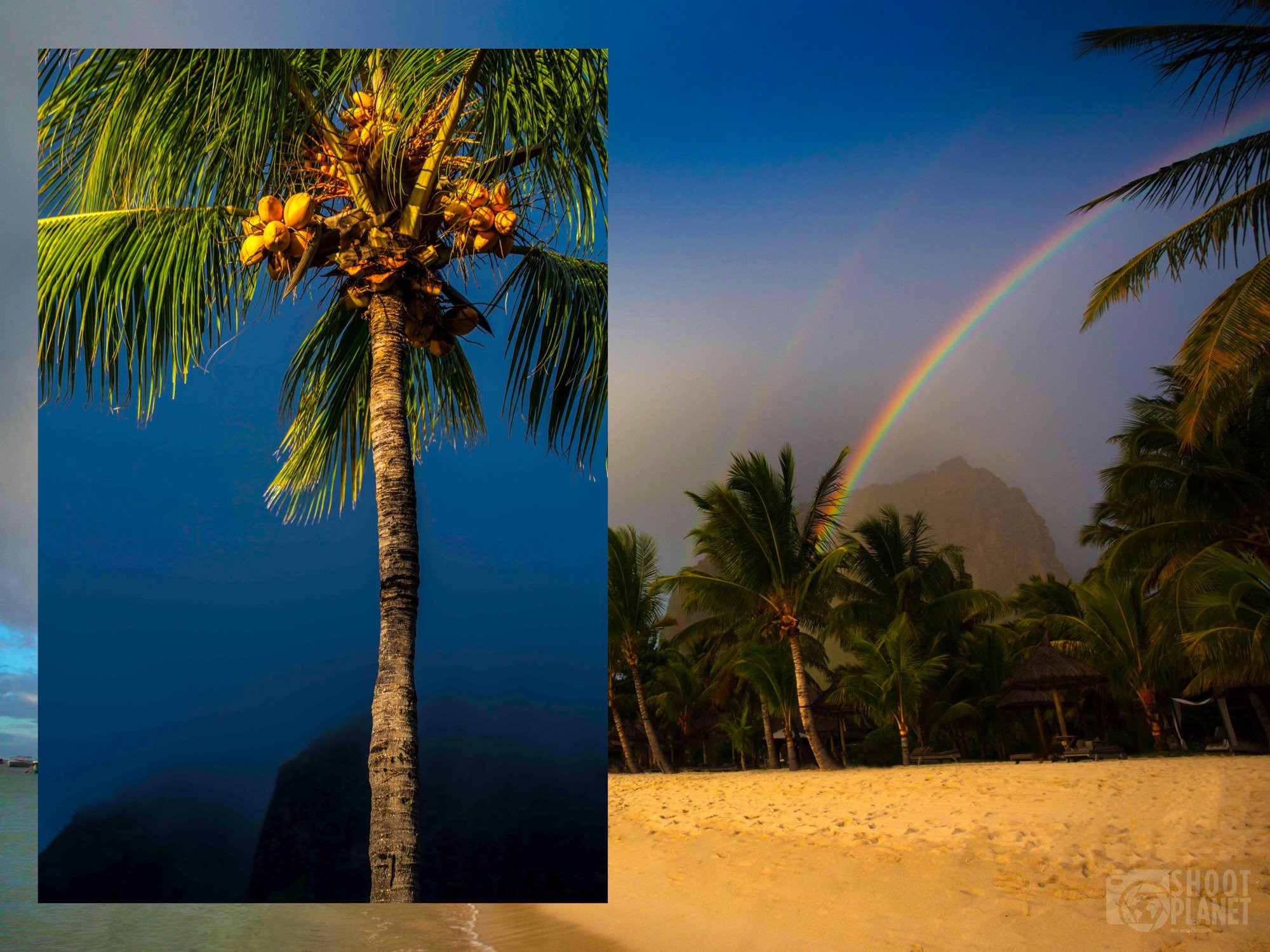 Heaven is getting rocky

So, what’s up on the sustainability front?

Like in many places around the globe, one of the devastating consequences of global warming is the rising global sea level. The rise is factually accelerating in a scary way. Last decade, the average was 2.6 times faster than during the last 100 years and last year was almost twice the last decade. In Mauritius, the impact is already very significant, to the point that the minister of the environment took back Mark Twain’s sentence a few years ago – to “Mauritius was made first and then heaven and heaven was copied after Mauritius,” they added that “heaven is getting rocky”.

In the last decade, some of the amazing Mauritius beaches already lost 10 meters of white sand… The ocean temperature change also has dramatic impacts on the coral reefs.

If you want to learn more about this, have a look at my post on the Tuamotus archipelago in Polynesia, articulating more details and confronting the fact that the flat, beautiful Tuamotu Islands were very likely to disappear due to global warming in the next 50 to 100 years.

Obviously, Mauritius will not disappear, but the impact will still be dramatic, both on the environmental and economic fronts. Mauritius is one of four countries in the world that never participated in ongoing international conflicts and has no meaningful tensions with neighboring countries.

This peaceful place can’t avoid or fix this global issue on its own. Individually and collectively, let’s engage and wisely use our voting power to ensure the right intentional leadership is in place in the large countries for a real step-change.

This may allow our grandchildren to still enjoy this beautiful place. 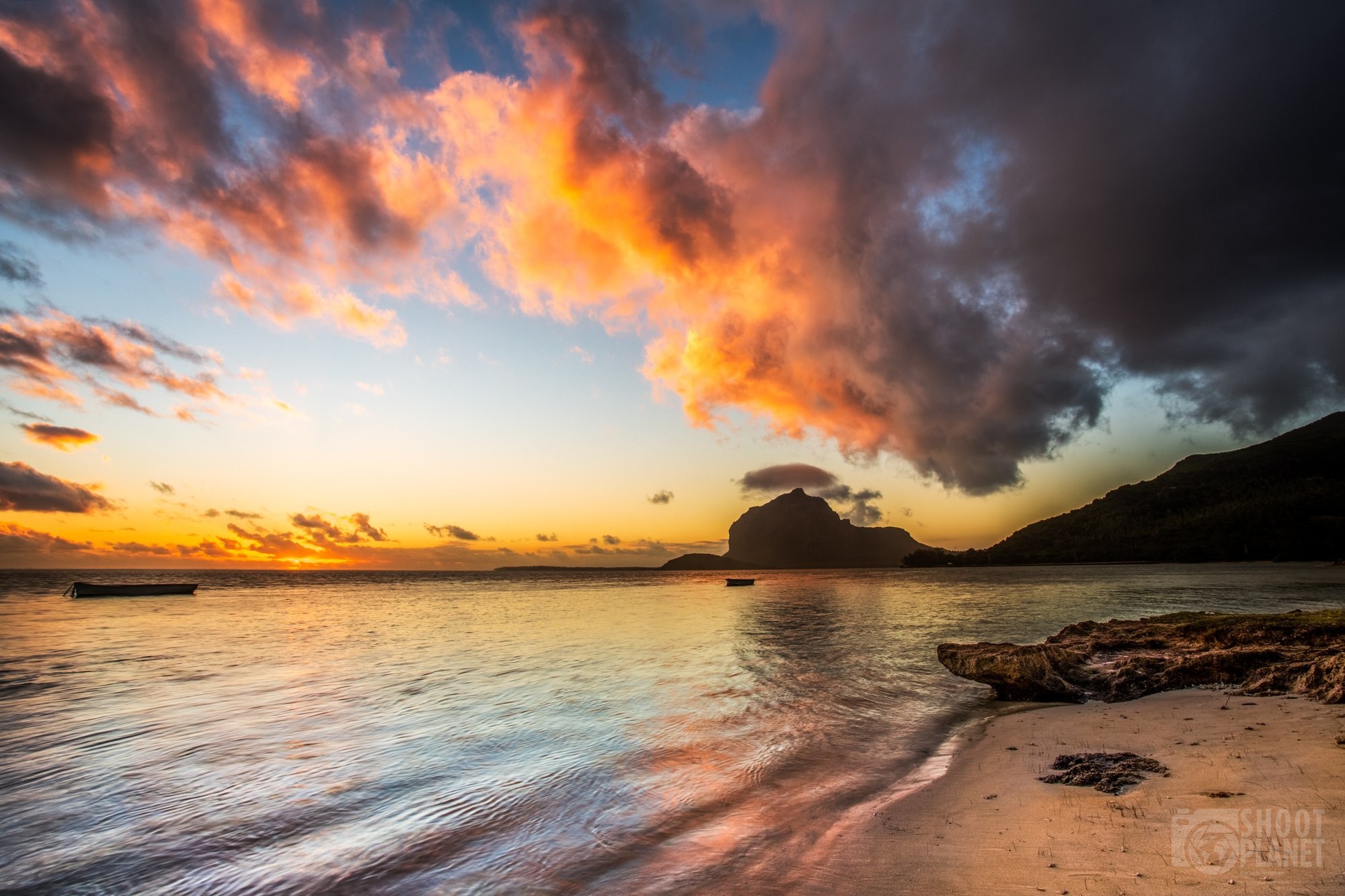